A Drop Of Gene Therapy 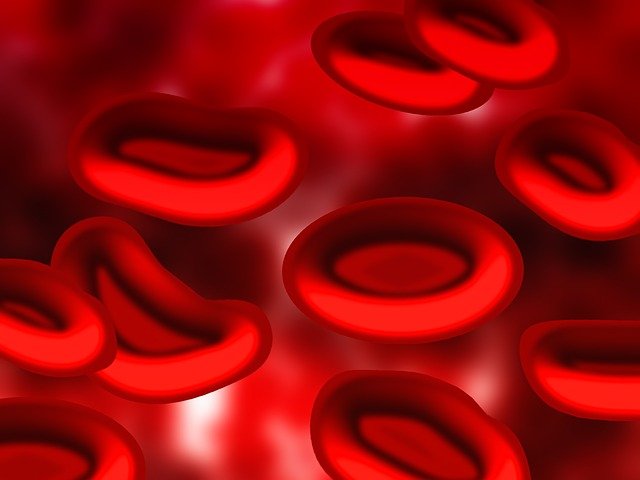 A Walk In The Park For Hemophilia?

Imagine tripping over your feet during a leisurely stroll down the sidewalk. Ouch! Your knees are scraped below your shorts and blood starts to drip. A quick wipe from a conveniently pocketed napkin and soon enough, you are the proud owner of some new scabs. Life goes on.

If you are one of the 20,000 Americans with hemophilia, this story has a much different ending. Hemophilia is a condition which prevents scabs from forming due to a lack of functional blood clotting factors. You would need to start replacement therapy right away, or the bleeding could last days, weeks, or even lead to death.

Getting the clotting protein factors for a bleeding hemophiliac involves receiving donor plasma or an infusion of biologic drugs produced using recombinant DNA technology. Unfortunately, these traditional replacement therapies have been cumbersome in practice, especially for patients with severe hemophilia. Clotting factors are not stable: they have a half-life of between 10 and 25 hours, so infusions have to be repeated every 48 hours.

Significant improvements in treatment efficacy have increased the quality of life for hemophiliacs since our original issue on this topic, which aired in June of 2014. Let’s find out what’s on the market and in the pipeline, hopefully making for an easier walk in the park for hemophilia.

There are two types of hemophilia, A and B. Both are tied to the clotting factor involved in stopping scabs; Hemophilia A, the most common, lacks clotting Factor VIII and hemophilia B is deficient in Factor IX.

Hemophilia is a monogenic disease—mutations in only one gene can cause the disease—which makes for a tantalizing therapy target. If scientists can deliver a correct copy of the gene that codes for the deficient clotting factor, then the patient will be able to make the clotting factor for himself, and no longer be forced to rely on infusions.

Gene therapy relies on viral vectors to deliver genes to patients. A virus is simply a segment of genetic material—either RNA or DNA—encapsulated in a protein coat. Proteins on the surface of the virus help to target it to proteins on the surface of a specific host cell. Once inside the host cell, certain viruses have evolved to incorporate their genetic material into the host’s genome, in order to “trick” the host cell into making viral proteins.

Scientists have been able to adapt these viruses into delivery vehicles for therapeutic genes by tweaking them so that they do not cause illness to the person and do target the therapeutic tissue of interest. Using standard genetic engineering techniques, the virus can be further modified to contain the therapeutic gene.

In The Clinic: Gene Therapy

Over a decade ago, gene therapy stalled out in the clinic due to safety concerns. Researchers have now developed vectors that enable better control over where the therapeutic gene is inserted into the genome, making the therapies much safer. As a result, there are now several companies with gene therapy treatments in late-stage clinical trials for hemophilia and other serious illnesses.

BioMarin (Novato, CA) reported encouraging results in April 2016 from an ongoing gene therapy trial for patients with hemophilia A. Factor VIII is normally produced in the liver, so BioMarin scientists engineered a liver-targeting virus to deliver the gene for Factor VIII. After treatment, six of eight patients produced clinically meaningful amounts of the Factor VIII protein. Although these results are preliminary, and the number of patients small, they have generated much excitement within the gene therapy community because they are the first gene therapy trials to meet with any success at all for hemophilia A.

Spark Therapeutics (Philadelphia, PA) has also made headlines in recent months for its success in gene therapy trials to treat hemophilia B. In four patients treated with the viral vector delivering Factor IX, all are now producing about 30% of average levels of the protein—enough to enable patients to go without replacement therapy. Despite the small sample size, the consistency of these results has impressed clinical researchers.

Other companies that have reported preliminary positive results for gene therapy trials for hemophilia B include Baxalta (Bannockburn, IL) and Uniqure (Amsterdam, Netherlands). Dimension Therapeutics (Cambridge, MA) started a trial in May 2016.

The Tale Of A Man From Padua

One of the hurdles preventing past hemophilia B gene therapies from success involved an overly intense immune response to the therapeutic virus. By modifying the virus to be less recognizable by the immune system, co-administering immunosuppressants, and decreasing the amount of virus given to patients, the problem might be solved. However, decreasing the therapeutic dose limits the potential efficacy. Even for the small dose, many patients showed an immune reaction against the treated cells.

Enter the Padua gene variant of Factor IX, named after the town in Italy where a young man once lived with severe blood clots. It turned out his version of the Factor IX gene produced a Factor IX protein with 776 times the activity level of the normal variant. By using this Padua gene variant in the viral vector, clinical researchers were able to deliver much lower doses and still see a clinical effect. Spark Therapeutics and Baxalta are both using the Padua variant in their vectors. A life-threatening gene variation in one may prove to be life-saving for many.

In The Clinic: Genome Editing

Editing the genome itself is another approach eyeing the clinical trial space. Using zinc-finger nuclease genome editing, Sangamo Biosciences (Richmond, CA) has successfully corrected a mutated Factor IX gene in mice, and Sangamo is now conducting Phase I clinical studies with hemophilia B patients. Plans are in the works to file an IND for hemophilia A treatments later this year.

The push for better hemophilia treatments might finally get the much-needed shove into the market if the above-mentioned gene therapies pan out. From 48-hour infusions to using the power of our genes will make a huge difference in the lives of those suffering from the disease. The sheer force of gene therapy and genome editing are to be reckoned with, and we will be watching this space to see where the drops may fall.