Biosimilars: Ready or Not, Here They Come 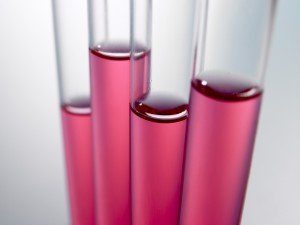 Filgrastim is a recombinant version of a naturally-occurring protein which stimulates the bone marrow to increase production of white blood cells. Patients undergoing chemotherapy, as well as those receiving bone marrow transplants, are often prescribed filgrastim to replenish the infection-fighting white blood cells destroyed by these treatments. While the European Medicines Agency (EMA) has already approved seven versions of the drug starting back in 2006, the FDA is playing catch-up while it determines the final parameters of the biosimilar launch.

Ready or not, biosimilars are making their stateside debut.

A biologic is the product (typically a protein) of a living organism, or cell, used to treat or manage a disease. How are biologic drugs made? By inserting the gene for a therapeutic protein into a bacterial or mammalian cell – which then makes the protein by following the recipe provided by the gene.

A biosimilar is more of a “remake” than a sequel. It aims to treat or manage the same disease as if it were the original biologic, but is produced using a different cell line, master cell bank (MCB), and/or different process.

The term generic drug refers specifically to copycat versions of small molecule drugs. Because their molecular structure is relatively simple, chemists can analyze the structure of a small molecule drug and synthesize it in the lab. Commonly available analytic techniques are then used to demonstrate their product is identical to the original.

In contrast, the structure of a biologic is highly complex. The analytical technology of today is unable to demonstrate two proteins are 100% identical to each other. Thus, a company making a follow-on version may need to carry out functional studies in the lab to show their biologic drug is highly similar to the original, hence the term biosimilar.

Of course, it’s not so simple: sometimes sections of amino acids are cut out; sometimes sugars are added; sometimes proteins bind together. All of these subsequent additions and subtractions affect the final folding pattern, or native protein shape. And in the world of proteins, shape is paramount in endgame protein function. If the cell does not add, subtract, or fold the protein correctly, the protein may not function properly.

To maintain uniformity in protein shape and function, each therapeutic biologic is produced from a distinct working cell line, originating from a specific MCB.

The Product is the Process

The gene sequences for therapeutic proteins are publicly available, so in theory it should be straightforward to make a “copycat” version of any biologic drug.

In practice, however, many external factors can influence the final, intricately folded, three-dimensional shape of any protein product.

Cell lines originating from different MCB’s are not identical, even if both are Chinese hamster ovary cells – a biomanufacturing favorite. These slight variations in the cells themselves may impact folding and the final product structure.

The precise manufacturing strategy the innovator uses is proprietary, so subsequent biomanufacturing protocols are likely to be a variation of the original. Thus, conditions under which the cells are grown also influence the final structure of the protein product. These facts give rise to the saying “the product is the process” – which cannot be easily duplicated.

one of these cells is not like the other

Because the chemical structure of the generic small molecule drug is identical to the original drug, the generic manufacturer may use the safety and efficacy data generated by the brand company – a savings of hundreds of millions of dollars.

Biosimilars must sing a different tune since they are only similar, not identical, to the original biologic. Biosimilar manufacturers are not (yet) allowed to cite safety and efficacy data from the original clinical studies, and must run their own trials as defined by their governing regulatory body.

How does the regulatory process work? At this time, the EMA (and now the FDA) allow biosimilar manufacturers to present data, based on laboratory characterizations, showing their proposed biosimilar is “highly similar” or “comparable” to the original product. Based on this level of similarity, the regulatory agency may then allow abbreviated clinical studies. In other words, biosimilar manufacturers must still test for safety and efficacy in human patients, however, the amount of testing required varies on a case-by-case basis and carries less burden than a new approval.