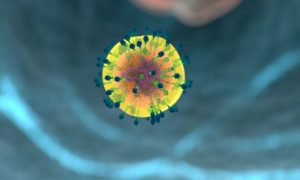 Drug discovery in space? If this sounds like a page from science fiction, think again. Leading pharmaceutical companies are now collaborating with NASA to run experiments on the International Space Station (ISS). The focus on bone density, protein structure, vaccine development, immune function, and aging brings a swath of potential to this fascinating endeavor. In this issue, we’ll understand the reasons for doing biomedical research just outside the Earth’s orbit and highlight some of the most intriguing projects on the move.

The Gravity Of The Situation

First, the obvious question—why? Drug discovery research is already extremely resource-intensive on Earth. Why add to the time, effort, and expense by conducting research in space? Because of the unique environment offered by the ISS: microgravity.

As the space station orbits around the earth in free fall, so too does everything contained inside. The result is an environment of weightlessness that can be maintained for significant periods of time, enabling observations and the completion of certain technical tasks unachievable on the ground.

Plenty Of Bones About It

The therapeutic area most associated with microgravity research is osteoporosis, which causes bones to become weak, brittle, and easily broken. In healthy people, bone is constantly being broken down and replaced. When bone is broken down more quickly than it is replaced, the loss of bone mass causes osteoporosis.

One of the major factors that contributes to healthy bone mass is weight-bearing exercise, such as walking, jogging, or weight lifting. On Earth, just walking around every day can help your bones. In contrast, astronauts on a mission must use exercise machines to ensure they do not lose too much bone mass while in space.

Being on the ISS presents a perfect opportunity to improve the preclinical testing of osteoporosis drugs. On Earth, it is very difficult—if not impossible—to control for differences in an animal subject’s activity level as influenced by bone mass. In a microgravity environment this variable is removed, and investigators can conclude that any increases in bone mass are likely due to an experimental drug.

One FDA-approved osteoporosis drug, Prolia, was tested in mice on the ISS. Prolia (Amgen; Thousand Oaks, CA) is a monoclonal antibody that inhibits the cells that break down bone.

Many drugs work by simply inhibiting an overactive protein. For example, overactive kinase enzymes can signal cells to divide when they should be at rest, leading to cancer. It is much easier to develop an inhibitor against a drug target when the target’s structure is well characterized. One of the most effective small molecule kinase inhibitors, Novartis’ (Basel, Switzerland) Gleevec, was developed based on knowing the structure of the kinase BCR-ABL.

In order to determine protein structure, researchers must first obtain a crystallized form of the protein, which in many cases is not possible. Enter microgravity. Various researchers, largely from academic and government labs, have demonstrated that the quality and size of protein crystals generated in microgravity is often much higher than those made on Earth.

Now, pharmaceutical companies are getting in on the action—Lilly (Indianapolis, IN) is conducting protein crystallization experiments in collaboration with NASA. Lilly is also investigating the potential that microgravity eases the process of protein freeze drying and solid-liquid-gas mixture processing, both crucial to biologic drug formulation. Merck (Kenilworth, NJ) is also running protein crystallization studies on the ISS.

Needling In On Vaccines

Vaccine development is yet another area of medicine that has benefited from microgravity research; it turns out various pathogens increase their virulence more quickly in space than on Earth.

Austin-based Astrogenetix is using microgravity to better understand pathogens such as salmonella and methicillin resistant streptococcus aureus. Astrogenix was able to identify the genes attributed to both pathogens’ ability to cause disease—a process that can take years on Earth as compared to months in microgravity. These identified genes are then deleted to make a vaccine strain—a weakened version of the virus that still produces antigens which are recognized by the immune system, but lacks the ability to make people sick. The company is getting ready to begin clinical testing of a salmonella vaccine initially developed on the ISS.

It’s been known for several years that space travel has immunosuppressive effects on astronauts. Now, experiments conducted with T-cells grown on the ISS point to changes which closely mimic changes in aging populations. Observations show aging T-cells responding slower and less effectively against antigens. Dr. Millie Hughes-Fulford, a former astronaut and current investigator at the Veterans Affairs Medical Center in San Francisco, is studying these T-cell changes. Her work may lead to boosting the immune systems of aging populations or other immuno-compromised people in innovative ways.