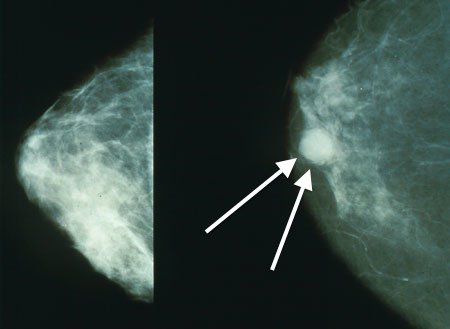 Hearing your doctor utter the words HER2-positive, HR-positive, triple-negative, or BRCA mutation can be devastating — even for the most resilient person. Simply put, breast cancer is a complex disease. A diagnosis can be derived from any combination of the factors listed above — or, none at all.

The National Cancer Institute has outlined four molecular subtypes of the disease. Each subtype is categorized by the cancer’s hormone receptor (HR) status and the level of expression from the HER2 gene. These cellular distinctions lead patients on different treatment journeys because the cancer subtype determines the drugs used in a treatment plan.

HER2-positive (HER2+) breast cancer patients—about 20 percent of all breast cancer cases—have the most highly effective therapies available on the market. HER2+ cancer cells present greater than normal numbers of the HER2 receptors on their cell surface. These HER2 receptors bind growth factors, which trigger the cell to grow and reproduce more rapidly than normal. Mutations are more likely with rapid reproduction and thus, a tumor is born. 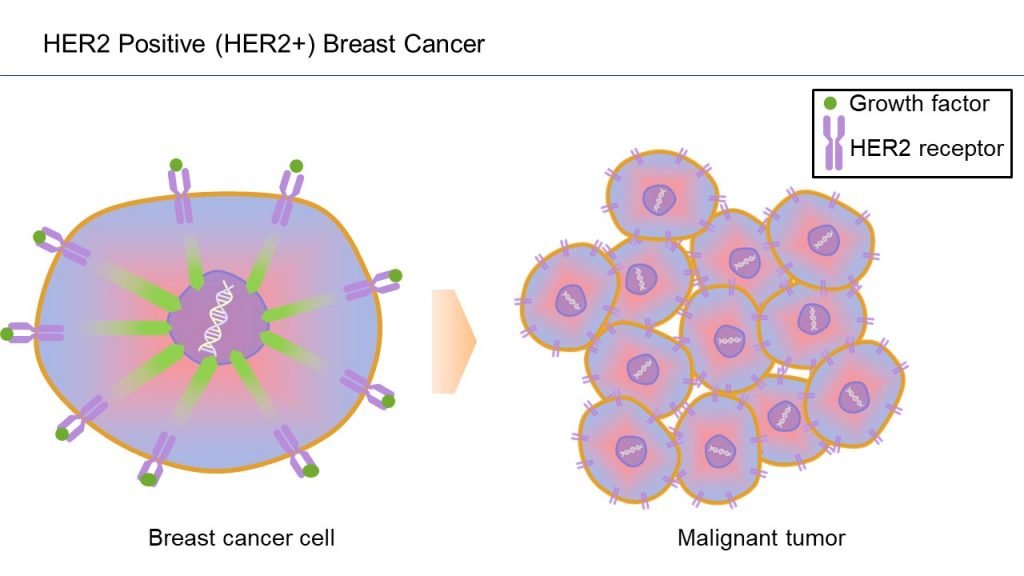 Kadcyla, also made by Genentech, is an antibody-drug conjugate—a monoclonal antibody that delivers a highly toxic drug directly to HER2+ breast cancer cells. Kadcyla binds the HER2 receptor like Herceptin, but also delivers a toxic payload, which is actually attached to the monoclonal antibody. As a normal part of the cell’s life cycle, cell-surface receptors get internalized or “taken up” by the cell on a regular basis. When Kadcyla is attached to a receptor that gets internalized, the toxic payload is released from the antibody and kills the cancer cell internally.

About 70% of breast cancer diagnoses involve a significant number of receptors for either estrogen or progesterone, making them hormone receptor positive (HR+). HR+ cancers may respond positively to treatments that block either the action or the production of estrogen. In some cases, these treatments may continue to be used for up to five years after initial treatment in order to prevent recurrence.

Two common types of medication for HR-positive breast cancers are tamoxifen and aromatase inhibitors. Both types of drugs may also be prescribed as a preventive treatment in women who are at high risk for breast cancer. In fact, tamoxifen is named on the World Health Organization’s List of Essential Medicines, a list of the most important medications needed in a basic healthcare system.

Both drugs work by blocking estrogen’s growth-stimulating effects on HR-positive breast cancer cells. Tamoxifen is a small molecule that was originally discovered by scientists at AstraZeneca (Cambridge, England) in the 1960s. Tamoxifen binds estrogen receptors and prevents them from transmitting growth signals to the cell.  Aromatase inhibitors block the production of estrogen by inhibiting an enzyme whose activity is required for estrogen production. No estrogen, no estrogen signaling. Different aromatase inhibitors on the market include Arimidex (AstraZeneca), Femara (Novartis; Basel, Switzerland), and Aromasin (Pfizer, New York, NY).

A new class of small molecule drugs known as PARP1 inhibitors gives hope to women whose breast cancer is associated with non-functioning BRCA genes. PARP1 is a second type of DNA repair protein. By inhibiting this pathway, DNA damage becomes so extensive that the cancer cells commit “cell suicide” (or apoptosis.) When the cell in question is a cancerous cell, apoptosis is a very good outcome.

Breast cancer is a complex disease, and a better understanding of its molecular causes has enabled researchers to develop more effective therapies. As our understanding of the disease continues, we can expect to see additional novel therapeutics.

The WEEKLY will be taking a hiatus for the next two Thursdays to enjoy the Winter holidays. See you in 2019!