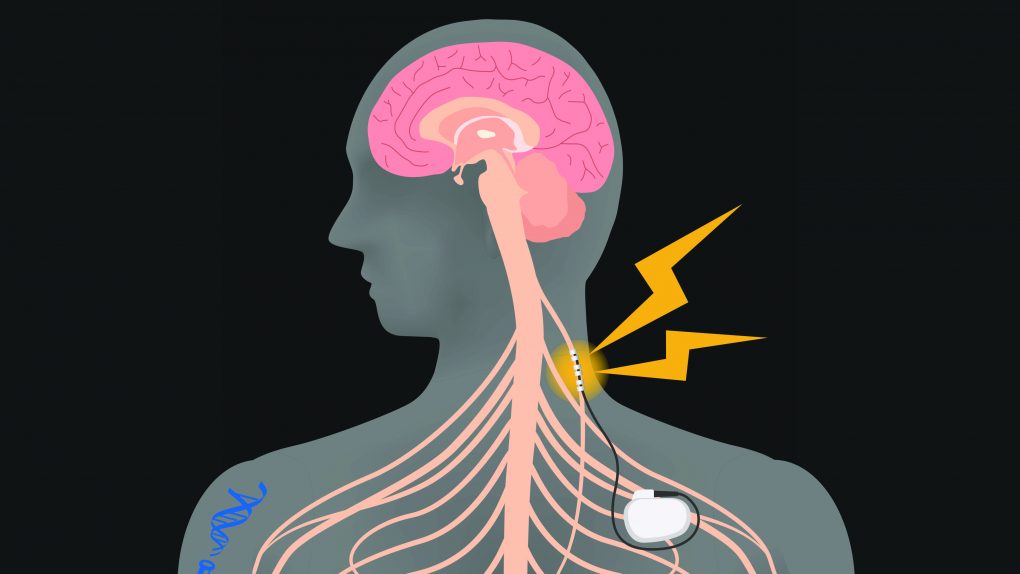 Migraine relief without drugs? No “digestive issues” due to pain meds after surgery? Better still, no worry about addiction after that appendectomy or hip replacement? Sounds a bit science-fictiony, does it not?

The news reminds us nearly every day of the profound need for pain management without opioids. As you read last week, alternatives to analgesics such as morphine, codeine, or fentanyl exist. But science also takes us beyond medicine: researchers have developed devices that control pain and inflammation electronically. This drug-free approach is called electrostimulation–using low levels of electricity to zap pain.

How does one feel pain in the first place? Pain, and more pleasant sensations (the taste of chocolate, for instance) come courtesy of the nervous system. This system serves as the wiring that enables the machines of our bodies to move, experience, and interpret the world.

The central nervous system is made up of neurons. These cells send and receive signals electrochemically, through signaling molecules called neurotransmitters. These chemicals are converted into electrical signals in the neuron. Here’s how: when a neurotransmitter reaches one edge of a neuron, the dendrite, it opens ion channels in the cell membrane. These tiny openings allow the positively charged sodium ions to pass through. These positive ions travel down the other side of the neuron through an extension called an axon. When the electrical charge reaches the end of the axon, it signals the release of other neurotransmitters, which then switch on other neurons and the chain of sensation unfurls. 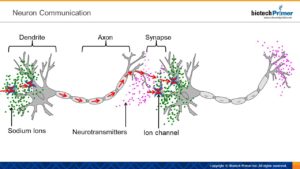 Groups of neurons form nerves outside the central nervous system. Nerves transmit sensory information such as touch, temperature, and pain. Different kinds of nerves respond according to the specific receptor on their surface. Pain receptors detect chemicals that tissue damage releases. The pain signal then zooms along the nerve to the central nervous system for interpretation and response by the brain. Pain can also be caused by direct damage to the nerves themselves (think pinched nerve).

SLAMMING THE GATE ON PAIN

Electrostimulation relies on the body’s ability to run interference on pain. It uses electricity to treat chronic pain by stimulating a patient’s peripheral nerves or spinal cord. In either case, a small pulse generator sends electrical pulses to the nerves or spinal cord, “shutting the gate” on pain.

Several companies already have electrostimulation-based devices on the market, including:

While neurostimulation can treat chronic pain, the technology may provide other therapies as well. Because nerve signals permeate the entire body, modulating them may work for other medical conditions. For example, neural signaling partially controls inflammation, the body’s response to injury. This suggests that neurostimulation may treat inflammatory disorders such as Crohn’s disease and rheumatoid arthritis.

Federal agencies, large pharmaceutical companies, and small start-ups are taking note. The National Institutes of Health (Bethesda MD) has established the Stimulating Peripheral Activity to Relieve Conditions (SPARC) program to fund the basic exploration of how peripheral nerves’ electrical signals control the function of internal organs. This effort may lay the groundwork for electroceuticals–the next generation of tiny neurostimulation devices.

In the private sphere, GlaxoSmithKline (GSK; Middlesex, U.K.) leads the charge. The corporation is heavily involved in creating a Nerve Atlas to map the nervous system’s role in disease. GSK is also investing in start-ups such as SetPoint Medical (Santa Clarita, CA), which has already produced clinical data supporting the use of electroceuticals on rheumatoid arthritis . Another of GSK’s notable investments in electroceuticals was the launch of Galvani (Stevenage, England) in 2016, in partnership with Verily (San Francisco, CA). Galvani is developing electroceuticals for chronic conditions including Type 2 diabetes, autoimmune, and endocrine disorders.

COCKTAIL FODDER: THE DOWNSIDE OF FEELING NO PAIN

Feeling no pain sounds great, doesn’t it? Yet people born with congenital analgesia suffer greatly from injury and illness, because they never feel the pain associated with them. In a BBC interview, sufferer Steven Pete talked about breaking a limb roller skating as a boy, noticing it only when friends pointed out the bloody wound caused by the bone protruding from his leg! Fortunately, this inherited nervous system disorder is extremely rare, with only 20 or so cases known in the medical literature.