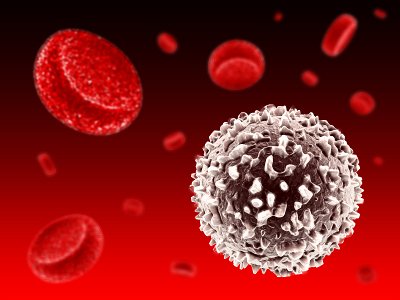 After using diagnostic technology to establish the existence of cancer, determining the severity is the next step toward developing a game plan. If metastasis is in the picture, strengthening your defensive line-up is a must.

The dissemination of circulating tumor cells (CTCs) from the primary tumor to unaffected tissue is a key step of early stage metastasis. CTCs break away from the original tumor and migrate to other areas of the body via the bloodstream. Metastasis is the main player propelling cancer to spread throughout the body.

There is conflicting evidence on whether invasive procedures that aim to diagnose and cure can potentially trigger metastasis. Regardless of the debate, the need to stop cancer at various stages is perpetually in demand.

In this issue of WEEKLY, we will piggyback from our earlier look at CTC diagnostics and examine developmental devices aimed at capturing CTCs—the running backs of cancer. Some of these clever devices have the potential to be used in conjunction with a cancer biopsy or surgery to prevent the possible escape of tumor cells during an otherwise life-saving procedure.

One way to pump up the defensive line is to implant physical traps to attract and capture tumor cells as they start to emerge from the pack.

Different types of primary tumor cells are attracted to specific proteins – those primary tumor cells tend to spread to tissues where those specific proteins are concentrated. For example, breast and prostate cancer cells tend to spread to the bone because of their attraction to a protein called stromal-cell derived factor 1 or SDF-1.

Preclinical work by scientists at Johns Hopkins University (Baltimore, MD) suggests implanting a device coated in SDF-1 could help to capture migrating prostate cancer cells. A similar idea is being explored by researchers at Santiago University (Santiago, Chile) with a technology called M-trap. M-trap would be implanted inside the abdominal cavity of ovarian cancer patients to seize migrating cancer cells. Both types of implantable devices have the potential to tackle the threat of metastasis.

Magnets developed at the University of Arkansas (Fayetteville, AR) and subsequently licensed to bay area biotech Accurexa, punt an elegant approach into the arena: a treatment that sidesteps surgery (if proven successful in clinical trials).

This promising technique has only been tested in animal models, but clinical trials are being worked out for breast cancer patients to include magnetic nanoparticles as a component of their surgery.

BLOCKING THE PLAY WITH SDF-1

The ideal scenario is for cancer cells to never make it past the starting line, but what if they have already made their way down the field?

FDA approved Mozobil (Sanofi, New York, NY) makes a run for the end zone by flushing bone marrow stem cells out of cancer patients. Mozobil blocks the cells’ interaction with SDF-1—the protein that attracts cancer cells to the bone marrow in the first place. When treated with Mozobil, prostate cancer that had spread to bone marrow appears to push those cancer cells back into the bloodstream, making them more susceptible to other types of therapy. Mozobil could potentially be used in combination with some of the highlighted devices above, adding two superstars to the dream team.