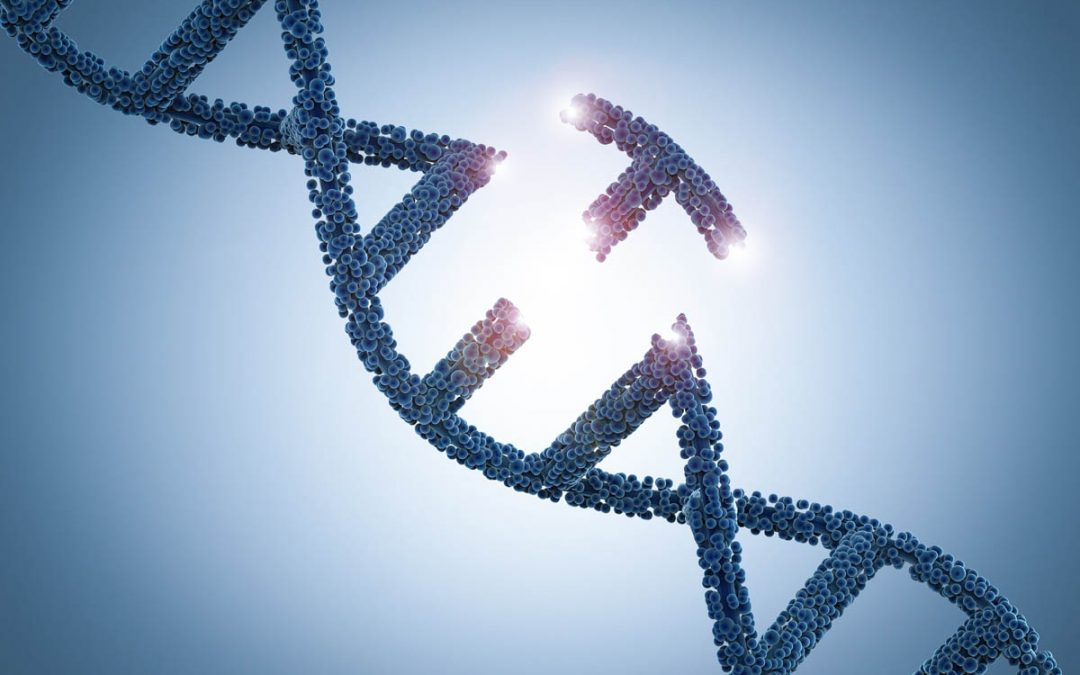 Earlier this week, a research team at the Southern University of Science and Technology in Shenzhen, China, announced the birth of twin girls whose genomes had been edited using CRISPR/Cas9. The work was done at an in vitro fertilization clinic prior to implantation of days-old embryos. The targeted gene, CCR5, produces a protein that the HIV virus uses to enter cells. Disrupting this gene means that the virus will not be able to infect the girls’ cells.

Not surprisingly, the work is controversial. Although CRISPR holds great promise for the treatment of genetic diseases, as with any experimental therapy, there are also risks involved. The U.S. National Academy of Sciences has issued a report concluding that, while one day editing embryos at risk of serious genetic diseases may be appropriate, at the present time the experimental technology should not be used in that manner. CRISPR has been used before to edit the genomes of human embryos by researchers in China as well as in the U.S., but this is the first time that an edited embryo has been implanted and led to a live birth. In the U.S., there is a law explicitly preventing the FDA from approving medical treatments aimed at creating heritable genetic modifications. In China, the law is less explicit, but just days after the announcement of the CRISPR-modified babies, scientist He Jiankui is under investigation by the Shenzhen City Medical Ethics Expert Board, which claims to have no recollection of approving the work.

CRISPR holds great potential for treating genetic diseases, but most experts in genetic medicine and bioethics are prescribing caution. The co-discoverers of the technology, Jennifer Duodna of U.C. Berkeley and Feng Zhang of the Broad Institute, have both issued statements urging a moratorium on the implantation of edited embryos until a global consensus on acceptable risks is reached. This week, the second annual International Summit on Genome Editing is taking place in Hong Kong. Hopefully this meeting will be the starting point for reaching that consensus, so the scientific community can move forward and bring the life-saving potential of CRISPR to fruition.

Here at the WEEKLY, we’d decided to take the many CRISPR headlines this week as a chance to review the basics of how this technology works.

Where Did CRISPR Come From?

CRISPR is a key immune response in bacteria. Like us, these microorganisms fall prey to viral infection. They’ve evolved a fascinating way to repel the invaders. In the 1980s, scientists observed a pattern in bacterial genomes: repeating, palindromic sequences, with unique sequences — “spacers”— between repeats. They bestowed a tongue twister of a name, “clustered regularly interspaced short palindromic repeats,” on the mechanism, which we happily call CRISPR. Scientists also noticed CRISPR sequences always occur near genes that code for an enzyme that cuts DNA. This enzyme became known as Cas, or “CRISPR-associated.”

In 2013, researchers adapted this defense for use in human cells. By adding a “guide RNA” and Cas enzyme to target a specific DNA sequence, scientists demonstrated the system could be used to cut human DNA in precise locations! This original Cas protein came from the Cas9 Streptococcus bacteria — hence the moniker CRISPR/Cas9. 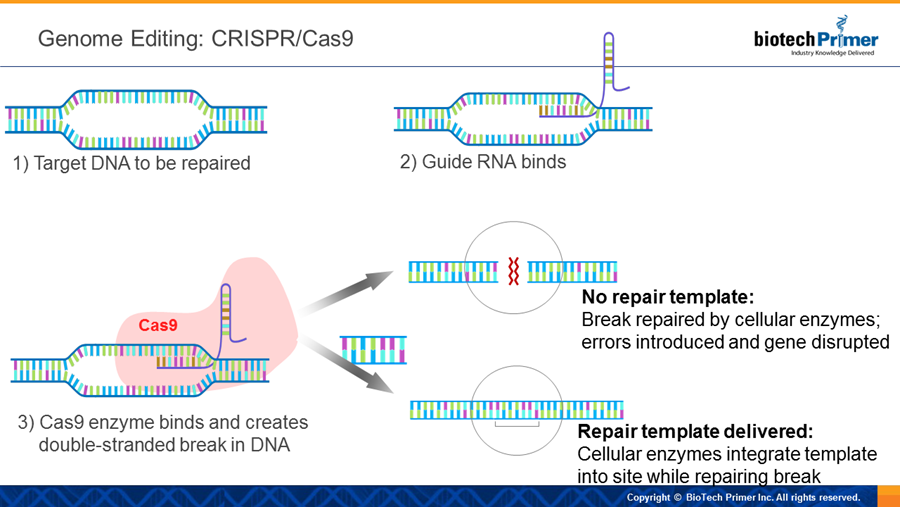 Both scenarios present possible cures for different types of disease. For example, CRISPR is currently in Phase I clinical trials at Sichuan University (Sichuan, China). Here, researchers are delivering CRISPR/Cas9 components to cancer patients’ white blood cells to disable the PD-1 gene. The PD-1 gene inhibits these immune cells. By deactivating the PD-1 gene the immune system is left intact and the patient should be able to more aggressively fight cancer. Clinical researchers at the University of Pennsylvania (Philadelphia, PA) have also begun a Phase I trial using CRISPR to knockout PD-1, while CRISPR Therapeutics, in partnership with Vertex Pharmaceuticals, has begun enrolling patients for a Phase 1 trial using CRISPR to treat beta thalassemia. Next on the research agenda come trials aimed at correcting gene sequences mutated in hereditary blindness (Editas Medicine, Cambridge, MA; expected 2019).