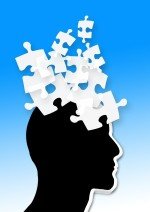 The Skinny On DNA Testing

23andMe (Mountain View, CA) recently found itself back in the limelight after the disease risk section of its mail-in DNA kit received an OK from the FDA.

The Silicon Valley biotech had to halt sales of its direct-to-consumer genetics testing back in 2013 after regulatory officials grew concerned over marketing claims and the possibility of consumers misinterpreting the test results. 23andMe rebooted a limited part of their genetics section in 2015 after a preliminary go ahead, and last month marked a full return with the approval of their Genetic Health Risk (GHR) reports.

In this issue, we’ll get the skinny on the science driving 23andMe.

Term of the Week: SNP Genotyping

23andMe’s moniker is a nod to the 23 pairs of chromosomes that make up the human genome. Recall the human genome is all the DNA found in a human cell. The tests, which are available to anyone with a mailbox and a credit card, rely on a technique called SNP genotyping.

“SNP” (pronounced snip) stands for “single nucleotide polymorphism” — a change in a single DNA nucleotide (A, C, G, or T) that occurs at a specific position in the genome. An example of a SNP is demonstrated in the image below: within a specific gene sequence the most common variant for individuals is a “T” at a particular location, but in some individuals the “T” has been replaced by a “C” SNP. 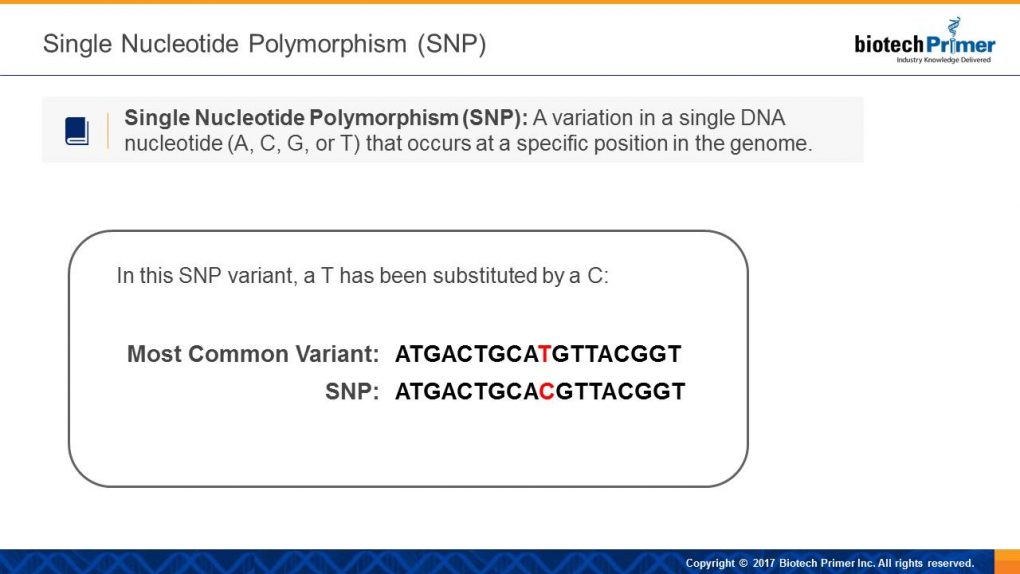 Many SNPs have no significant impact on an individual’s health, but other SNPs are associated with disease susceptibility; having one variant instead of another makes someone more likely to get a particular disease.

SNP genotyping is characterizing the SNP profile of an individual — finding out which A, C, G, or Ts are in positions differing from the norm. In the case of 23andMe, that information is used to assess disease risk, carrier status for certain genetic diseases, wellness information, and ancestry.

A Chip Off The Old Gene

A DNA microarray is simply a tiny piece of glass or silica that has had a microscopic checkerboard etched into it — each square is about 11 micrometers (10-6 meters) by 11 micrometers big, just big enough to hold one single-stranded piece of DNA. 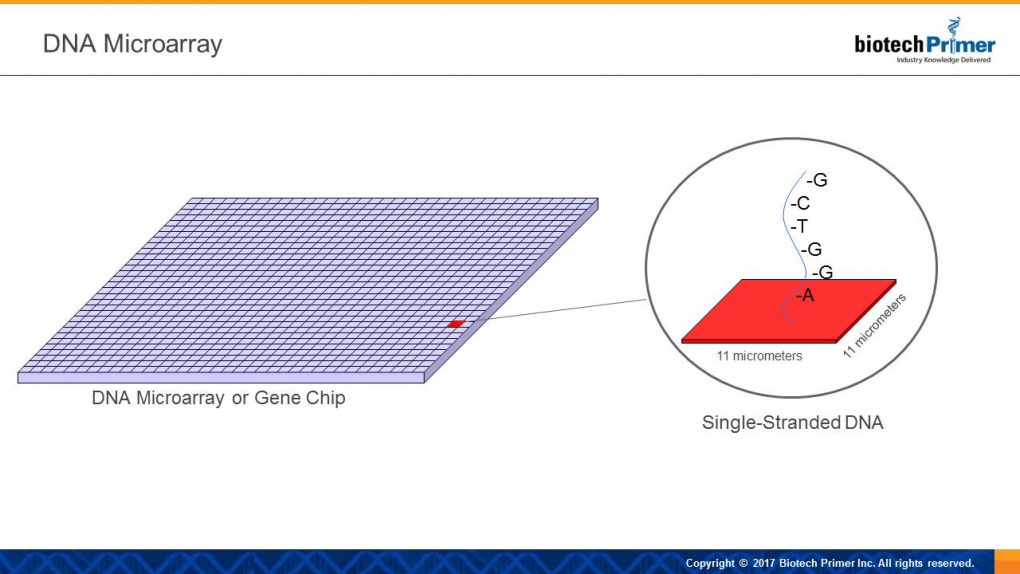 Each square represents one gene, or gene variant, within the human genome. The entire gene sequence need not be present — typically, between 25 and 60 bases are used (though we are only showing 6 in our image above). Computer software keeps track of the location of gene sequences within the array. In this manner, the specific variants within each DNA sample can be identified.

The term DNA sequencing is often mistakenly used when the correct term is SNP genotyping.

To qualify as a diagnostic test in the eyes of the FDA, genetic testing companies must show that a specific DNA sequence can confirm whether one has (or doesn’t have) a particular disease.

For example, Huntington’s disease is caused by a known mutation in the huntingtin gene. If a specific mutation is detected, a doctor can say with certainty whether the patient has or will develop Huntington’s disease. It is a dominant genetic disorder, meaning that one copy of the disease-associated gene variant is enough to cause the disease (recall that we have two copies of each gene, one from each parent).

Most genetic disorders are recessive — meaning two copies (one from each parent) of the disease-associated gene must be present to actually develop the disease. If someone has only one copy of the gene variant that causes cystic fibrosis, they are deemed a “carrier” — they themselves do not have cystic fibrosis, but they have a 25% chance of passing the disease on to their child if the other parent is a cystic fibrosis carrier. 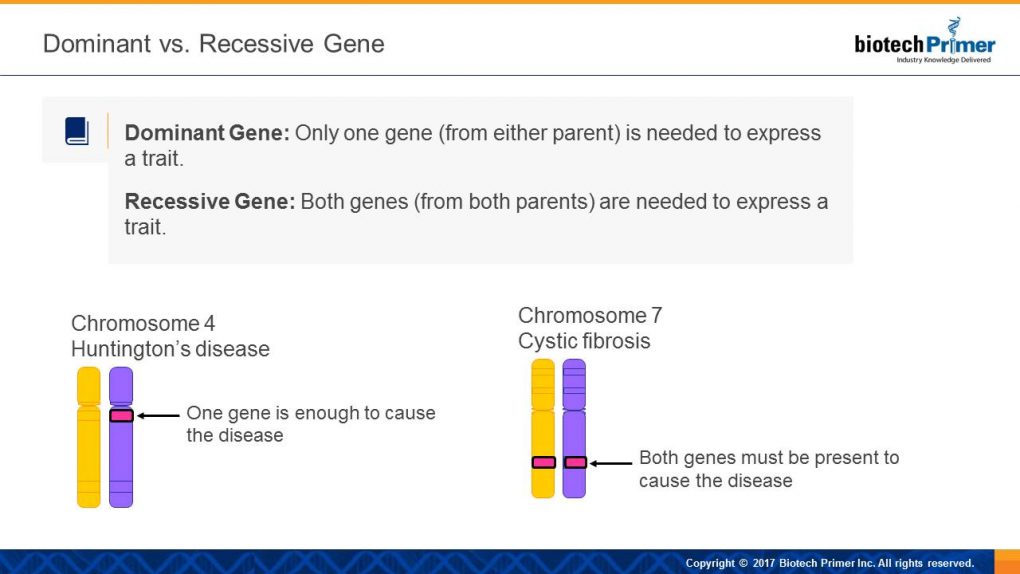 Mutations in susceptibility genes, in contrast, do not necessarily mean the patient has or will develop the disease, it only means the patient is at risk for developing the disease. One well-characterized susceptibility gene is apolipoprotein E (ApoE). The ApoE4 variant of the ApoE gene is associated with a higher risk of Alzheimer’s disease (AD). Those with two copies of ApoE4 may have as much as 20 times the risk of developing AD; however, some individuals with two copies never develop the disease according to statistical studies of different ApoE variants. On the other hand, another variant — ApoE2 — may reduce the risk of developing AD. 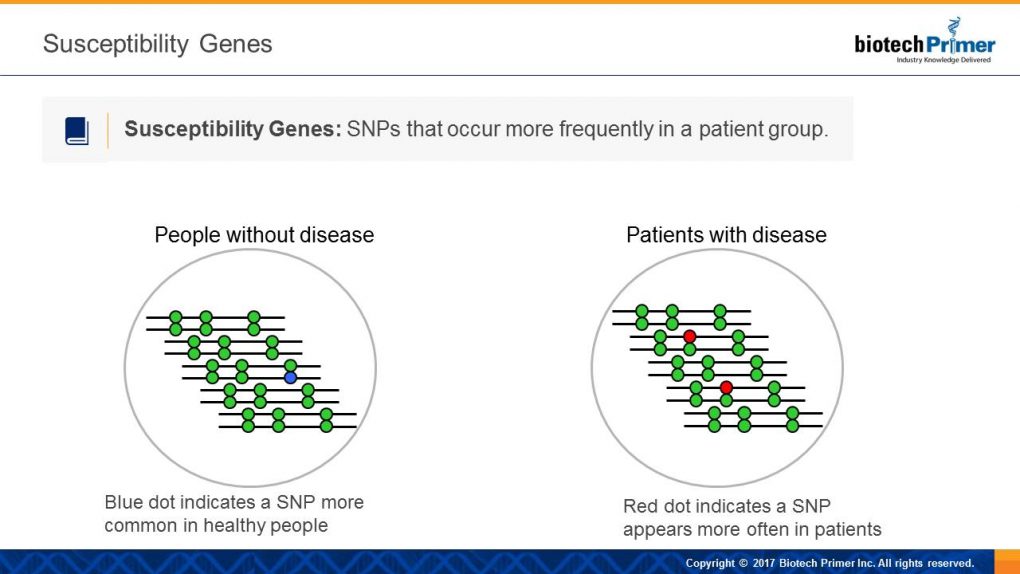 23andMe now offers 10 Genetic Health Risk tests that look at susceptibility genes, including ApoE4. Part of the FDA’s earlier concerns about consumer misinterpretation involved the distinction between susceptibility and diagnosis — making sure consumers understood the test results did not, for example, diagnose them with AD, but merely reported their susceptibility in the form of a statistical risk factor.

23andMe also offers carrier status tests for more than 40 different conditions. They also provide information on gene variants associated with “wellness” — such things as sensitivity to caffeine and lactose intolerance, as well as non-health-related traits such as dry or wet earwax and skin pigmentation.

More Than A SNP

Direct-to-consumer genetic testing is only a part of 23andMe’s business. Since its founding in 2006, the company has been collecting genetic data on patients along with their self-reports of symptoms and health status — about 85% of users from the 23andMe database have opted in.

The company has also initiated research efforts around specific diseases such as inflammatory bowel disease (in partnership with Pfizer; New York, NY) and Parkinson’s (in partnership with Genentech; South San Francisco, CA), wherein they recruited patients with those diseases to participate in identify SNPs more common in those populations. In 2015, the company announced it would begin to do its own drug discovery research and launched 23andMe Therapeutics.

From new options for consumer genomics to breakthroughs in drug discovery, we expect 23andMe to stay in the news for some time to come.