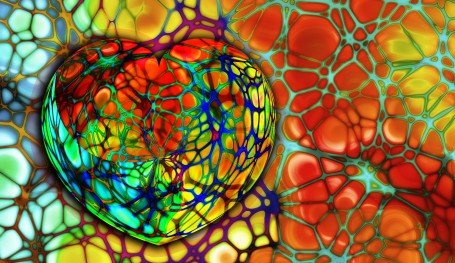 Getting To The Heart Of Sudden Cardiac Arrest

Sudden Cardiac Arrest (SCA) doesn’t discriminate against anyone. From healthy to unhealthy, young to old, the unexpected cessation happens in an instant. Affecting more than 325,000 people per year with a 90% fatality rate, it is one of the leading causes of death among people over 40.

Individuals determined to be at risk—those with previous heart attack, coronary artery disease, and heart rhythm disorders—may be fitted with an a battery-powered device called an implantable cardioverter defibrillator. It is placed under the skin and tracks heart rate. If an abnormal heart rhythm is detected, the device delivers an electric shock to restore a normal heartbeat.

About 20% of SCAs have no risk factors and strike people in the prime of their lives. In most cases death is instant, with survival possible if CPR or electric shock to the heart are delivered within minutes. In this issue, we’ll take a closer look at SCA and highlight a molecular diagnostic test in the works to identify people at risk for this silent killer.

SCA is an electrical problem—the heart stops beating due to an electrical malfunction. Sometimes, victims of SCA have warning signs such as fatigue, fainting, blackouts, dizziness, chest pain, shortness of breath, weakness, palpitations or vomiting, typically within 24 hours of cardiac arrest. In others, there are no warning signs.

A heart attack is a plumbing problem— the heart is still beating, but a blocked artery prevents blood from reaching a section of the heart. The longer the flow of blood is cut off, the more severe the damage to the affected area. It is imperative to start treatment with anti-clotting medications or cardiac catheter as soon as possible to reduce the clot and free up the artery.

Using Genes To Break The Silence

Chicago-based 3PrimeDx is developing a molecular diagnostic to identify those at risk for SCA based on silent genetic factors. The test borrows from research demonstrating that people who express a shortened version of the protein SCN5A are at greater risk for SCA. Since expression levels of different SCN5A variants in white blood cells mirror expression levels in cardiac tissue, the test can be done via a simple blood draw.

The variants in SCN5A expression arise due to a process called “alternative splicing”, wherein various parts of the RNA produced from the SCN5A gene are spliced together differently in at-risk individuals. This splicing pattern is not necessarily constant throughout life, but studies suggest that detection of aberrant splice variants in white blood cells can be used to predict increased SCA risk within the next year.

SCN5 is a sodium channel—a protein embedded in cardiac muscle cell membranes to let positively charged sodium ions enter and exit. Proper control of ion flow is critical to maintaining consistent heart rhythm, so it makes sense that defects in this protein are correlated with SCA.

The best treatment for SCA is immediate defibrillation, or the delivery of a therapeutic dose of electrical current to the heart. This essentially “resets” the heart, allowing a normal rhythm to be reestablished. Automated external defibrillators (AED) are available in hospitals, ambulances and some public places; however, time is of the essence in cases of SCA.

For those at known risk for SCA, implantable cardioverter defibrillators (ICDs) are a potentially lifesaving option. These devices have the ability to detect and correct life-threatening cardiac arrhythmias, including SCA. With 3PrimeDx’s diagnostic test aiming to identify those at risk for SCA, ICD placement could be the next step after diagnosis. 3PrimeDX’s test is currently in development and the company is expected to release more data in 2017.