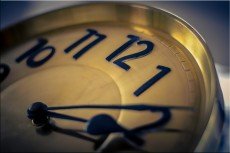 Circadian Rhythms Govern More Than 24 Hours Of Your Day

Overnight shift workers, students pulling an all-nighter to cram for a final exam, and business people rushing between time zones all share one thing in common: significant disruption to their circadian rhythm. This roughly 24-hour activity cycle responds primarily to light and darkness and is found in most living organisms—people, plants, animals, and even some microbes.

Disruption in the cycle can cause more serious consequences on top of a few days of disorientation. Abnormal circadian rhythms are correlated with insomnia, diabetes, increased cardiovascular events, some types of cancer, Parkinson’s disease, and more.

In this issue, we’ll take a closer look at how circadian rhythms are regulated, examine some links with various disease states, and find out how drug discovery efforts are taking this important phenomenon into account.

Proteins On The Clock

The most extensively characterized biological clocks are appropriately dubbed Clock proteins. The Clock proteins interact with each other and regulate levels of expression of other proteins throughout an approximately 24-hour period. This is why most people feel disoriented after traveling through several time zones, even if they get an adequate amount of sleep. These tiny molecular clocks are signaling that it is later (or earlier) than the local time—and a whole range of physiological functions from body temperature to heart rate, blood pressure, and alertness levels respond accordingly.

Clock proteins are regulated by a “master clock” in the brain. Technically referred to as the suprachiasmatic nucleus, this master clock consists of about 20,000 nerve cells just above the region where the optic nerve crosses into the brain. This location, called the optic chiasm, explains why many of these neurons are sensitive to light.

On The Market: Hetlioz

People who are totally blind cannot receive the proper light input to control their master clock. As a result, many suffer from non-24-hour sleep-wake disorder. It becomes virtually impossible to fall asleep at standard times, which severely impacts their ability to function professionally and socially.

In July 2014, the FDA approved Vanda Pharmaceuticals’ (Washington, DC) Hetlioz for patients with non-24-hour sleep-wake disorder. Hetlioz is an agonist; it binds directly to and activates the melatonin receptor. Melatonin is a sleep-inducing hormone with levels increasing at the onset of darkness, linking it to the sleep-wake cycle. Since melatonin production is dysregulated in totally blind people, Hetlioz aims to normalize sleep patterns. Although melatonin itself is available in pill or liquid form over the counter, synthetic melatonin receptor activators such as Hetlioz are designed to be more stable.

In Development: Reset Your Preset

Preclincal: Shutting Down The Cancer Clock

A possible link between circadian rhythm dysfunction and cancer has caught the eye of drug development. One of the functions of the Clock proteins is to set restrictions on when cells can divide, so circadian disruptions may affect cancer-related cell division. Researchers at the University of California, Santa Cruz are zeroing in on a protein known as PASD1, which is expressed in many different cancer cell lines. PASD1 interacts with the Clock proteins, essentially interfering with their function and shutting them down. Early preclinical work suggests that the inhibition of PASD1 causes the Clock proteins to reactivate—making PASD1 a possible drug target.

Taking medicine at the same time every day is a good way to make sure a dose isn’t forgotten. For certain medications, however, the time of day the pill is swallowed may influence drug efficacy.

In most healthy people, blood pressure is tied to circadian rhythm, naturally dropping between 12:00 AM and 3:00 AM. In people with high blood pressure, however, this drop often doesn’t occur naturally. By taking blood pressure medication at night, patients can restore this normal decrease in pressure.

Dosage timing may also be important for certain types of cancer drugs. For example, PARP1 inhibitors work by shutting down a DNA repair enzyme in cancer cells. The shutdown results in so much DNA damage to the cells that they initiate a cell-suicide program known as apoptosis—the cancer cells pretty much end up killing themselves! Researchers at University of North Carolina (Chapel Hill, NC) have discovered that DNA repair enzymes are more active later in the day, translating into PARP1 inhibitors possibly being more effective if given in the morning; inhibiting the enzymes should be easier when they are not at their peak activity level.

Circadian rhythms govern more than the 24 hours of your day, and uncovering various mechanisms at the cellular level of the sleep-wake cycle might just open up new avenues to treat a whole array of diseases.