Driving Down The Epigenetic Highway 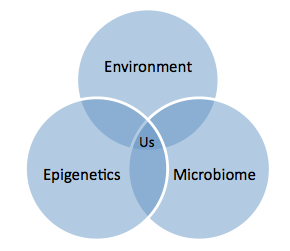 Biotechnology is enjoying another banner year on Wall Street. Currently, there are at least 39 companies queued for an IPO. This led us at the WEEKLY to wonder: what is the actual science behind each company’s promise that leads public markets to invest billions of dollars? This week and next, we are popping open the hood and checking out what exactly merits such a milestone.

First up is Syndax (Waltham, MA), a biopharmaceutical company pumping out a new epigenetic therapy for cancers resistant to treatment, which pique our interest because of the novelty of their approach. In this issue, we will get behind the wheel and go for a ride to examine epigenetics and its potential for future therapies.

TERM OF THE WEEK: GENE EXPRESSION

Genes are the actual DNA sequence encoding for a protein that confers a particular trait and genetics is the study of how genes determine an organism’s characteristics.

Gene expression differences are also associated with disease. For example, a type of cell or tissue may make too much or too little of a particular protein, which is the basis for many genetic disorders.

Epigenetics are changes to DNA that do not alter the actual gene sequence, but rather are chemical modifications to the DNA itself. These changes typically affect gene expression, or how the gene is read by the cells. Epigenetic modification can occur either directly to the nucleotide bases themselves (A, C, G, or T) or to the histones, which are small proteins that package and order DNA.

The above image illustrates how histones are tiny spheres in which DNA wraps itself.

Syndax’s new drug, Entinostat, is a histone deacetylase (HDAC) inhibitor. HDACs are enzymes that increase the expression of certain genes by deacetylation, or the removal of acetyl groups from histone proteins.

Entinostat’s goal is to target HDACs overexpressed in a variety of cancers, potentially leading to the shutdown of uncontrolled cell growth. Entinostat targets a common mechanism;  perhaps it could one day be used in a range of different cancers if shown to be effective.

THE FUTURE OF HDACS

As the field of epigenetics flourishes, an increasing number of therapeutics targeting this mechanism are expected to gain ground. Enzymes involved in epigenetic modification appear to play a role in a range of different disorders. The true challenge will be in developing targeted inhibitors for each subset of enzyme.