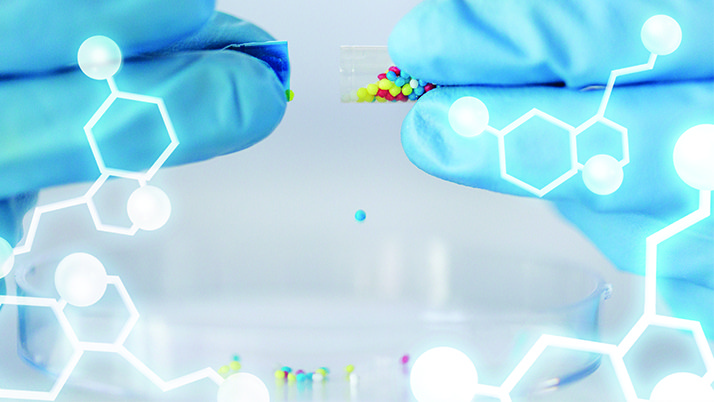 On the Road to New Medicines

For most of the 20th century, we discovered new drugs by trial and error. Scientists investigated countless unrelated compounds in animals to see which improved disease symptoms. For instance, in the 1950s and 60s, British scientists at Boots Laboratories tested hundreds of unrelated chemicals on guinea pigs searching for an alternative to aspirin for treating pain and inflammation. This scattershot approach consumed vast amounts of time and resources, with limited success.

Picking Up the Pace—Rational Drug Discovery

Beginning in the 1980s, scientists began to take a new tack in developing drugs. They adopted an approach known as rational drug discovery or mechanism-based drug design. In this method, researchers first seek to understand a disease at the cellular level, and ideally, identify its mechanism. Once the cellular mechanism becomes clear, scientists can identify a drug target: the molecule (usually a protein) involved in the illness that the ‘as yet undeveloped drug’ will hopefully act on. Although still labor- and resource-intensive, rational drug discovery tends to produce more highly-effective drug therapies than the old trial and error approach.

Identifying a target molecule for a drug to act upon requires years of basic research on a disease’s biology. Most diseases stem from issues related to how our bodies produce proteins. Significant underproduction of a protein causes disease; for instance, little to no insulin production leads to Type 1 diabetes. In contrast, overproduction of a protein can also produce disease; too many of the growth factor receptor HER2 can result in certain breast cancers. Finally, errors, or mutations, sometimes affect protein function. This is the case when a mutated tumor suppressor protein no longer controls cell division and cancer develops. Understanding which proteins correspond to a particular disease means researchers can design drugs to go after that disease-causing protein specifically. (Article continues below)

Researchers identify their molecular targets by answering one incredibly complex question: How does diseased tissue differ from healthy tissue? Scientists look at two biological clues: differences in gene sequences (mutations), and changes in the levels of specific proteins. For example, does a lung tumor biopsy show mutations absent in healthy lungs? Are levels of protein expression higher or lower in the diseased tissue? If the answer to either question is yes, scientists have a potential target for their ‘as yet to be developed’ drug. 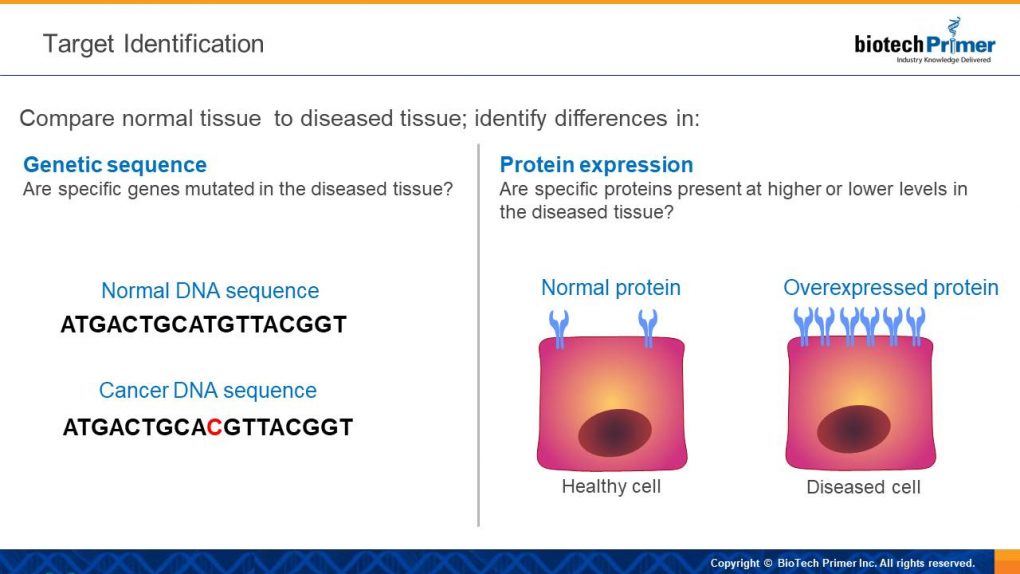 In the quest for new medicines, as in the rest of life, few things are as simple as we hope. Just because a protein plays a fundamental role in an illness doesn’t always make it a good drug target.

Consider the following scenario: Researchers discover a specific protein target that affects the course of a disease—great! They then design a drug to inhibit said target—also great! Problem solved, right? Not so fast. Sometimes a different protein can quickly take over the target’s function, nullifying the new drug’s hoped-for effect. It’s back to the drawing board for the disappointed scientists.

In other cases, inhibiting a specific target achieves a goal—say halting cancer cell growth—but results in unexpected side effects, such as irregular heartbeat. It’s crucial that scientists validate that when a target is altered, that change to the target is both safe and effective.

Researchers verify the suitability of target molecules by answering two important questions: Does the target play a key role in the disease? And will targeting the molecule likely be safe and effective? Validation most often includes cell-based (in vitro) and animal (in vivo) testing. The goal of many drug therapies is to stop or slow a target’s activity. Consequently, many tests, or validation assays, seek to find out what happens when a drug puts the brakes on a molecular bad actor.

One of the most popular testing methods is RNA interference (RNAi). This technique can rapidly block production of a particular protein. It does so by destroying the messenger RNA that codes for the protein. This destruction can quickly demonstrate what happens to a cell when protein production ceases, thus mimicking the effects of a strong inhibitor drug.

If a cell model shows promise, researchers move on to an animal model. Often, scientists use “knockout” mice in which they have disrupted a target gene that codes for the target protein. Researchers pose similar questions to those asked in cell-based testing, but on the larger scale of the whole animal. Do the mice get cancer or Parkinson’s disease or heart disease when the target gene is tampered? Because in vivo testing allows researchers to examine whole-body effects, it provides valuable information about target safety that in vitro testing simply cannot. 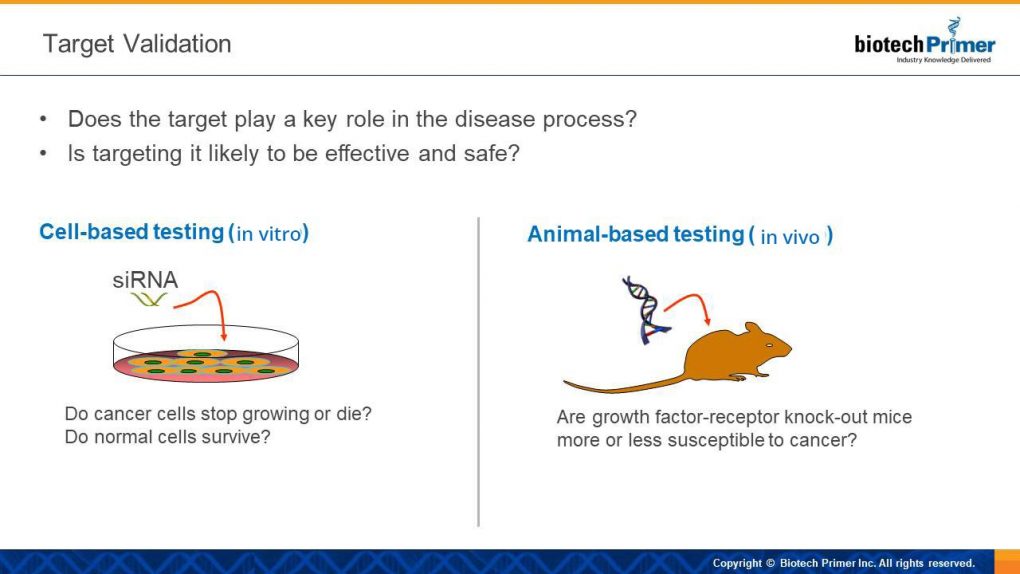 Term of the Week: Biomarkers

One important tool in drug discovery and development is biomarkers. Biomarkers are molecules that doctors and others use to measure normal or abnormal biological processes in the body. They can help show the effects of a disease or therapeutic intervention.

LDL cholesterol is a classic biomarker familiar to anyone over the age of 35. Numerous studies have linked it to heart disease. LDL cholesterol makes an ideal biomarker for three reasons: It circulates in our blood and can be obtained by a simple blood draw, it can indicate heart disease early on, since someone can have elevated cholesterol long before developing atherosclerosis, and it changes as the disease progresses. In developing drugs, researchers have used changes in LDL as a surrogate endpoint. Surrogate endpoints are outcomes that researchers can measure to determine relatively quickly whether the trial intervention benefits the participants.

In the case of heart disease, researchers establish a target cholesterol level in lieu of waiting years or even decades to demonstrate a change in disease progression. In many cases, measuring biomarkers has turned out to be key to running shorter, less expensive clinical trials. We know now that statins, which lower cholesterol, can increase longevity because patients have taken them for more than 30 years. Initial trials, however, simply showed a decrease in patients’ blood cholesterol.

Identifying and validating drug targets are only the first steps on the long road to safe, effective new medicines. Tune in next week to find out how researchers identify therapeutics that might make it into clinical trials.