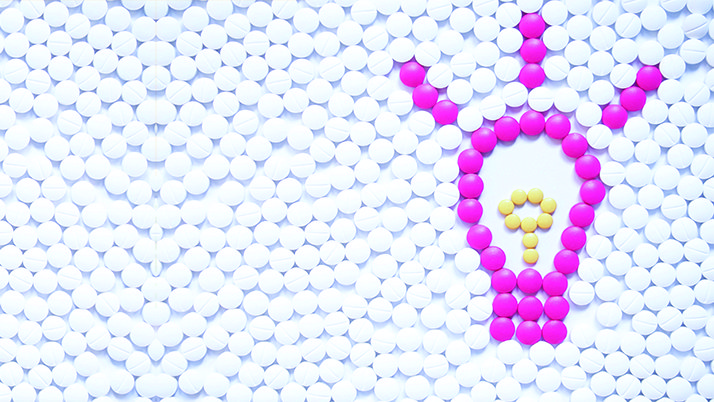 The past two issues, the WEEKLY explored the first two stages of drug discovery. We looked at how pharmaceutical companies identify drug targets, or the molecules (usually proteins) involved in an illness that an ‘as yet undeveloped drug’ will hopefully act on. Next, we examined how researchers develop those pharmaceutical candidates. This week, we turn to what comes next for fledgling drugs on the arduous journey to FDA approval. First, though, a smidgeon of Latin.

This maxim from Hippocrates means “First, do no harm.” Before testing a drug on people, researchers must make sure it’s safe in two important ways. First, they assess a substance’s safety in vitro. This Latin phrase means “in glass,” that is, lab-grown cells. The cell type varies, but if possible, researchers use one that is relevant to the disease in question. For example, they may use lung cells to test a drug for respiratory syncytial virus (RSV).

In vivo testing (“in a living thing”) comes next. This area of preclinical testing assesses a drug candidate’s toxicity in at least two different species of animals, such as mice and guinea pigs. The animals receive more of the drug for longer than would human volunteers. Meanwhile, lab technicians watch the animals for adverse effects. Preclinical testing must follow the FDA’s Good Laboratory Practice (GLP) guidelines. These regulations help ensure scientific integrity and humane treatment of laboratory animals.

Homing in On the Sweet Spot

Almost any substance (even water!) can be toxic in very high amounts. Consequently, drug developers aim for just the right dose—one that gives the desired effect with minimal unwanted consequences. Finding the sweet spot is the domain of pharmacokinetic (PK) and pharmacodynamic (PD) analyses. Think of pharmacokinetics as “what a body does to a drug” and pharmacodynamics as “what a drug does to a body.”

Pharmacodynamic analyses involve observing the biological repercussions of increasing amounts of a drug. Negative side effects include nausea, loss of appetite, fatigue, skin sensitivity, and changes in blood pressure or heart rate. Animal PK and PD studies give scientists an idea of what a safe and effective dose of a drug might be in people. 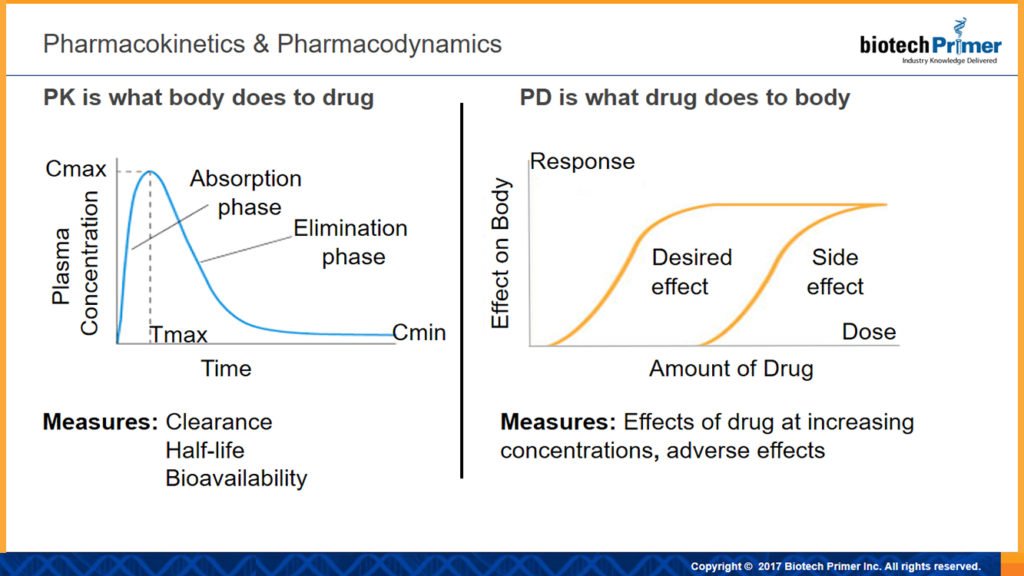 Most drug candidates also undergo mutagenicity testing, which determines their likelihood of triggering mutations. Causing mutations indicates that a fledgling drug may be carcinogenic, hence often consigning it to the graveyard of pharmaceutical failure. One common screening for mutagenicity is the Ames test, which identifies chemicals that cause increased rates of mutations in bacteria.

Heart problems aren’t just bad for people, they’re bad for baby drugs too. So, companies try to rule out anything with potential cardiac side effects as early as possible. To find drugs that may be heart-unhealthy, researchers look at the “QT interval.” This is the time between the start of the Q wave and the end of the T wave in the heart’s electrical cycle. A lengthened QT interval suggests improper activity in a person’s ventricles and is a risk factor for sudden death. If an experimental drug binds to proteins on heart cells that enable the flow of calcium ions into the heart, they may extend a QT interval. Longer intervals generally seal a drug’s doom.

Once researchers amass enough safety data to ensure that a drug candidate will be safe for people, they submit an Investigational New Drug (IND) application to the FDA. The IND application contains short-term safety data, information on manufacturing the drug, and details about the methodology and design of clinical testing. If the FDA blesses the application, the drug candidate may enter Phase 1 clinical testing. Animal testing often continues in parallel with clinical (human) studies to collect long-term safety data, especially for medicines that treat chronic diseases. 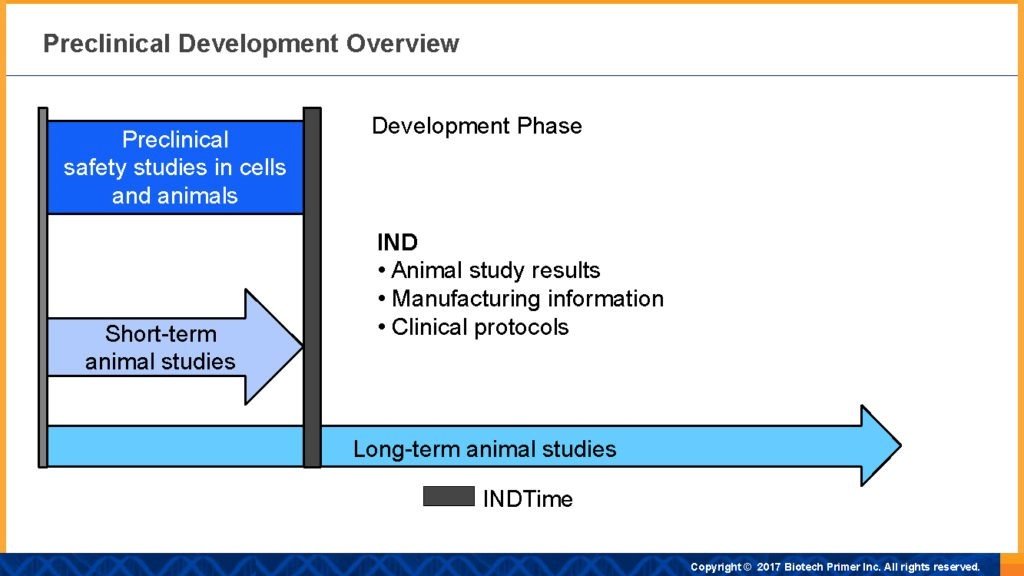 For every 5,000 drugs tested preclinically, only about five show enough promise to justify submitting an IND application to the FDA. Once a drug clears the preclinical testing hurdle, it can move on to human testing. Tune in next week to learn more about this crucial process.