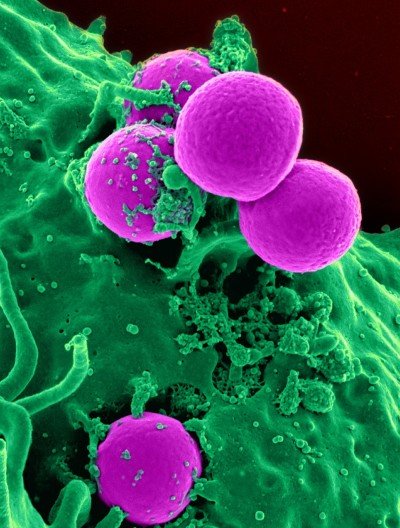 Autoimmune Disorders: A Story Of Betrayal

The famous line spoken by Shakespeare’s Julius Caesar is synonymous with unexpected betrayal by a close friend. A once trusted member of the inner circle, Marcus Brutus joined the coup and turned on Caesar. The 23.5 million Americans suffering from autoimmune disorders also have a Brutus in their midst—their own immune system. Type 1 diabetics must contend with white blood cells attacking their pancreatic beta cells. Multiple sclerosis patients also find their once trusty immune systems go awry destroying the myelin sheaths surrounding nerves.

The roots of the immune system’s treachery are poorly understood, but are slowly being teased out. This WEEKLY looks at the science and treatments being pursued.

In healthy individuals, the immune system serves to protect the body from foreign invaders such as viruses and bacteria. The immune response is driven by various types of white blood cells (WBC) that become activated when they recognize foreign antigens—typically proteins on the surface of viruses or bacteria. Once triggered, WBCs release signaling molecules (called cytokines) that fan out and mobilize other white blood cells for the fight—a process known as the secondary immune response. In the case of a natural infection, the secondary immune response is a great way of amplifying the initial response and quickly destroying the pathogen. Once the pathogen is destroyed, the immune response shuts down. But if the “invader” is a normal part of the patient’s body—when WBCs misinterpret one’s own antigens as foreign—the immune response remains active because the signal is constantly present.

The autoimmune therapies of today rely largely on “turning down” the patient’s own immune response. They typically work either by:

These therapies can be tremendously beneficial in relieving the symptoms of chronic autoimmune disorders such as Crohn’s disease and rheumatoid arthritis. The downside is they can also put patients at increased risk for a range of infectious diseases since the overall immune response is invariably less active.

The quest to develop a treatment for autoimmune disorders that does not blunt the overall immune response is the mission of a new biotech company, Padlock Therapeutics (Cambridge, MA).

Padlock’s technology is based on the observation that a specific post-translational modification—a change made to a protein after it is made—turns otherwise innocuous proteins into antigens capable of activating the immune system. The modification is known as “citrullination,” and results in the removal of a positive charge from a portion of the protein. Since protein structure is determined in part by charge-charge interactions, this removal can cause the modified protein to change shapes—becoming antigenic and invoking the immune response. Inhibiting this process may provide a way to treat autoimmune disorders without dialing down the immune system.

Padlock is in the process of characterizing different inhibitors of the enzyme that carry out the citrullination process. The enzymes are called proteins-arginine deiminases, or PADs—the “Pad” in Padlock Therapeutics. There are five different types of PAD enzymes, so deciphering which are the safest to inhibit will no doubt play a critical role in the drug development process. The company expects to move into clinical testing by 2017.

Protein citrullination normally plays a role in regulating the expression of genes. This is because citrullination of the histone proteins around which DNA is wrapped affects how tightly the DNA is attached to the histone proteins, which in turn impacts their level of expression. In general, the more “tightly wrapped” a segment of DNA is, the less often it is expressed.

Protein citrullination is associated with a number of different autoimmune disorders, including rheumatoid arthritis, lupus, and multiple sclerosis. In rheumatoid arthritis, and possibly other disorders, high levels of citrullinated proteins can be detected prior to the onset of actual symptoms, suggesting a possible early detection and treatment tool. Increased protein citrullination is also associated with neurodegenerative disorders such as Alzheimer’s disease, suggesting another potential therapeutic area for PAD inhibitors.

The terms “autoimmune” and “autoinflammatory” are both used to describe disorders of the immune system. What’s the difference?

Autoimmune disease refers to an activation of the specific immune response—T-cells or B-cells—by recognition of a specific “autoantigen” or self-antigen. At least initially, symptoms of an autoimmune disorder are observed primarily in the region of the activating antigen, although as the disease progresses, the active T- or B-cells may lead to systemic inflammation.