Without A Treg To Stand On 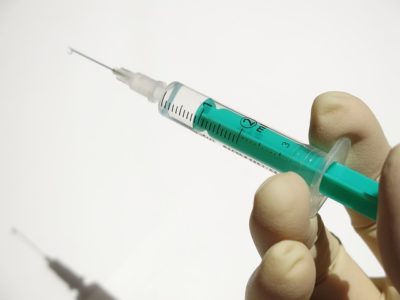 After our focus on T-cell activated immunotherapies revving up the immune response, we turn to the other side of the coin—a subset of helper T-cells known as regulatory T-cells.

Regulatory T-cells (Tregs) suppress the immune response.  The exact mechanism by which this suppression occurs is not entirely understood, but some of the effect is due to the release of anti-inflammatory cytokines. They are thought to be activated by “Tregitopes”, or short peptides recognized by Tregs.

Relatively recent arrivals on the drug discovery and development scene, Tregs are quickly attracting the attention of those interested in developing new pathways to diabetes, cancer, Crohn’s disease and other autoimmune disorders. In this WEEKLY, we’ll take a closer look at some of these innovative applications.

TxCell (Valbonne, France) aims to treat severe chronic inflammatory and autoimmune diseases by using Tregs to tamp down the immune response. TxCell is developing therapeutics based on isolating Tregs from a patient’s blood, expanding them in the lab in response to a specific activating antigen, and infusing them back into the patient. Although the process is expensive, the extracted material can be frozen and used as needed, providing enough material for five years’ worth of treatment every few months.

Their most advanced clinical-stage product is Ova-Treg, which is in development for Crohn’s disease. Tregs are exposed to the protein ovalbumin, which makes up about 60% of egg whites. The Tregs recognizing ovalbumin are expanded and infused back into the patient’s body. Tregs naturally migrate to sites of major inflammation—or in the case of Crohn’s disease, the gut. Although ovalbumin is not related to the pathology of Crohn’s, it is typically present in the gut, so the ovalbumin-sensitive Tregs will be activated to secrete anti-inflammatory signals. Ova-Treg is currently in Phase II clinical studies. TxCell believes different activating antigens can be used to activate Tregs in other parts of the body and is pursuing other avenues in the chronic inflammatory and autoimmune arena.

TxCell is also working on a second Treg platform—CAR-Treg. This technology is very similar to CAR-T therapy discussed in previous issues, only instead of engineering killer T-cells to recognize targets, Tregs are engineered to target a specific area of inflammation. TxCell’s CAR-Tregs are currently in preclinical development.

Also joining the Treg race is T-cell pioneer Carl June’s Tmunity Therapeutics (Philadelphia, PA). The company has announced plans to develop CAR-Tregs as one of the many immune-based therapies under their engineered T-cell umbrella.

In The Clinic: Caladrius Biosciences

Caladrius Biosciences (Basking Ridge, NJ) is conducting Phase II clinical studies of a Treg-based treatment for Type 1 diabetes. An autoimmune disorder in which the immune system attacks insulin-producing pancreatic cells, Type 1 diabetics find as many as 20% of their insulin-producing cells are still intact at the time of diagnosis. Caladrius’ treatment suggests that if the insulin-producing cells can be protected from destruction and restored to function, the clinical progression of the disease may be halted, making control of blood glucose levels more manageable and reducing the risk of long-term complications.

Caladrius’ Type 1 diabetes product CLBSO3 is a collection and expansion of the patient’s own Tregs. The company began Phase II clinical testing in March 2016. Enrolled patients receive a single administration of Tregs and will be monitored for two years.

EpiVax (Providence, RI) is bypassing cell therapy altogether by relying on “Tregitopes”—short amino acid sequences that activate subsets of Tregs. The idea is to administer Tregitopes together with an antigenic protein, in hopes of activating antigen-specific Tregs within the patient. Currently conducting preclinical studies in Type 1 diabetes and various allergies, EpiVax anticipates their approach may be useful in preventing immune reactions to a range of therapeutic interventions such as therapeutic proteins, organ transplants and gene therapies.

Fighting The Tregs In Cancer

An overabundance of Tregs is a contributing factor to the immunosuppressive characteristics of the tumor microenvironment—which means suppressing Tregs themselves is a potential avenue for cancer therapy. By lessening the Tregs in the area around a tumor, the immune system could potentially find it easier to identify and attack cancer.

Tizona Therapeutics (South San Francisco, CA) is developing a monoclonal antibody therapeutic targeting Tregs with the goal of depleting them from the tumor microenvironment.

AbbVie (North Chicago, IL), in partnership with Argenx (Rotterdam, Netherlands), recently announced a program to develop an inhibitor of GARP—a protein on the surface of Tregs that enables the production of anti-inflammatory signaling molecules. By inhibiting GARP, Tregs should be disabled, allowing cancer to be targeted and taken down.

Flexus (San Carlos, CA) is an early-stage biotech company developing small molecule inhibitors of Tregs. Recently acquired by Bristol-Myers Squibb (New York, NY), their pipeline is attracting additional excitement and attention to Tregs as the next big thing in immunotherapy.