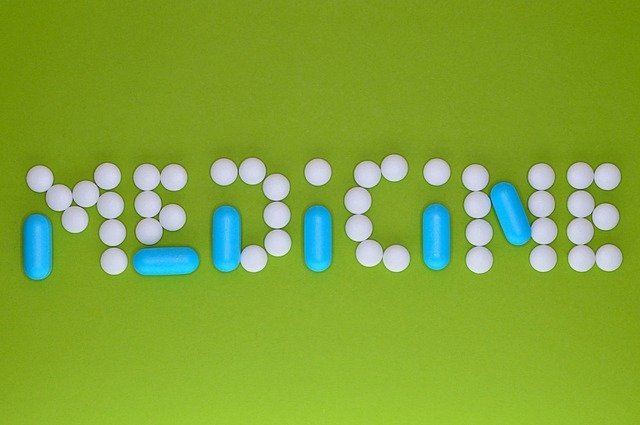 Last week, we focused on the final stage of clinical testing, Phase III trials, where drug developers assess the safety and efficacy of their drug in large patient groups. At the end of Phase III, drug developers face the moment of truth: does the study data support claims that the new drug is both safe and effective? If the answer is yes, then it’s time to submit either a New Drug Application (NDA) for small molecule drugs, or a Biologics Licensing Application (BLA) for large molecule drugs. This week, we’ll examine the approval process, including various pathways for expedited approval, and touch on post-approval safety studies, also known as Phase IV.

Under the FDA Microscope

Once a company submits either an NDA or BLA, the FDA takes about a year for review, which seems governmentally slow unless you consider that most applications run 100,000 pages or longer. There are three possible responses:

Certain drugs are given special consideration throughout the FDA approval process. These particular therapies are eligible for regulatory designations that speed up the review and get a product to market more quickly. They must first meet two criteria. A drug must target a serious condition that likely results in death or significantly impairs daily living. Examples include cancer and Alzheimer’s disease. Secondly, the drug also needs to address a major, unmet medical need. That is, either no medicine exists, or current therapy has safety issues.

The FDA’s special designations include:

Priority Review means the FDA will aim for a decision within six months.

Fast Track is based on preclinical or clinical data that suggests the product addresses a specified unmet medical need. The designation enables developers to communicate more often with the FDA. The agency provides guidance on clinical trial design and process, which helps resolve questions or issues quickly. These designees also qualify for Accelerated Approval, Priority Review, and Rolling Review—which allow developers to submit each section of an NDA or BLA as they finish, rather than all at once.

Breakthrough Therapy designates drugs that may greatly improve patient health. The bar is set high to join this privileged group, though. It requires preliminary clinical evidence of effectiveness. Once granted, Breakthrough designees receive Fast Track advantages, as well as intensive guidance on their development program as early as Phase I. They also get an “organizational commitment involving senior FDA managers,” according to the FDA website.

Orphan Drugs are often found in the above categories. Companies develop them for rare diseases, those which affect fewer than 200,000 Americans. These include hemophilia and Gaucher’s Disease, a genetic disorder that causes skeletal and neurological issues. Prior to the Orphan Drug Act of 1983, the industry had no financial incentives to work on therapies for such small populations. Orphans lacked commercial sponsors, “parents,” to shepherd them through lengthy and expensive trials. The orphan drug legislation provides the following incentives:

The Prescription Drug User Fee Act (PDUFA) requires drug developers to pay a fee to the FDA to help fund the work necessary for timely approvals. The “PDUFA date” of a drug is the date by which the FDA has committed to review its application. For 2020, the PDUFA fee required when submitting an NDA or BLA that requires clinical data is $2,942,965. (Article continues below)

Phase IV generally refers to post-market studies, which companies undertake after a drug is approved and at the pharmacy. Drugs that were approved using a surrogate endpoint are monitored to confirm clinical efficacy. For all drugs, safety is monitored and confirmed. Phase IV includes informal studies of doctor and patient reports, which sometimes reveal unanticipated side effects. Such “surprises” aren’t uncommon in brand new drugs, because so many more people take them once out on the market versus the small number of patients in clinical trials.

For instance, after the anti-clotting medicine Plavix (Bristol-Myers Squibb; New York, NY) was approved, doctors found it less effective in some people than expected. Further probing found that the drug wasn’t fully activated in about 14% of patients because their bodies produced a less active form of the liver enzyme that activates Plavix. Fortunately, a genetic test can quickly reveal whether a patient can benefit from Plavix. This unlooked-for result spurred the FDA to require that the Plavix label carry a black box warning—a warning outlined in a black box, which is the strictest warning put on the labeling of prescription drugs or drug products by the FDA.

The rigorous path from preclinical testing to approval usually takes a decade or longer, with no promise of success. According to the Biotechnology Innovation Organization, approximately one in ten drugs entering clinical testing ultimately make the grade. The highest rate of failure occurs in Phase II; only 31% of drugs proceed to Phase III. Of those that make it to the final Phase III, a little more than half—58%—are considered safe and effective enough for an NDA or BLA submission. From start to finish, only 10% of the drugs that begin Phase I reach the market. 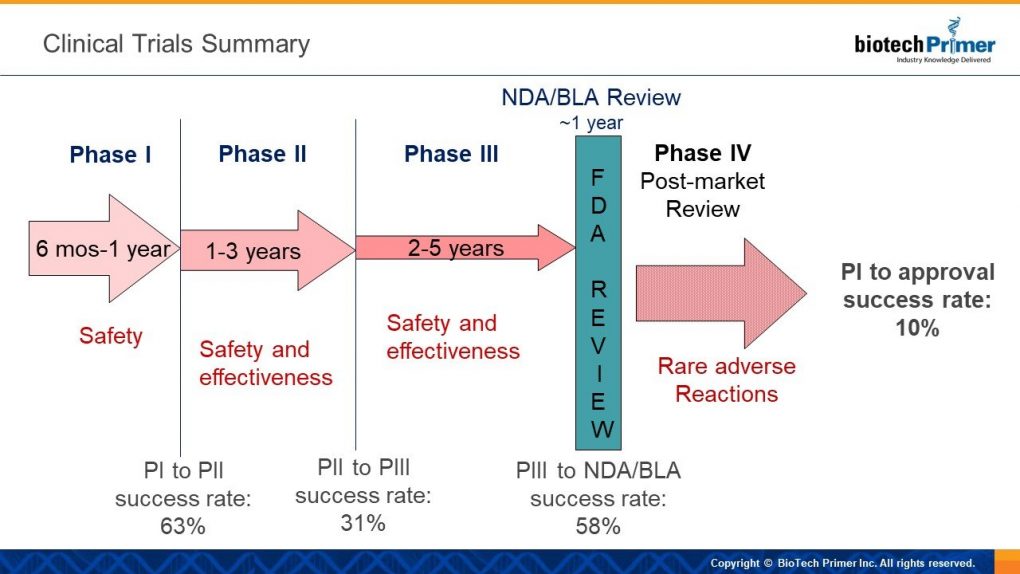 Despite the low odds, innovative companies continue to bring new drugs to market every year. Stay with us as we continue following their stories.