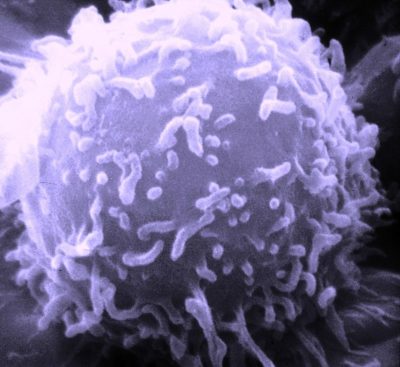 For many years, a diagnosis of acquired immunodeficiency syndrome (AIDS) was a death sentence. It seemed unthinkable in the 1980s, but the medical community now largely treats the disease as a chronic illness. This profound shift arose through the development of highly active antiretroviral therapies (HAART). These medicines inhibit the replication and spread of the human immunodeficiency virus (HIV), which causes AIDS. They provide hope and new life to millions.

Because HAART targets only active virus, latency enables HIV to “hide.” Many in the field of HIV research consider tackling this viral reservoir the final frontier in successfully fighting the virus. This week, we focus on technology being developed by American Gene Technologies (AGT; Rockville, MD) to address chronic HIV infection.

Not Your Mother’s Gene Therapy

Scientists originally conceived of gene therapy as a way to treat disorders caused by a single genetic mutation, such as sickle cell disease, cystic fibrosis, or spinal muscular atrophy. This therapy can now address other kinds of illnesses, such as cancer and HIV. AGT is using gene therapy to eradicate latent HIV, and perhaps even eventually offer a cure.

How does HIV infect immune cells to begin with? HIV first destroys the immune system’s helper T-cells. These are specialized white blood cells that recognize a unique target, usually a specific protein on the surface of a pathogen. Once they lock on, the helper T’s release inflammatory cytokines—chemical messengers that help rev up the immune system. This includes activating cytotoxic or “killer” T-cells, which directly destroy invading microbes.

Without the helper T-cells, the immune system breaks down. That’s how HIV kills—by disabling the very cells that fight it. In fact, although HIV infects all types of helper T-cells, it appears to preferentially infect helper T-cells that are specific to HIV. After first wiping out those helper T’s, the virus can disable the rest. (Article continues below)

AGT’s experimental treatment, AGT103-T, is designed to shore up those vulnerable helper T-cells by disabling latent HIV and preventing new infection. The new approach is a type of autologous cell therapy. That means doctors engineer a patient’s own cells to use as medicine, using the following steps:

The modified HIV-specific helper T-cells are now able to disable any latent virus that reawakens, while at the same time resist new infection. That means they can effectively fight any existing HIV-infected helper T-cells. The ultimate goal of the therapy is to enable HIV patients to effectively fight HIV infection while eliminating or reducing the need for HAART and its unwanted side effects.

How does AGT103 make helper T-cells resistant to HIV? It is a type of gene therapy, only instead of delivering a gene that provides the recipe for a protein, it delivers genes that code for “antisense” RNAs—RNAs that disrupt the production of other proteins. The three proteins whose production is disrupted are:

Cocktail Fodder: Turning HIV Against Itself?