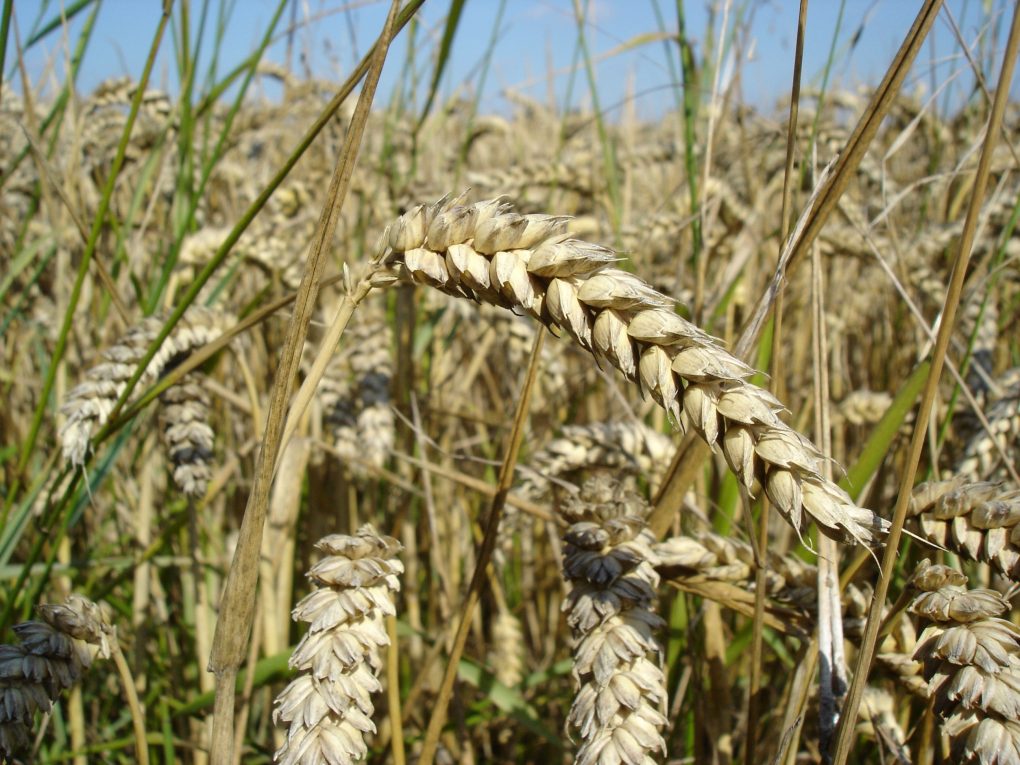 Imagine the tantalizing scent of freshly baked bread. Now, think about even a single scrumptious slice wreaking havoc on you: stomach pain, bloating and other digestive consequences. Welcome to Planet Celiac—home to the millions of Americans diagnosed with celiac disease. Today’s WEEKLY looks at this autoimmune disorder and how biotech companies are working to make life a lot more comfortable for celiac patients.

Celiac disease is triggered by gluten proteins found in wheat. Typically, our bodies break down the proteins into their chemical building blocks (amino acids). Our intestines then harmlessly absorb them to make the new proteins essential to cellular function.

Glutens, however, contain unusually high levels of proline. This amino acid endows glutens with the power to resist digestive enzymes. The resulting incomplete digestion causes us to produce short chains of amino acid chains or peptides.  In people with celiac disease, peptides provoke their bodies’ immune systems to attack their own small intestine. Ow.

Symptoms of celiac disease range from diarrhea, weight loss, and malnutrition to the less obvious such as isolated nutrient deficiencies. Some people with celiac disease suffer no symptoms at all.

Bread And Other Dreads

So, gluten is a protein. And very bad for celiac disease patients. But what is it? Glutens are the proteins in wheat, barley and rye. Those grains are in bread, of course—but in lots of other food and drink too, including: cereal, beer, malted milkshakes, and salad dressing!

So, what’s a citizen of Planet Celiac to do? Currently, the only recourse is totally avoiding food and drink containing gluten. It sounds simple perhaps, but gluten is a tricky foe—salad dressing? Beer? Really? Really.

Term Of The Week: Peptide

A peptide is a chain of amino acids consisting of fifty or fewer amino acids.
Peptides are part of us. Or at least inside us—as mentioned above, they come from protein digestion. Our bodies also produce and put to work several other peptides too. For example, the pancreas pumps out the peptide hormone glucagon in response to low blood sugar. Glucagon signals the liver to release stored glucose into the bloodstream. Other powerful peptides include amylin, which slows our stomach’s emptying and prolactin, which stimulates milk production in nursing mothers.

Celiac disease and gluten sensitivity each involve the body’s response to peptides derived from gluten proteins. However, the details of that response differs significantly.

Celiac disease patients mount “an antigen-specific immune response.” They generate antibodies that recognize gluten peptides and unleash T-cells (a type of white blood) to fend them off. The trouble is, the overzealous T-cells also hone in on the patient’s own small intestine, often causing significant damage and discomfort.

In contrast, gluten sensitive patients launch an “innate immune response” towards gluten. While they don’t produce gluten-specific antibodies or activate gluten-specific T-cells, their immune system recognizes gluten peptides as foreign and potentially harmful, leading to inflammation that can cause celiac-like symptoms. The significant takeaway difference is that people with gluten sensitivity suffer no direct damage to their intestine. The two disorders can be differentiated by testing for celiac-specific antibodies.

Coming Down the Pike

Biotech may have a few fixes in store for the more than twenty million Americans who deal with celiac disease or gluten-sensitivity. Scientists are approaching the problem from two different angles. One, they’re working on modifying wheat and other grains so they don’t kick the body’s immunity into action. And two, they’re exploring ways to treat patients so their immune systems responds more mildly.

Eat That Wheat?
Wheat glutens contain two proteins: gliadins and glutenins. Gliadins give rise to the problematic peptides and rev up the immune system. Researchers from the Spanish Institute for Sustainable Agriculture used CRISPR/Cas9 genome editing to develop a strain of wheat without gliadin proteins. The new-fangled wheat scored high marks from a panel of trained assessors when compared to traditional wheat. Small-scale trials assessing safety in celiac patients are now being carried out in Spain and Mexico.

Taming the Celiac Response
ImmusanT (Cambridge, MA) is developing a desensitization therapy in which patients are systematically  exposed to peptides that elicit the celiac disease immune response. Researchers hope to “reprogram” T-cells to no longer freak out over the problematic peptides. This approach echoes desensitization therapies for allergies such as pollen, pet dander, and dust mites. Once considered too risky for food allergies, new studies support the benefits of gradual exposure to food allergens. ImmusanT’s product, Nexvax2, has completed Phase 1b studies. Preliminary data suggests that it may increase celiac sufferers’ gluten tolerance.

PvP Biologics (San Diego, CA) is developing KumaMax, an enzyme that breaks down gluten in the stomach before it damages the small intestine. Now in preclinical testing, KumaMax is derived from an enzyme called kumamolisin. Kumamolisin itself is found in Alicyclobacillus sendaiensis, a type of bacteria that that grows in acidic conditions – similar to those found in the stomach, meaning that the enzyme can be delivered orally and should be able to function efficiently in the stomachs of celiac patients.

Alicyclobacillus sendaiensis is an extremophile. These bacteria that grow in—you guessed it–extreme environments. Humans and most plants, animals and fungi have adapted to a very limited range of conditions such as body temperature, pH (acid level), and atmospheric pressure. Extremophiles have instead evolved to survive crazy environments. One of the most famous extremophiles you’ve probably never heard of is the Taq polymerase. All sorts of biotech use Taq in the polymerase chain reaction (PCR). This reaction uses a DNA-copying enzyme to amplify DNA  and requires temperatures near boiling. Most DNA-copying enzymes can’t handle the heat. In contrast, Taq is literally hot stuff. Taq’s affinity for steamy temperatures isn’t surprising. After all, its bacterial “parent” came from the hot springs at Yellowstone National Park.