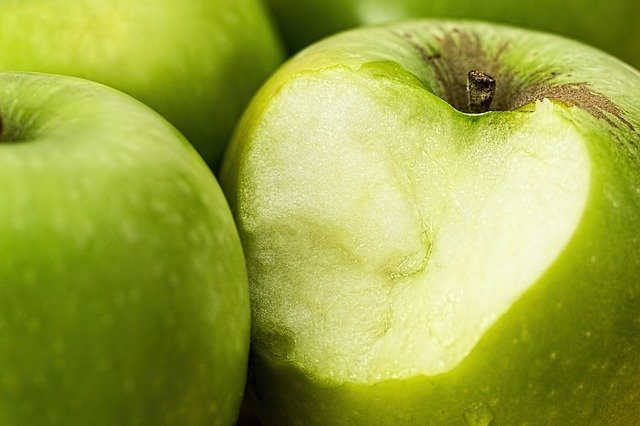 Coming Soon To A Supermarket Near You

Coming soon to a supermarket near you: apples that have been genetically modified to resist browning.  Dubbed Arctic Apples, the plants were approved two years ago by the USDA and will begin appearing on select retailers’ shelves in Midwestern U.S. states this month.

Developed by Okanagan Specialty Fruits (Summerland, B.C., Canada), the Arctic Apple also represents a new type of genetically altered food — one that has been engineered to directly appeal to and benefit the consumer rather than the farmer. Their debut may also help ease lingering safety concerns voiced by GMO critics due to the innovative technology used to create Arctic Apples. Let’s take a look at what causes apple browning, how science is able to produce a remedy, and preview what’s on the horizon for consumer-oriented genetically modified food.

Scientists at Okanagan Specialty Fruits chose to tackle apple browning by blocking the production of the PPO enzyme. No enzyme, no chemical reaction, no browning. They used a gene-silencing technique known as RNA interference (RNAi) to block the production of PPO.

Recall that RNA serves as the intermediary between DNA and proteins. The information in DNA is converted to RNA, which is then translated into a protein by organelles called ribosomes. One way to stop PPO production is to get rid of the PPO RNA before it enters the ribosome. Enter RNAi.

RNAi is a short, complementary RNA sequence that attaches to a target RNA, in this case the target is PPO RNA. This creates a double-stranded RNA, which is universally recognized as viral RNA and is destroyed by another enzyme known as RNA-induced silencing complex (RISC). In the case of the Arctic Apple, RNAi attaches to the PPO RNA and is destroyed by RISC. No PPO RNA ever makes it to the ribosome, so no PPO is ever produced by the apple. No enzyme, no chemical reaction, no browning.

Why go to all this trouble to make apples less brown? This modification is expected to benefit growers, packers, shippers, and retailers by limiting the amount of bruising and other visual imperfections in their apples — meaning less waste and more product to sell. Food processors, likewise, will be able to produce more consistent juices, sauces, and sliced apple products, without relying on antioxidant treatments currently in use.

And since Arctic Apples contain no foreign DNA, they are likely to be more palatable to GMO-wary consumers. The apples have undergone 10 years of field testing, and do not differ in any significant respect from non-modified apples, apart from the lack of PPO enzyme.  Based on field studies, blocking the production of PPO does not make apple trees more susceptible to pests, and so their adoption should not result in any increased pesticide use.

The first two varieties of modified Arctic Apples appearing on the market are Golden Delicious and Granny Smith. If successful, they could pave the way for other consumer-oriented products such as non-browning cherries and pears, also in development at Okanagan Specialty Fruits.

A similar product — the Innate Potato — was approved in November 2014 by the USDA. Developed by J.R. Simplot (Boise, Idaho), Innate also uses RNAi technology to decrease production of the PPO protein, again with the goal of reduced browning. Innate potatoes also use RNAi to knock out a second protein, asparagine synthetase-1. When potatoes are cooked at high temperatures, asparagine synthetase-1 reacts with the potato sugars to produce a chemical called acrylamide — which has been linked to cancer in rodents. The Innate potatoes are already on the market in the U.S. at select retailers.