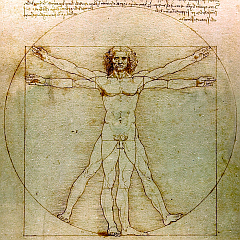 Last week, we began to delve into longevity research — the area of biotech which seeks to understand the biomolecular changes that occur with aging and possibly underlie many of the dubious gifts of old age: heart disease, Alzheimer’s and more. The work aims to lengthen life span of course, but more importantly to extend health span — the years in which the average person functions independently at a high level, both physically and mentally. This week, we’ll explore research surrounding telomeres, cellular senescence, and genomics.

Telomeres: The Long & The Short Of It

Scientists have long known that the length of telomeres has implications on aging. First though, what are telomeres? Sort of simply put, they’re the bits of DNA at the end of all chromosomes with a repeating sequence of six nucleotides: TTAGGG. This structure protects chromosomes from losing important information during replication.

Scientists at Stanford University and Houston Methodist Research Institute have induced cells to produce telomerase by delivering a modified telomerase-coding mRNA molecule to human muscle cells grown in the lab. The mRNA temporarily provides the cells with instructions for making telomerase; within a few days these protein-making instructions are degraded and the enzyme is no longer produced. This temporary expression is key —  unchecked telomere extension can cause cells to turn cancerous. This temporary induction of telomerase did indeed promote a significant lengthening of the telomeres. For now, the method has only been used in the lab to increase the life span of cells, but it may have future clinical potential as an anti-aging treatment in humans.

This beautiful word refers to an unpleasant reality. Our ever-shortening telomeres doom our cells. This is cellular senescence, the state in which cells can no longer divide. Senescent cells are found throughout our bodies. They tend to collect in areas that wear out such as eyes and joints. Senescent cells secrete signaling molecules that increase inflammation, which drives several aging-related diseases including cancer, cardiovascular disease, osteoarthritis, and Alzheimer’s.

Studies in mice show that clearing senescent cells lengthened their lives by an average of 20 percent. It also delayed organ deterioration in healthy mice. This success has inspired the development of “senolytics,” a new class of drugs that target and destroy senescent cells. Unity Biotechnology’s (Brisbane, CA) lead candidate, UBX0101, is in Phase 1 clinical testing for osteoarthritis. Cleara Biotech(Utrecht, Netherlands) and the Mayo Clinic (Rochester, MN) are also exploring senolytic treatments for cancer and other aging-related diseases.

It’s A Bird, It’s A Plane, No! It’s Supercentenarian!

Lifestyle certainly influences health span. For most, a healthy weight, not smoking, and exercise should add a few years of mental and physical fitness. However, the oldest recorded living human, Jeanne Calment, died in 1997 at age 122. Her demise came five years after kicking a one-hundred-year-old smoking habit. A century of death sticks! Other supercentenarians (people older than 110) have boozed it up and enjoyed copious amounts of sugar (Ms. Calment supposedly ate over two pounds of chocolate per week — sacre’ bleu!).

Most supercentenarians studied have somehow remained mentally sharp and free from serious chronic conditions, suggesting that protective genetic factors play a role. Just what those factors are is the million-dollar question. Answering it poses a challenge, especially due to the small pool of super-ancients. A few groups are trying. The New England Centenarian Study and the New England Supercentenarian Study, both at Boston University School of Medicine, have been studying elderly and very elderly genomes for genetic traits that set them apart. From the studies’ website, preliminary findings include:

This research aims to identify those protective genes and develop interventions to improve the health span of those of us who endure the typical insults of Father Time. Other explorations of the genetics of aging include the “Wellderly” project at Scripps Translational Science Institute (La Jolla, CA) and the Betterhumans Supercenturian Research Study. The latter is a collaboration of BIOAGE (Richmond, CA), the Methuselah Foundation (Springfield, VA), Veritas (Danvers, MA); and the Albert Einstein College of Medicine’s Institute for Aging Research (New York City, NY).

Any discussion of longevity science needs to include the possibility of cutting-edge gene therapies. Legendary genomics pioneer and Harvard Medical School professor George Church founded Rejuvenate Bio (Cambridge, MA) to test gene therapy that extends dogs’ lives. Their ultimate goal: helping dogs’ best friends live longer and better. Rejuvenate Bio is looking into a treatment that turns on genes that arrest the progression of heart failure. The scientific literature also mentions genes that increase muscle mass and that activate telomeres as potentially relevant to the study of longevity.

Longevity and health span research is an already large and burgeoning area of biotech. This WEEKLY covers some of the most interesting highlights. For a more comprehensive look, visit this 800 page (!) report. If even some of these companies succeed, we can look forward to thinking clearly and moving well into our tenth decade. L’Chaim!