December 1 marked World AIDS Day, an international day dedicated to raising awareness of the AIDS pandemic caused by the spread of human immunodeficiency virus (HIV) infection. According to UNAIDS, 37.9 million people globally were living with HIV at the end of 2018. Although the development of life-saving antiretroviral therapies has changed the disease from the death sentence it once was to a chronic disease, about one-third of those infected—24.5 million—do not have access to these drugs. And for those that do have access, the treatments come with major side effects, including fatigue, nausea, muscle pain, and even kidney or liver damage.

These statistics illustrate the need to improve access to treatments as well as to develop effective vaccines and, ultimately, a cure for the disease. This week, we cover the basics of the HIV lifecycle, describing how it infects cells and makes people sick. Next week, we’ll cover how drug discovery researchers have used their understanding of the viral lifecycle to develop treatments that are currently on the market, and take a peek at new developments in the drug discovery pipeline.

HIV causes acquired immunodeficiency syndrome (AIDS) because it infects and disables helper T-cells, a critical type of white blood cell. This incredibly destructive power is carried out by just a handful of proteins and a lipid envelope encapsulating the RNA-based genetic material. 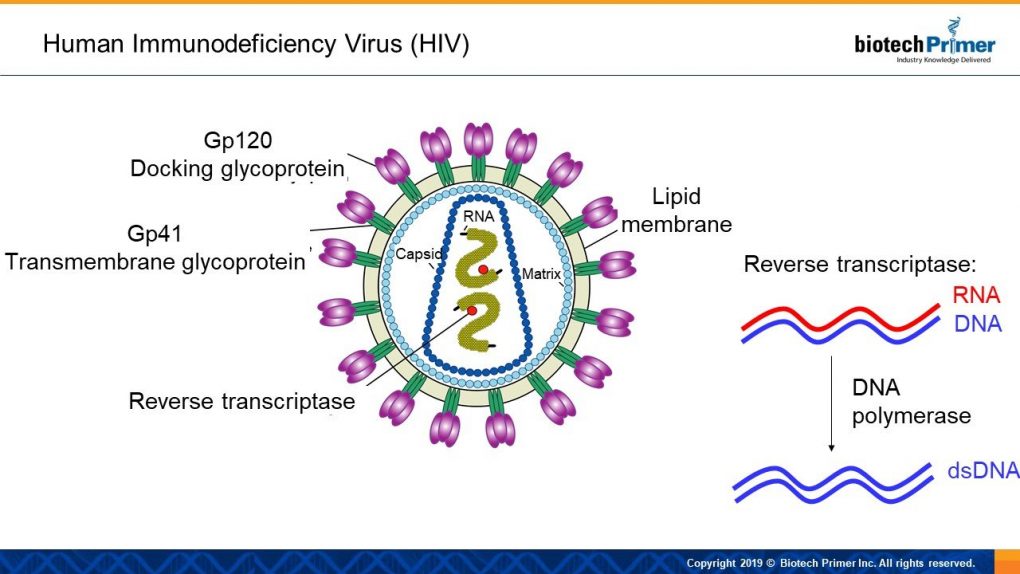 On the virus’ surface are the proteins glycoprotein 120 (GP120) and glycoprotein 41(GP41). A glycoprotein is simply a protein with carbohydrates attached to it. This type of protein is often found on the surface of viruses as well as human cells. They play a role in cell-cell interactions. The HIV glycoproteins enable the virus to attach to and fuse with target T-cells in order to initiate the infectious cycle. Other key viral proteins include capsid proteins, which protect the viral RNA, and matrix proteins, which are thought to play a role in viral assembly.

Do you struggle to understand the basic science
that your employer or clients are developing?

Scientists have learned how HIV enters the cell, replicates and releases new viral particles.  Let’s take a look at the steps: 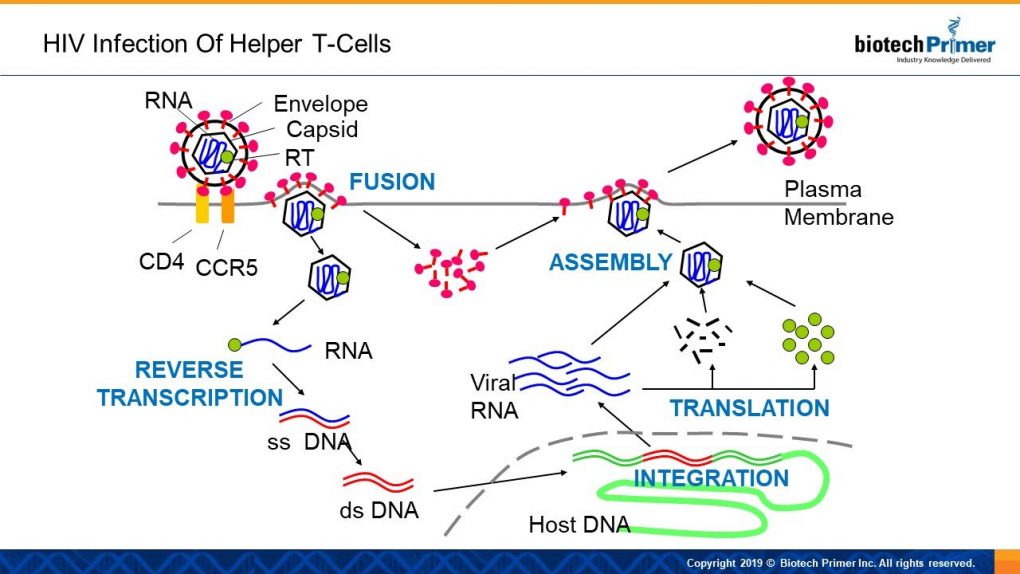 The HIV genome is known to mutate frequently. This is why successful antiviral regimens involve a cocktail of different drugs, and why drug developers must continuously discover new drugs—as the virus mutates, resistance to different drugs emerges. The source of that high mutation rate? The viral RT enzyme is “sloppy” meaning it makes lots of mistakes when copying the viral genome.

By deciphering key steps in viral infection and replication, researchers have been able to come up with drugs to stop the virus. Join us next week to find out how these drugs work, as well as an update on what’s in the pipeline.