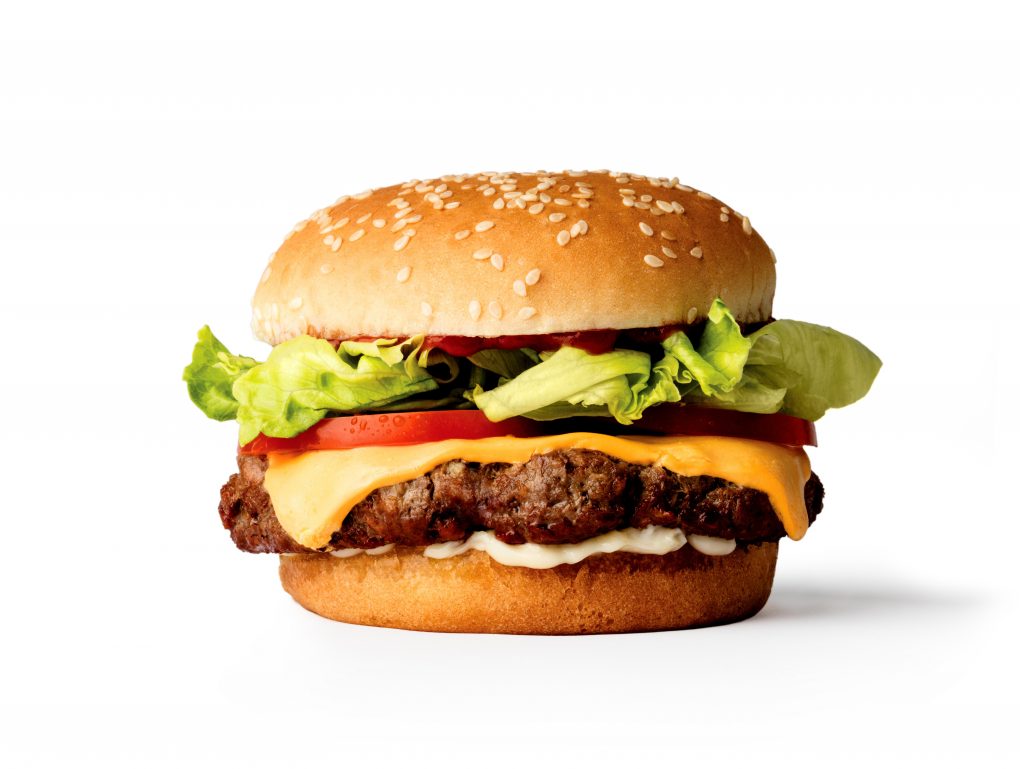 Imagine biting into a juicy cheeseburger: the flavor, the texture, the smell. Now, imagine the cheeseburger meatless. Impossible? No. Impossible Foods, a Redwood City, CA-based company has used biotechnology to create a plant-based burger amazingly similar to the bovine original. Initially available only at high-end restaurants, the burger is now appearing on more and more menus across the country.  Fast food joints are even getting in on the action, with the burger debuting at select White Castle and Burger King locations. Home chefs and grill-masters are eagerly awaiting its availability at retail stores, rumored to be happening sometime in 2019. So just in time for this year’s grilling season, let’s take a look at the science behind this culinary miracle.

UNCOVERING THE MYSTERY OF MEAT

Impossible Foods founder Patrick Brown knew he needed to understand America’s favorite sandwich at its most basic level. Discovering the specific molecules that imbue hamburgers with their unique deliciousness, he reasoned, would enable him to build a kinder, more planet-friendly burger.

So how to get at what makes a burger a burger?

Step two: cook. Researchers at Impossible Foods heated ground beef, essentially vaporizing it into a usable sample. These gaseous burger components include some of the same molecules responsible for those mouth-watering smells that waft through neighborhoods and parks in warm weather.

Step three of the molecular dissection is a little more complicated than meat and heat. It requires a gas chromatogram mass spectrometer, which is really two gadgets in one. Not standard kitchen equipment.

Chromatography is the process of separating components of a mixture. Burger “gas,” like the earth’s atmosphere, is composed of molecules with different physical and chemical properties. Think different sizes, shapes, and charges. Scientists pass the burger fumes through a long, narrow tube that contains a material that various molecules “stick to” to a greater or lesser degree, based on their makeup. The assorted molecules leave the tube at different rates, separating.

The exiting molecules then move on to the spectrometer which “ionizes” or gives them an electric charge. Negatively-charged molecules then pass through a magnetic field toward a negatively-charged panel. Molecules with different masses travel at different rates, creating a graph or mass spectrum. Researchers compare their speeds to a baseline spectrum, which allows them to detect the molecules in their sample burger. (Article continues below)

One key molecule Impossible Foods scientists identified as responsible for a hamburger’s meaty flavor is heme. This iron-carrying molecule is associated with one of the major muscle proteins, myoglobin. Since meat is pretty much muscle, it’s no surprise that it’s pretty much heme that accounts for meat’s taste.

There’s more than one way to skin a soybean though—those savvy Impossible Foods people genetically engineered yeast cells to contain the soy leghemoglobin gene. Voila! A sustainable, high-volume production platform for leghemoglobin is suddenly possible. Heme is harvested from the yeast to become a major ingredient in the secret Impossible Burger recipe. The recipe also includes wheat and potato proteins for texture, and coconut oil as a stand-in for fat.

Impossible Foods set out to recreate not only the taste, but other parts of the burger-eating experience. That leads to the question: does a medium rare Impossible Burger ooze a little “blood”?

Of course. The faux blood looks strikingly similar to the real thing. That’s because heme not only makes meat taste meaty, it makes blood red. Heme binds iron, which in turn binds oxygen. The chemical bond between iron and oxygen reflects light so that it appears crimson.

While the editorial staff of the WEEKLY has yet to sample the Impossible Burger (hint hint, Dr. Brown), eater-on-the-street reports are favorable. How does it stack up nutritionally? Protein, fat, and iron content are comparable to a lean ground beef patty—with the added benefit of zero cholesterol.

But wait, there’s more! Another type of biotech burger is on the horizon: lab-grown meat. Basically, researchers extract stem cells from cow muscle and grow them in the lab.

This approach to making “cultured” or “clean” meat still has a way to go before it lands on your dinner plate. Growing cells in the lab isn’t cheap. Similar to animals, cultured meat cells need care and feeding. The health, safety and technological requirements of culturing meat result in great expense. One pound of lab-grown beef runs thousands of dollars. Miraculously, Kobe beef seems almost affordable.

Several companies are working to make lab-grown beef cheaper and easier to produce. These include SuperMeat (Tel Aviv, Israel);  Mosameat (Maastricht, The Netherlands); and Memphis Meats (San Francisco, CA). Memphis Meats expects to have a supermarket-ready product by 2021; Mosameat estimates a similar timeline.

Going vegetarian can be tough, but many find it a pathway to better health. Moreover, beef production uses significantly more natural resources than the same amount of veggie or cultured meat. And that’s not to mention all that beefy methane. Global livestock production accounts for about 15 percent of this greenhouse gas, which contributes to global warming. For those who want to cut back or eliminate meat consumption, but still crave the taste of a good old-fashioned burger, biotechnology just might have the answer.