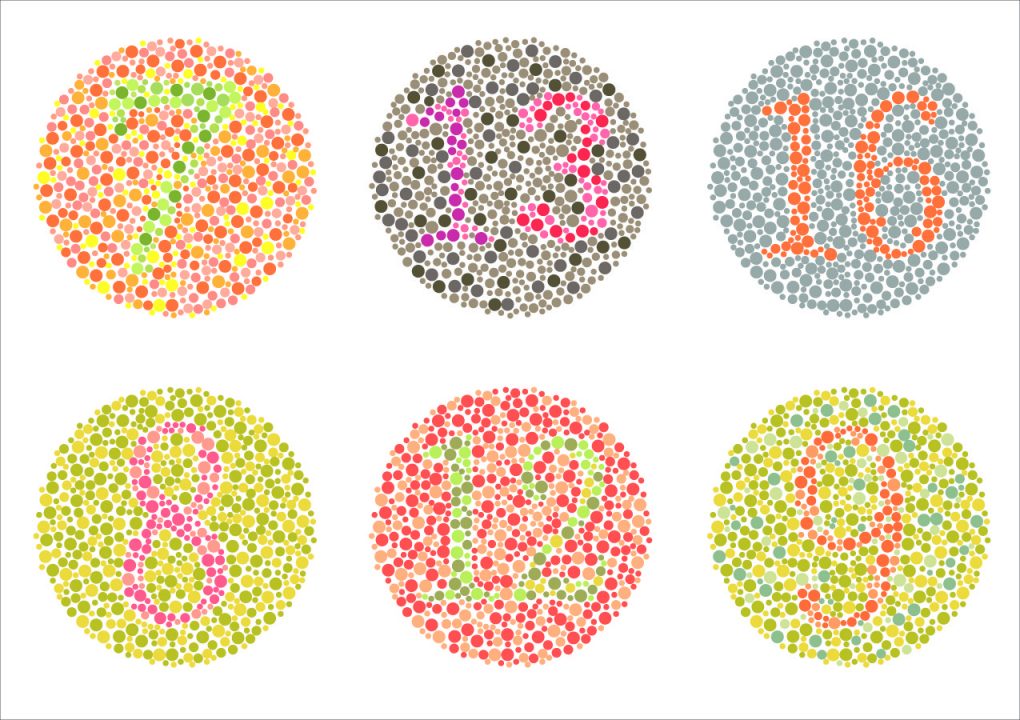 You’re at the supermarket, puzzling over whether those peaches for the pie are ripe. Maybe you’re watching your child’s soccer team, and struggling to separate the Green Hornets from the Scarlet Knights. As if determining offsides isn’t hard enough! Or more seriously, you’re approaching a stoplight on a busy street and can’t tell if the signal is red or green. People with color vision deficiency (CVD), more commonly known as color blindness, face challenges like these all the time. That’s not to mention the inability to fully experience some of the world’s wonders—the blazing of sugar maples in the fall or the first flush of April’s flowers.

TERM OF THE WEEK: PHOTORECEPTOR CELL

Photoreceptors are cells in the eye’s retina that respond to light and convert its signals into information the brain uses to create visual representations of images. We have two kinds of photoreceptors: rods and cones. Rods work in low levels of light and detect only black and white. Cones enable us to see colors.

Photoreceptors contain light-sensitive proteins called opsins. Opsins change chemically in response to light. Photoreceptors detect those changes, enabling them to convey visual information. Rods contain only one of these proteins, called rhodopsin. Cones, in contrast, contain three different opsins, one of which responds to red, green, or blue wavelengths of light. For most people, our opsins bring us the world in technicolor.

The most common types of color blindness are inherited. In these cases, the genes for one or more cone opsin are defective and make abnormal proteins. Physical or chemical damage to the eye, optic nerve, or brain can also cause color blindness.

YES HONEY, THE DRESS IS PURPLE

Color blindness affects far more men than women. The National Eye Institute (Bethesda, MD) estimates that nearly one in 12 men are color blind, versus one in 200 women. This difference arises because genes for the different opsin proteins are on the X chromosome. Women have two X chromosomes; men only one. With two copies of each opsin gene, it’s unlikely both would contain mutations interfering with color perception.

By far, most cases of genetic color blindness come from genetic mutations that code for red or green-detecting opsins. Consequently, those affected have trouble distinguishing shades of red or green. Rather than responding to only clearly distinct wavelengths of light, the mutated opsin detects a broader range, essentially bleeding over into the neighboring detection wavelength. The brain detects color by comparing signals from two different types of cone cells. Too much overlap between signals interferes with a person’s perception of color.

While most people with color vision deficiency have trouble distinguishing colors in the red and green parts of the spectrum, other conditions exist, such as tritanomaly—reduced sensitivity to blue light.

Much more rarely, two different color-detecting opsins are affected, which results in significantly reduced color vision. Even though people with this condition retain one-color-detecting opsin, the brain needs to compare signals from different types of cones to see color. The most severe and rare form of CVD is called achromatopsia—true color blindness. People with this condition perceive no color at all, and suffer from other vision problems as well.

Colormax (Timonium, MD) also markets color vision correction contact lenses and glasses that filter specific wavelengths of light. The lenses are custom-made and so require a thorough in-person exam. Colormax guarantees that the lenses will enable wearers to pass the color vision tests required for certain occupations, such as firefighter, pilot, and railroad engineer.

TINKERING WITH THE FAULTY GENES

How does a person know if the red they see is the same red someone else sees? Even among the majority of people, who see color “normally,” there are probably variations in color perception. That’s because the eye and brain work in concert to translate light into color. Add to that the physical differences in saturation, hue, and tone and the panoply of color names in the English language alone—crimson, blood, garnet, vermilion, maroon…and we’ll all be seeing red for a loooonnng time.