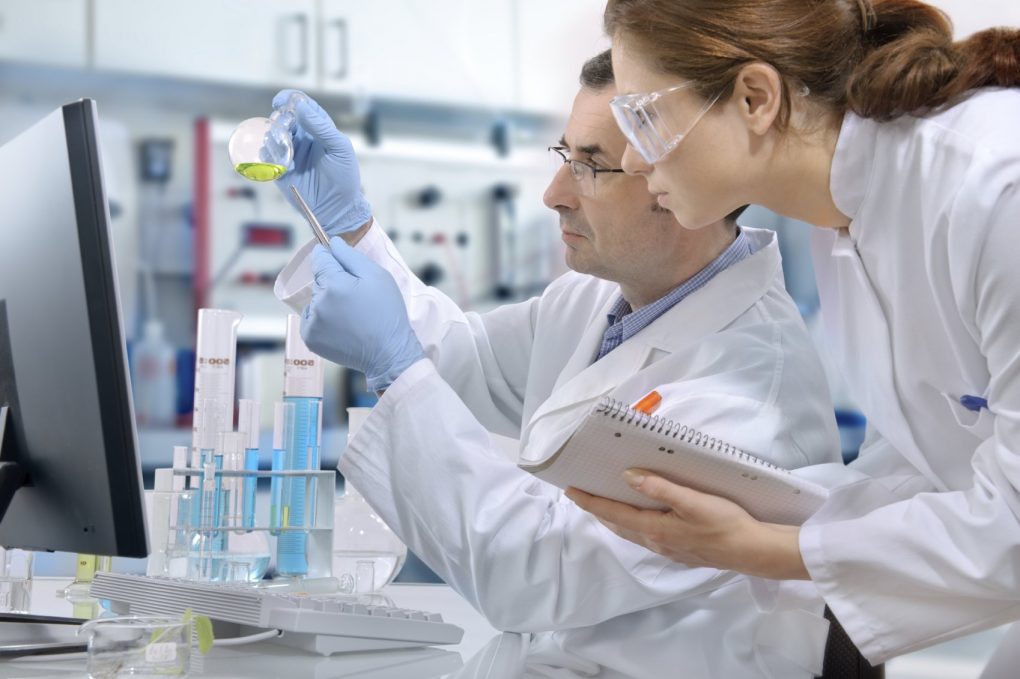 Last month, Johnson & Johnson (New Brunswick, NJ) announced the winners of its “Lab Coat of the Future” competition. This contest challenged participants to combine new technology and good design to transform the age-old symbol of science and medicine—the white lab coat—into a symbol of breakthrough innovation.

The winners, a group of researchers from Harvard University’s Wyss Institute who call themselves TeamBioFabric, developed a lab coat prototype that detects whether its wearer has been exposed to hazardous substances, including pathogens and toxins. The prototype builds on the group’s success developing synthetic biology biosensors—DNA-based systems that can detect, analyze and alert users to an external biological threat. Let’s take a closer look.

Canaries in the Coal Mine

Biosensors have been around a long time. Think about the little birds that for much of the 20th century alerted miners to invisible, odorless and deadly carbon monoxide. Electronic sensors replaced the feathered yellow sentinels in 1986. This millennium takes biosensors to the molecular level.

Like Tweety and his cousins, synthetic biology biosensors detect an input, MRSA (methicillin-resistant Staphylococcus aureus) for example, and produce an output that warns of danger. For the poor little canaries, the output was death. For wearers of the Wyss Institute “Super Lab Coat,” the output is usually a color change or fluorescent glow on the part of the coat enhanced with the biosensor.

In 2016, the Wyss Institute team developed a biosensor that detects Zika virus, designated as a burgeoning global health emergency by the World Health Organization. The Wyss biosensor used a gene sequence that, in the presence of Zika virus genetic material, is triggered to make a protein. The new protein, an enzyme, catalyzes a reaction that manifests in a color change—thus indicating the presence of Zika.

This biosensor is embedded in an everyday substance: paper. Not available at your local Staples, this stuff is known as paper-based synthetic gene networks. The Lab Coat of the Future competition meant figuring out how to make the reaction work with sensors embedded in a different medium—fabric.

To produce a particular protein, a gene needs a stew of enzymes and amino acids, the building blocks of new proteins. Outside the lab, this process happens within a cell. For the past few decades, researchers have replicated the process in test tubes by creating a “soup” of the necessary ingredients. The test tube environment works well for basic research; for developing portable biosensors, not so much. The Wyss scientists found that they could make a biotech Soup Starter—freeze-drying the ingredients—and embed it in small paper discs. The Soup Starter discs remain inactive and stable for months. Rehydrating a disc resuscitates the biosensor. If a drop of blood, for example, containing the trigger molecule hits the disc, a color change occurs. With Zika, the color morphs from yellow into purple.

Powerful Diagnostics: Outside and Inside the Lab

These “freeze-dryable” biosensors may have a significant impact in the field of public health. The low-cost, portable on-site diagnostics can quickly detect the presence of deadly viruses such as Ebola or Zika. Early diagnosis could help contain outbreaks, saving countless lives.

These simple, powerful little papers inspired Team BioFabric’s entry into the Lab Coat of the Future contest. Instead of paper, the researchers wove the freeze-dried biosensors into fabric. The idea is to warn health-care providers as soon as possible of exposure in the lab or doctor’s office to an infectious agent. The biosensors can be easily adapted to a range of pathogens.

With their $50,000 prize money, Team BioFabric is kicking their super lab coat up another notch. The new goal is to integrate the freeze-dried biosensor with wearable electronics and embedding both into a lab coat. In addition to changing color, the even more souped-up lab coat would ping the wearer’s cell phone with an exposure alert. Busy doctors or researchers may not notice a color change, but just try to ignore a cellphone!

The super lab coat and its sibling, SLC 2.0, may not make New York Fashion Week in September, but that’s OK by us at Biotech Primer WEEKLY.  We’re putting our money on the new, intelligent lab coats anyway.