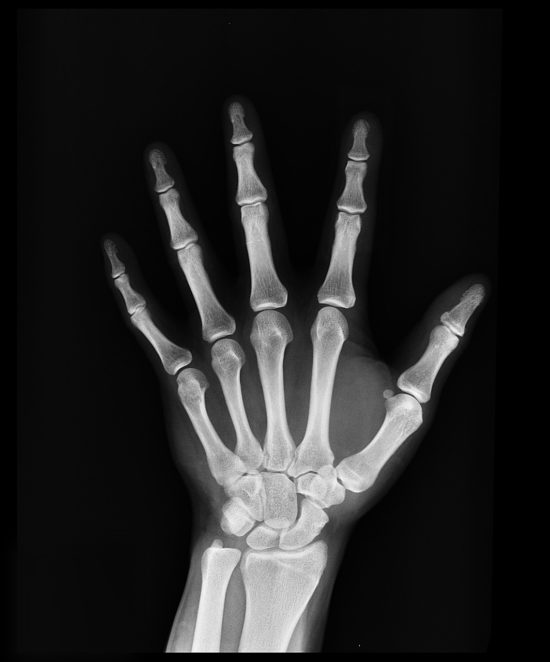 Medical imaging — using various modalities to take a snapshot of the body’s interior structure — has been around since 1895, with the discovery of X-rays by Wilhelm Roentgen.

X-rays are a type of electromagnetic radiation (more on that later!) that are able to pass through soft tissues such as skin, fat, and muscle — but not bone. When an X-ray beam is aimed at the body, it passes through the soft tissue but is blocked by the bone, casting a shadow to create an X-ray image on a piece of film. The introduction of X-rays revolutionized medicine, making it possible to accurately diagnose broken bones and to identify the location of harmful objects such as bullets inside of patients’ bodies.

Newer technologies such as PET and CT scans supplement X-rays, aiding in the diagnosis and management of a disease. Let’s find out how these pictures are worth much, much more than a thousand words.

TERM OF THE WEEK: ELECTROMAGNETIC SPECTRUM

Electromagnetic radiation is a combination of electric and magnetic fields from various wavelengths that move through space and carry energy. The electromagnetic spectrum encompasses the following: 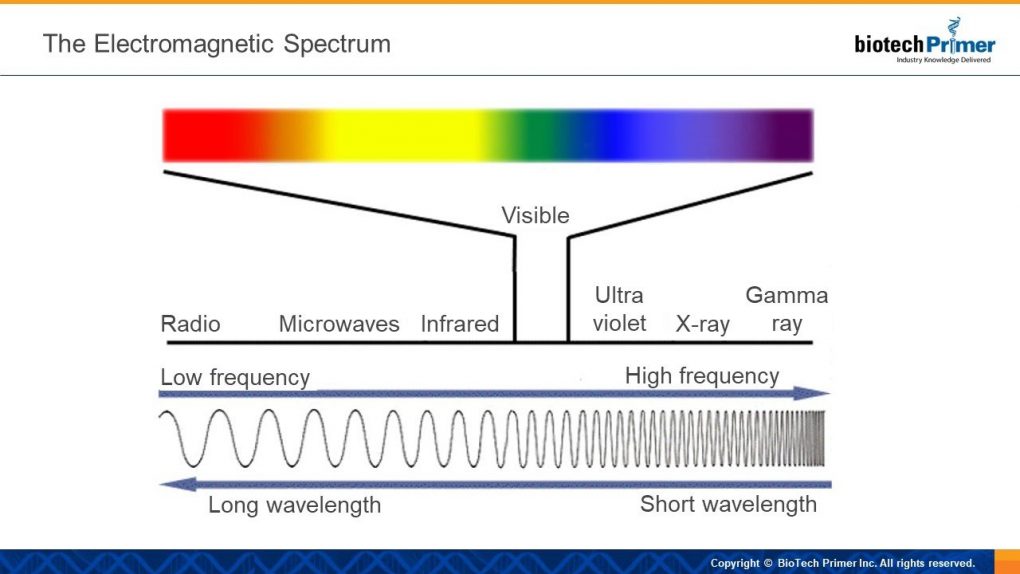 We can only see a small portion of the electromagnetic spectrum — visible light. The remaining types of energy, from low frequency radio waves to high frequency gamma rays, can be created, manipulated, and detected for various applications, including medical imaging technology.

Medical X-rays, as described above, work by beaming electromagnetic radiation at the body from an outside source (the X-ray machine). “Positron emission tomography” — a PET scan — in contrast, assesses bodily function from the inside out. A radioactive tracer is injected and seeps through the body and attaches itself to certain tissues, then the gamma rays emitted by the tracer are detected by the PET scan. The radioactive tracer (also called a radiopharmaceutical) consists of a “carrier molecule” that is bonded tightly to a radioactive atom. The carrier molecule used has an affinity for the part of the body to be imaged.

CT scans — “computerized tomography” — are essentially 3D X-rays. X-rays are taken from many different angles, creating cross-sectional images or “slices.” These cross-sections are then processed by a computer to produce a 3D anatomical image. A contrast agent — which is used to enhance the body’s structure or fluids — is typically given to patients prior to a CT scan, making the soft tissues denser, therefore enabling the agent to block X-rays and thus become visible in the CT.

This combination of both types of tomography — the use of waves to penetrate the body to create images — is very useful when information about both metabolism (PET) and anatomy (CT) are required to study disease.

Radioactively labeled glucose — fluorodeoxyglucose (FDG) — is widely used for metabolic imaging studies in PET scans because they detect deficits in brain activity that may show signs of neurodegenerative diseases such as Alzheimer’s or Parkinson’s.

Since all types of tissue use glucose for energy, increased uptake of glucose-loving FDG indicates more metabolic activity. In Alzheimer’s or Parkinson’s disease, a brain PET scan that uses FDG as the tracer may detect lower than normal FDG consumption in certain brain areas, meaning there is a reduction of metabolic activity in those regions — a possible indication of the early neurodegeneration.

Although FDG-based PET scans have emerged as a useful tool in neurodegenerative disease, they are not capable of clearly differentiating one type of neurodegeneration from another. To do that, disease-specific radiopharmaceutical detection agents have been developed.

DaTSCAN (GE Healthcare; Chicago, IL) is a radiopharmaceutical that binds to cells in the brain that release dopamine, a chemical messenger. Loss of this type of brain cell is associated with Parkinson’s disease (PD). PET imaging with DaTSCAN enables physicians to visualize the loss of dopamine-associated neurons, and to diagnose PD.

Preclinical efforts are now being directed at the development of radiopharmaceuticals for the detection of alpha-synuclein, a protein that is elevated in the brains of PD patients. Alpha-synuclein elevation is thought to occur earlier in PD progression than dopamine signaling irregularities; thus, the ability to detect it could enable earlier diagnosis and intervention. This is considered such an important goal in the field that in 2016, the Michael J. Fox Foundation announced a $2 million dollar award to the first team that successfully develops a PET tracer for the visualization of α-synuclein. Leaders in this race include AC Immune (Lausanne, Switzerland) and ICBI International (La Jolla, CA).

Three radiopharmaceuticals — Vizamyl (GE Healthcare), NeuraCeq (Piramal Imaging; Berlin, Germany) and Amyvid (Eli Lilly; Indianapolis, IN) — have been approved for the detection of beta-amyloid protein plaques in the brain, which could indicate the presence of the Alzheimer’s disease (AD). They are approved for clinical use in PET scans, however they are not considered to be stand-alone diagnostics. In other words, a negative scan may be used to rule out AD, but a positive result is not enough on its own to diagnose.

The second type of abnormal protein cluster found in AD patients’ brains are tau proteins. PET tracers for the detection of tau are in development by several companies, including AC Immune (Phase I), Piramal Imaging (Phase I), Merck (Kenilworth, NJ; Phase I), Roche (Basel, Switzerland; Phase I), and Janssen (Raritan, NJ; preclinical). Challenges that must be overcome when developing new radiopharmaceuticals for targets inside of the brain include developing an agent that will cross the blood-brain barrier and be extremely target-specific.

PET scans may be used as part of an initial diagnosis, and as a way to monitor treatment. Tumors shrink in response to therapy while the spreading of cancer to other parts of the body can point to metastases.

The prospect of being injected with a radioactively-labeled imaging agent may give some patients pause. However, the total radiation dose received by that patient is equivalent to the exposure caused by two routine chest X-rays according to the National Institute of Biomedical Imaging and Bioengineering. This is due largely to the rapid decay of the radioactive label used for PET tracers. Within a few hours of administration, there is no detectable radioactivity in the patient’s body. Patients are encouraged to drink plenty of fluids after a PET scan to aid in flushing any remaining radiopharmaceutical out of the body.

The ability to see inside of a patient’s body, directly measuring metabolic activity or anatomical structure, is critical to detecting, monitoring, and treating diseases. With new discoveries in the field of imaging we can hope to catch signs of disease sooner rather than later.