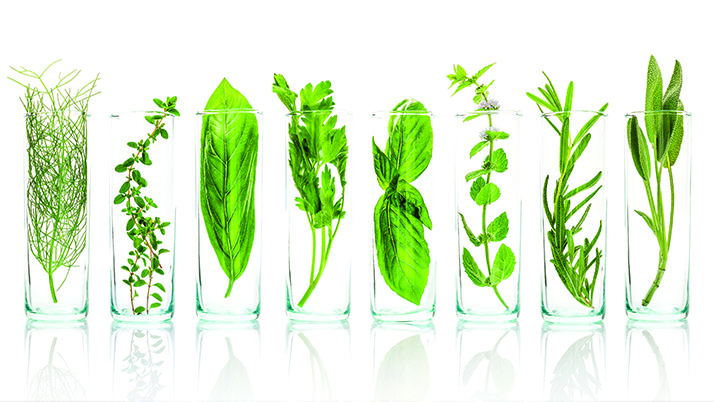 Where does medicine come from? Before it gets to your medicine chest? Before you purchase it from your neighborhood drugstore? Next time you’re hiking through a forest or gazing at your pretty screensaver of the Olympic Peninsula, think of this: the magic that relieves a throbbing headache or lowers your dad’s blood pressure may well have started with a plant.

Historically, humans have looked to the world around us for what we need. Plants in particular offer the power to feed, heal or potentially harm us. They produce an array of bioactive compounds to survive and thrive. Some of these substances are also biologically active in people too. Sometimes, years of hard work and testing turn one of these compounds into drug we can use.

Doctor Mom in the Forest Primeval

Imagine early humans, scrabbling for survival out on the savanna somewhere. One of the toddlers develops a burning fever. Desperate, the mother remembers those berries along that new stretch of riverbank. She asks herself, “What if?” Let’s say the berries cure the baby’s malady. Voila—the first medicine, courtesy of Dr. Mom.

As long as humans have eaten plants, we’ve experimented with their health effects. The Chinese were likely the first to formalize their knowledge into what we call Traditional Chinese Medicine (TCM). According to Chinese lore, the mythical emperor Shennong, sometimes known as the Divine Farmer, commanded his herbalists to record the effects of medicinal plants approximately 5,000 years ago.

Ethnobotanists and others have examined many TCM plants for use in pharmaceuticals. Some have yielded ingredients regularly used in western medicine. They include:

Mahuang or Ephedra (Ephedra sinica). Mahuang was used to relieve asthma, or at least wheezing and congestion. Scientists now know that mahuang contains an alkaloid called ephedrine. Ephedrine has a long history in western medicine as well. It’s the active ingredient in many cold medicines, including Sudafed. Doctors also prescribe ephedrine to prevent low blood pressure during spinal anesthesia.

Indian snakeroot (Rauwouofia serpentina) is also featured prominently in early Chinese and Indian medicine. It contains an indole alkaloid, reserpine. Studying this chemical helped neuroscientists learn how neurotransmitters such as serotonin or dopamine govern depression. Reserpine is prescribed for hypertension and psychosis. Mahatma Gandhi reportedly relied on reserpine to calm his nerves.

From Forest to Pharmacy

Plants beyond those used in traditional medicine continue to influence modern medicine. In fact, for the past 25 years, approximately one quarter of prescribed medicines in the US contain plant derivatives.
According to some historians, the modern pharmaceutical industry began as early as the mid-1800s. Others say the early 1900s. Regardless, the first commercial drugs derived largely from plant extracts. They include these old favorites:

Through the 1930s, pharmacological research remained focused on screening natural products. Plants, bacteria and fungi were tested for their potential anti-cancer, anti-inflammatory or anti-bacterial properties.

In 1955, the National Cancer Institute began screening natural products for cancer treatment. This program yielded a potent anti-cancer compound, taxol. Taxol came from the bark of the pacific yew, an evergreen native to the Pacific Northwest. In 1993, the FDA approved a modified version of taxol, Paclitaxel, for chemotherapy. Today, Paclitaxel is on the World Health Organization’s List of Essential Medicines.

However, the plant kingdom remains a biological treasure trove. A 2016 study by England’s Royal Botanic Gardens Kew estimates our amazing planet supports about 390,900 species of plants. So far, researchers have screened only about six percent for biologic activity in humans. Who knows what pharmaceutical miracles may originate in this immense diversity?

A Supplement is Not a Drug

More and more, people use plant-based supplements like echinacea to combat their colds or valerian to help them sleep. Scientist are investigating some supplements for their medical potential. However, it’s vital to remember that the FDA does not consider supplements drugs. So, what are the differences between a supplement and a drug?

The FDA evaluates and monitors the development of prescription medicine in the US. The agency defines drugs as substances intended to diagnose, treat or prevent disease. They must pass clinical trials before being approved for consumer use. The process often takes twelve years or more and incredible resources—intellectual and monetary.

In contrast, the FDA has no power to regulate supplements. Under the Dietary Supplement Health and Education Act, the FDA must treat supplements like food. The law doesn’t require supplements be tested for safety, purity or quality. They include minerals, vitamins, amino acids and other biological substances. The general rule is that these products are considered safe until proven unsafe.

Some supplements are whole plant extracts, containing multiple bioactive ingredients. If a pharmaceutical company wants to develop a drug from a supplement, it generally needs to isolate and test a single compound from the whole plant extract. Companies such as Sanofi (Paris, France), Novartis (Basel, Switzerland) and Pfizer (New York, NY) are investigating plant-derived compounds in their drug discovery pipeline. One smaller company, Napo Pharmaceuticals (San Francisco, CA), isolated a compound from the tropical croton plant (Croton lechery). It won FDA approval as an anti-diarrheal for HIV patients in 2013.

Here are a couple plants and one fungus currently marketed as supplements. Remember, caveat emptor—guinea pigs are us.

White mulberry. Dried fruit from the white mulberry tree tastes a bit like raisins. The fruit contains fiber, protein and vitamins and deoxynojirimycin, or DNJ. DNJ is a glucosidase inhibitor that acts upon the sugar metabolism pathway to prevent a spike of blood-sugar levels after eating. DNJ may prove useful for diabetics.

Devil’s claw. This small desert plant is native to Southern Africa. In the early 1800s, Europeans introduced this plant at home, where its root became a popular remedy for pain and osteoarthritis in France and Germany. Harpagide, a glycoside from devil’s claw, appears to control inflammation. Devil’s claw has also gained some traction with dog and horse owners because those animals also experience relief after taking the herb.

Chaga. Fungal tea, anyone? Strange but true—look for a chaga concoction on the chalkboard of your local coffee shop soon. This fungus grows on hardwood trees in chilly, northern forests (Maine, Alaska, Canada, Siberia). Packed with antioxidant enzymes, phytosterols and other bioactive compounds, preliminary research suggests the ability of chaga extract to reduce inflammation, reduce fatigue and boost immunity. No verdict on taste though!

Next week, we’ll move from the forest and the garden to the lab—explaining key steps researchers take to identify and move potential medicinal compounds into clinical trials.