With their high specificity and relative low manufacturing cost, RNA therapeutics may be tomorrow’s biotech sweetheart. In fact, chances are good that previously “undruggable” targets that cannot be accessed by small or large molecule drugs, are now within reach. However, the main roadblock continues to be delivery—getting the RNA drug where it needs to be, in high enough concentrations, to be effective.

Last week we looked at the emerging class of nucleic acid-based drugs known as messenger RNA therapeutics. This week, we’ll continue our discussion by examining the RNA therapeutic known as antisense. Let’s march!

Messenger RNA (mRNA) is a molecule that carries a copy of the protein-making instructions from DNA in the nucleus of a cell to the ribosomes located just outside of the nucleus. The information contained in mRNA is used by the ribosomes to assemble a protein. Without mRNA relaying the instructions, there would be no protein produced.

Antisense drugs are short (between 10 and 30 nucleotides), synthetic pieces of nucleic acid whose sequence is complementary to the mRNA that codes for a disease-associated protein. When the antisense drug enters a patient’s cells, it binds to the disease-causing mRNA. This binding triggers an enzyme called RNAse H to destroy the double-stranded antisense-mRNA hybrid. Our bodies recognize that double-stranded RNA as a mistake and destroys it. Without the mRNA, the disease-associated protein simply is not made — stopping disease in its tracks.

The history of antisense in drug development is quite fickle. Over the years the inability to get antisense drugs to accumulate at therapeutically effective concentrations in the target tissue was the undoing of many clinical trials. But the love affair with antisense renewed itself in 2013 thanks to the FDA approval of Ionis Pharmaceuticals’ (Carlsbad, CA) Kynamro for the treatment of familial hypercholesterolemia. 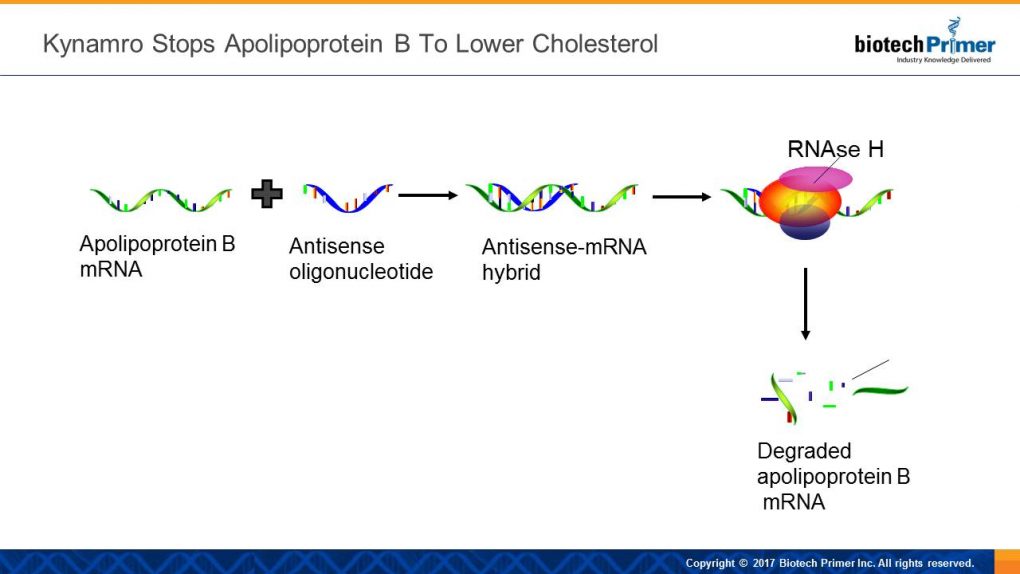 Exondys 51 (Sarepta Therapeutics; Cambridge, MA) and Spinraza (Ionis and Biogen; Cambridge, MA) are recently-approved antisense drugs that work by altering how the cell processes pre-mRNA — an immature template of mRNA. Pre-mRNA is a long strand of RNA from which specific pieces are cut out or added in before becoming the mature mRNA that is able to relay the protein-making instructions from DNA to the ribosomes.

When pre-mRNA is first produced, it contains two types of sections that are either cut out or left in depending on the instructions: 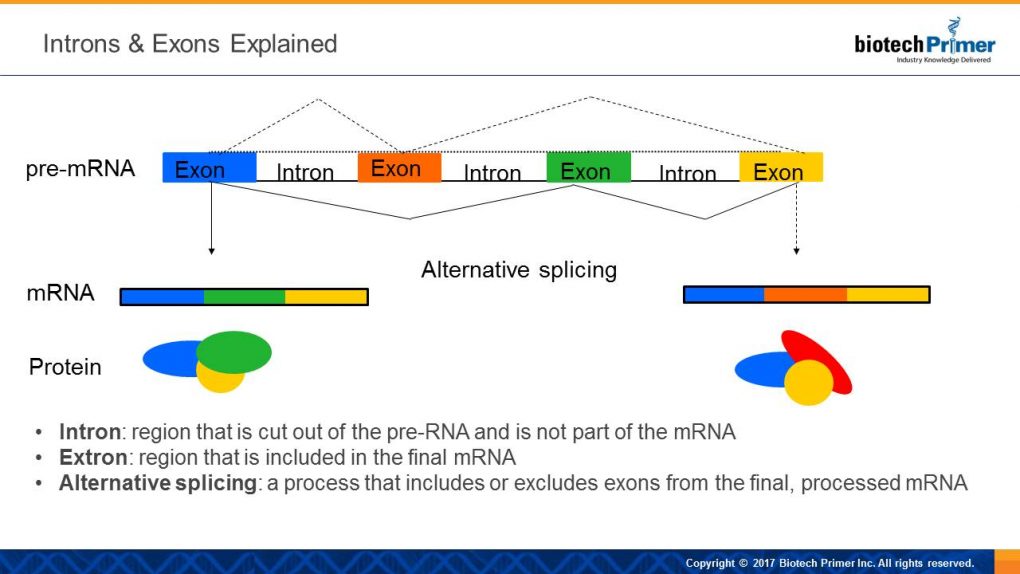 Duchenne’s muscular dystrophy (DMD) and spinal muscular atrophy (SMA) are diseases in which errors occur in the processing of pre-mRNA, resulting in proteins that are not fully functional. Harking back to our grocery list analogy, this means your weekly grocery list is incorrect. Some wrong items were left on and some right were left off, resulting in a failed shopping trip.

Antisense drugs alter the way pre-RNA is processed by either including or excluding exons to make a more functional protein. Antisense technology fixes the weekly grocery list.

In DMD, the wrong items were left on during the list-making process. Exondys 51 is an antisense drug that binds to the “wrong item” to ensure it stays off. In reality, it cuts a mutated exon out of the dystrophin gene. By cutting out this exon, DMD patients produce a more functional dystrophin protein than the disease-associated version. The dystrophin protein maintains muscle integrity. 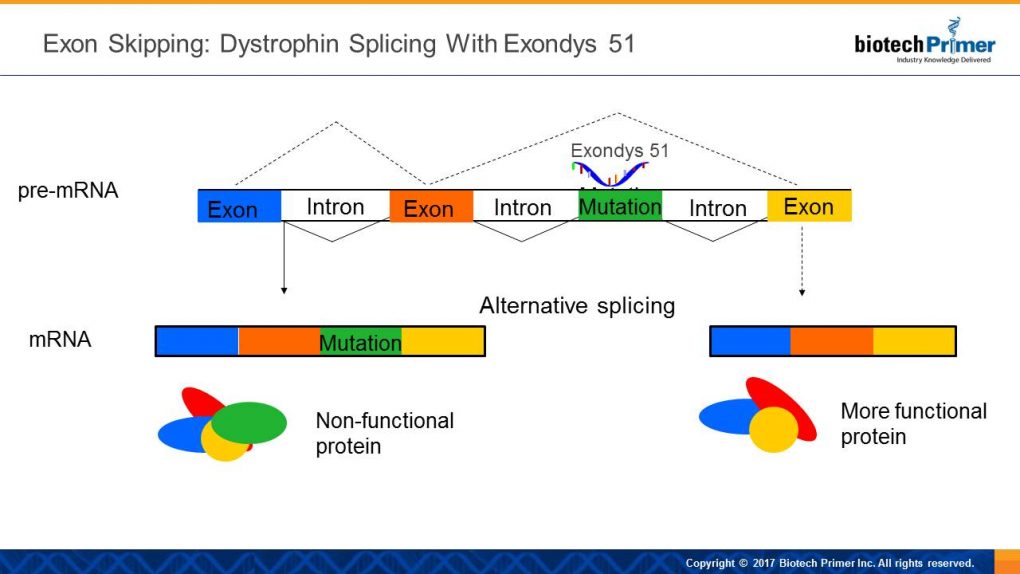 SMA patients don’t produce enough of a protein called spinal motor neuron (SMN) because it is missing an exon; the right item was left off during the list-making process. Spinraza fixes this error, in other words, the antisense drug glues itself to the exon which needs to stay on so it can remain on the list. This results in the production of a full-length mRNA and a more functional SMN protein. 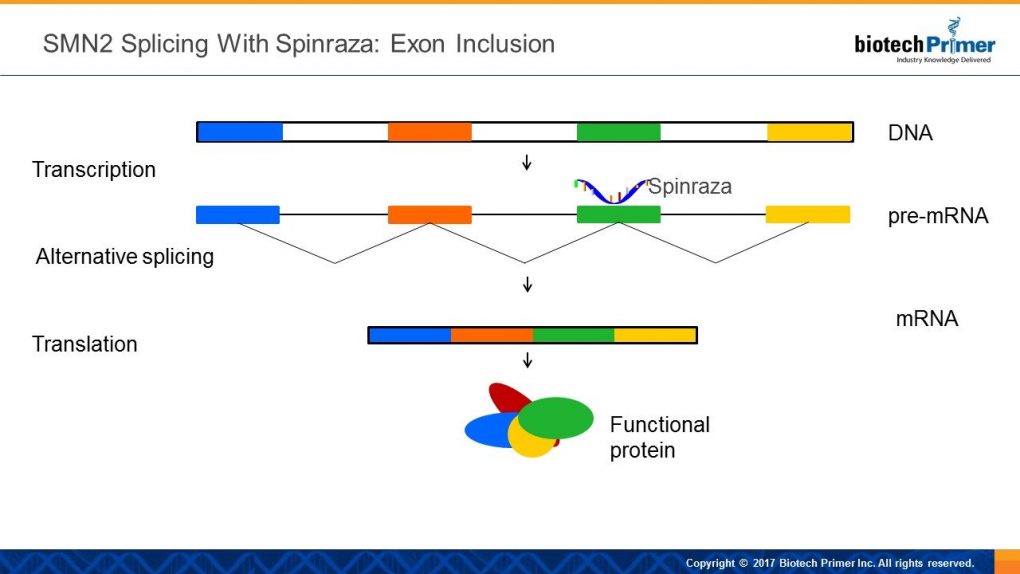 The Future Of Antisense

The future of antisense looks bright. By targeting the right tissues (the most promising targets are in the liver) and developing more stable formulations, we can expect to see more success stories. Check out some of the antisense drugs currently in clinical development: 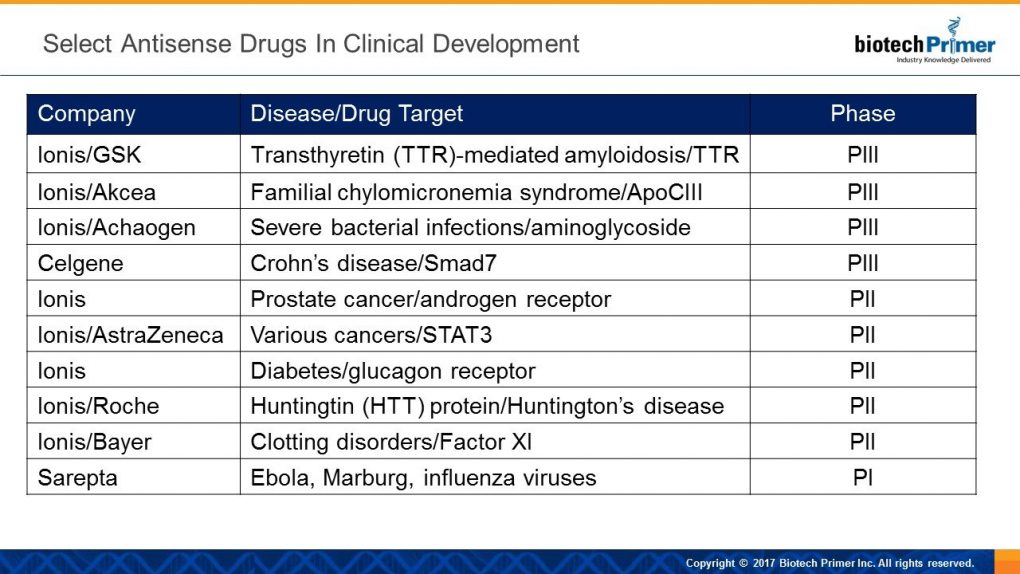 The complex yet fascinating world of antisense marches forward. They promise several key advantages, including high specificity, low manufacturing costs, and the potential to target previously “undruggable” targets. We here at the WEEKLY look forward to reporting on new approvals in this arena.