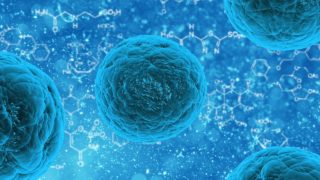 Headlines touting stem cells often claim the therapies heal everything from hair loss to hearing loss. While many of these treatments are not FDA approved, there are some promising innovations winding through preclinical and clinical development. Here at WEEKLY headquarters, we like to tease out the science behind the scene, so let’s review regenerative medicine basics and survey the companies attempting to repair damaged tissue with these high potential cells.

Stem cells are unspecialized cells that have the ability to develop (differentiate) into 1 of 200 cell types in the body. There are two general classifications:

Embryonic stem cells have the most therapeutic potential. A main focus of research is sussing out which combo of hormones cause a stem cell to commit to becoming a specific tissue; for example, spinal cord tissue vs. brain tissue. The billion dollar market: grow and transplant stem cells into patients who have lost tissue due to acute trauma.

Since embryonic stem cells may come from unrelated donors, there is the likelihood of tissue rejection. Thus there is considerable interest in developing therapies using a patient’s own adult stem cells.

Let’s take a look at companies trying to boost the regenerative capacity of these tissues less adept at self-repair.

Progenitor Therapeutics’ (Stevenage, UK) name hints to the company’s main technology. A progenitor cell is one that has taken the first steps to becoming a specialized cell, such as a cardiac cell. Once these steps are taken, the stem cell is “committed” to becoming that specialized cell type.

Progenitor Therapeutics is focused on discovering small molecule drugs that will nudge adult stem cells down the differentiation pathway. They do this by testing hundreds of thousands of drugs on stem cells to see which bring out progenitor cell types. Although still in preclinical development, their work offers a tantalizing future of popping a pill to regenerate damaged tissue.

Neuronascent (Clarksville, MD) and Neuralstem (Germantown, MD) are leading the charge in developing small-molecule activators of neurogenesis, or the generation of neurons (brain cells) from stem cells. By screening large chemical libraries, scientists at these companies have identified compounds that activate neurogenesis from adult neural stem cells both in the lab and in mouse models of various neurodegenerative disorders.

Neuralstem’s lead neurogenesis candidate, NSI-189, increased the size of the hippocampal region of mice brains by 20%. Neuralstem is beginning Phase II of NSI-189 for major depressive disorder. The drug is already in preclinical development for Alzheimer’s disease.

Neuronascent’s first focus is the development of small molecule compounds that promote neurogenesis for the treatment of Alzheimer’s disease. In an Alzheimer’s mouse model, the lead compound NNI-362 promoted the growth of new hippocampal neurons that not only migrated to the correct functional location, but also differentiated and survived long enough to reverse previously observed cognitive declines. Neuronascent is preparing for Phase I of NNI-362.

On The Fast Track With Angionetics

Generx is a viral vector — a virus that has been modified to deliver a specific gene to a target cell type — that delivers a gene for fibroblast growth factor 4 (FGF4) to cardiac tissue damaged due to lack of oxygen during a heart attack. The damaged tissue then produces the FGF4 protein, which promotes the formation of new blood vessels in damaged regions, increasing the heart’s ability to deliver oxygen-rich blood. The FGF4 gene delivered by Generx does not incorporate into the cardiac cell’s genome. This means the growth factor is only produced for a few weeks — just long enough to jump start the growth of new blood vessels. 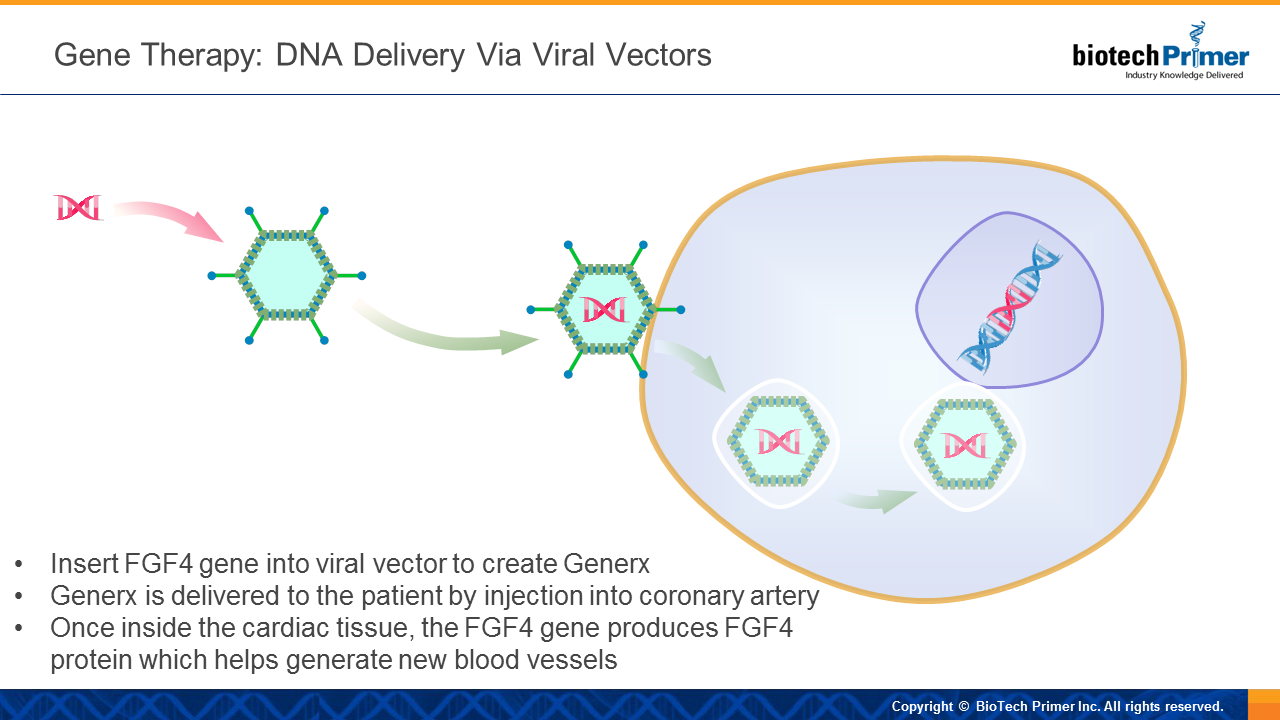 Juventas (Cleveland, OH) is also developing a gene therapy for heart disease. However, instead of using modified virus, Juventas relies on plasmids — small, circular pieces of DNA engineered to contain the therapeutic gene.  In this case, the plasmids are injected directly into damaged cardiac tissue. Advantages to this “naked DNA” approach include reduced patient immune response and lower manufacturing cost.

Dubbed JVS-100, the Juventas plasmid contains a gene for stromal-cell derived factor-1 (SDF-1), which recruits cardiac stem cells and promotes new blood vessel growth. Like Generx, JVS-100 does not integrate into the recipient’s own DNA, making the production of SDF-1 temporary. JVS-100 has completed Phase I clinical studies. 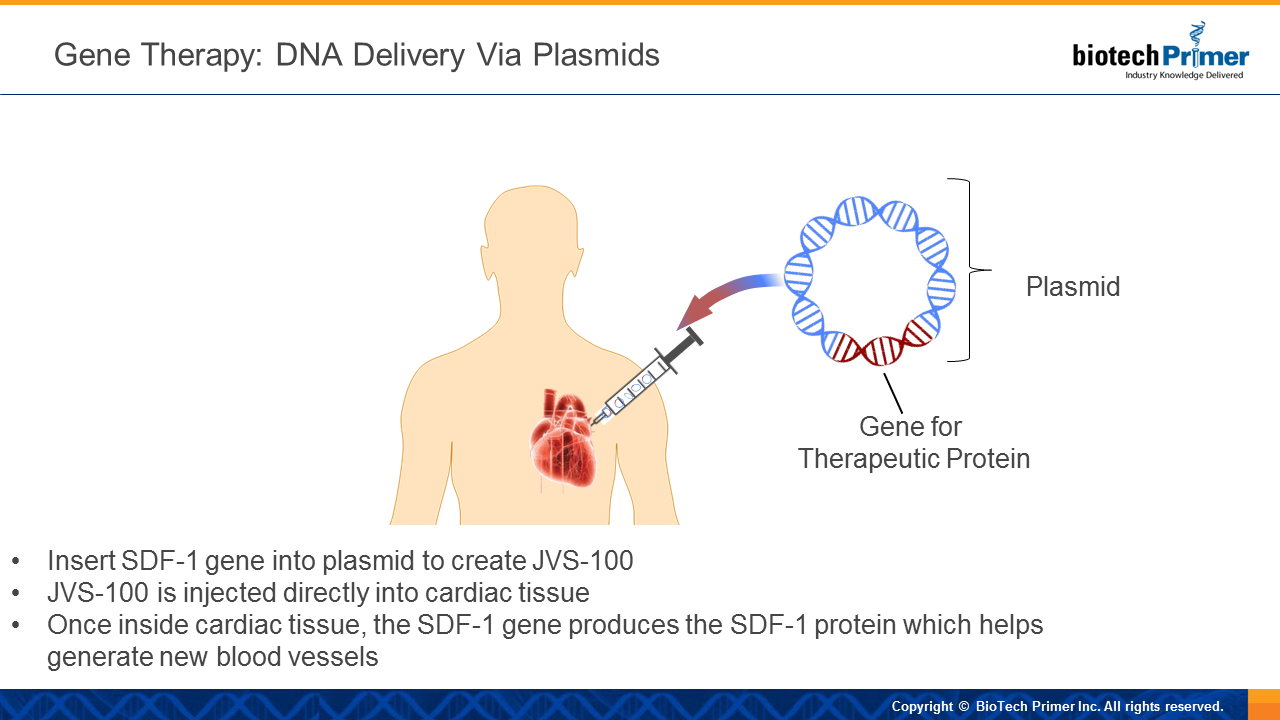 Good hearing depends on thousands of tiny hair cells within the inner ear that mechanically amplify low-level sound. As these hair cells are damaged or lost through exposure to excessive noise, toxic drugs, and normal aging, hearing loss occurs and we are not able to generate new hair cells.

That may change. The leaders behind Cambridge-based startup Frequency Therapeutics reported the discovery of a small-molecule activator of hair cell precursors — LGR5+ cells — which are a type of adult stem cell. Once activated, LGR5+ cells differentiate into hair cells. The work was done on animal models in the lab using cochlea – the portion of the inner ear which contains the hair cells. The findings suggest Frequency may be on the path to developing a drug to restore hearing loss.

Just last month, a new regenerative medicine company, Surrozen, was launched in South San Francisco. The company founders include scientists who have spent decades deciphering a cell signaling pathway known as the Wnt pathway, which plays a central role in stem cell maintenance and tissue regeneration. Surrozen’s focus is on developing drugs that activate this pathway, potentially leading to treatments for degenerative diseases.

If any of these companies are successful a shot of stem cells — not major surgery — may repair previously unfixable tissue damage. We’ll keep a close eye on these exciting developments and be sure to report them back to you.