The Danger Of Antibiotic Resistance 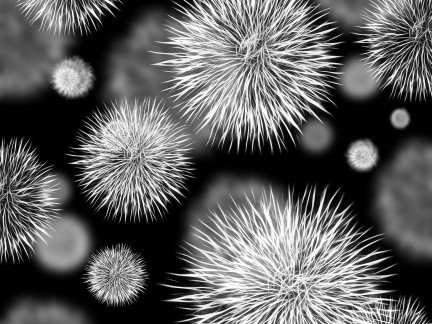 THE STATE OF ANTIBIOTICS

One of the greatest public health challenges of the twenty first century—drug resistant bacteria—prompted the first ever Antibiotics Summit at the White House earlier this month. Antibiotic resistance occurs when a few bacteria in a given population develop a genetic mutation that enables them to survive—even in the presence of antibiotics.

How do bacteria become drug resistant? Suppose a particular antibiotic works by inhibiting an enzyme required for bacterial replication. If one bacterium mutates so the enzyme has a slightly different shape, the antibiotic is no longer effective. The mutated bacterium lives on and continues to replicate, even as all the others die off. Over time, this resistant strain becomes dominant, spreading from person to person, remaining unchecked and thriving. The end result is multi-drug resistant bacteria.

Last year saw the approval of three new antibiotics for the treatment of acute bacterial skin and skin structure infections, often caused by methicillin-resistant staphylococcus aureus (MRSA). This year, an antibiotic that enhances the effectiveness of its partner antibiotic made it to the market.

Two of the 2014 approvals, Dalvance (Durata Therpeutics, Chicago, IL) and Orbactiv (The Medicines Company, Parsippany, NJ) work by inhibiting bacterial cell wall synthesis. The cell wall is a layer of sugars and amino acids (peptidoglycans) that surround bacterial cell membranes, providing bacteria with structural support, protection, and a filtering mechanism. The new drugs are a synthetic lipoglycopeptide—a chemical entity similar enough to the peptidoglycans so they are easily incorporated into the cell wall, but different enough so that once integrated, cell wall synthesis stops. Without a functional cell wall, bacteria die. Since human cells do not have cell walls, they are not affected by Dalvance and Orbactiv.

The third 2014 approval, Sivextra (Cubist, Lexington, MA), works by inhibiting bacterial ribosomes—the enzyme that makes all bacterial proteins. Without new protein production, the bacterium is unable to carry out functions essential for life and dies as a result.

In February of this year, the FDA approved Avycaz (Actavis, Parsippany, NJ) to be used in combination with a previously approved antibiotic called cephalosporin. Avycaz works by inhibiting the enzyme beta-lactamase, which bacteria secrete in order to break down other antibiotics—essentially boosting the potential of its paired antibiotic.

Although these new approvals are encouraging, none of them work by entirely novel mechanisms. It is likely that resistance will eventually emerge—underscoring the continued need to discover and develop antibiotics.

Antibiotics have traditionally been found by screening soil bacterium for compounds they release in order to kill their competitors: other bacteria competing for the same resources. A big problem with this method, however, lies in the fact that most soil bacteria do not grow well in the lab—making it impossible to screen 99% of potential candidates.

Earlier this year, a team of scientists at Northeastern University (Boston, MA) developed a method of cultivating bacteria in the lab by sandwiching them between layers of the soil separated by a semi-permeable membrane. NovoBiotic Pharmaceuticals (Cambridge, MA) used the technique to screen 50,000 new types of soil bacteria and identified 25 new drug candidates.

NovoBiotic’s most promising candidate is Teixobactin, a compound that binds to two different lipid components of the bacterial cell wall, preventing them from being used to produce future cell walls. Neither lipid is rapidly evolving, so it is likely to take a much longer time to for resistance to come about. The compound is also highly toxic to bacteria cells, a trait that should also defer resistance by quickly killing off target populations before resistance emerges. Teixobactin may be the tip of the screening iceberg.

SEQUENCING BY THE SEA

Another large and mostly untapped source of potential new antibiotics—microbes of the ocean. Because of significant environmental differences in temperature, salinity, and pressure between the ocean and the lab, these microbes can be near impossible to grow outside of the marine environment.

University of California (San Diego, CA) scientists are developing ways to circumvent this plight through genomics. By isolating and sequencing the DNA of marine microbes, researchers identified gene clusters that they predicted would code for antibiotic-like compounds. These genes were then transferred and grown in bacteria, producing a compound dubbed taromycin A. The result? Taromycin A impaired the growth of several types of drug-resistant bacteria, providing a potential platform for future antibiotics.

CUTTING IT UP WITH CRISPR

Another novel approach lies in the immune system of the bacteria itself—the often buzzed about CRISPR/Cas 9. CRISPR stands for “clustered regularly interspaced short palindromic repeats.” These are short DNA sequences that read the same forward and backwards and are found dispersed throughout the genomes of many types of bacteria.

In the mid-2000s, scientists realized these sequences were a part of the bacterial immune system. Bacteria insert bits of invading viral genomes between the CRISPR sequences. If the bacteria is subsequently infected by the same virus, the previously inserted viral DNA is used to make RNA that recognizes and binds to the invading viral genome—triggering the protein Cas9 to cut up the viral DNA.

Researchers at Tel Aviv University (Tel Aviv, Israel) and MIT (Cambridge, MA) are working to develop CRISPR/Cas9 systems to target bacterially-encoded antibiotic resistance genes. Their approach involves encoding CRISPR sequences on either side of an antibiotic resistant gene, which may trigger the gene’s destruction.

The genes can potentially be delivered via viruses (called bacteriophages), which in turn can be engineered to target specific bacteria. This precision technology, eliminates the issue of accidentally wiping out “friendly” bacteria along with harmful bacteria—a problem seen with many current antibiotics.

While antibiotic resistance continues to grow, a several-pronged approach that includes a reduction in the unnecessary use of antibiotics, new initiatives to spur innovation in antibiotic development, and the development of more targeted diagnostics to guide their use are in order. Fortunately, the avenues to discover new antibiotics appear to be widening, giving hope for novel treatments in the near future.