The Infinitesimal Engines of Biologics 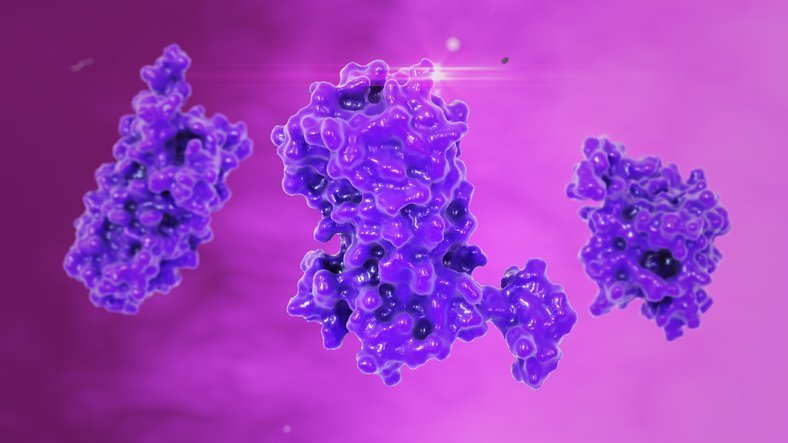 Last week, we examined cell lines—what they are, where they come from, and how companies use them in the discovery phase of drug development. This week, we turn to the critical role of cell lines in making those drugs.

Although all drugs restore or improve our health, the methods used to manufacture them vary greatly. Small molecule drugs are chemically synthesized; the production of biologics revolves around cells. Pharmaceutical scientists “program” cells to make proteins by transferring the genes that code for them into the cell line used for production.

Once Upon a Bacteria…

Way back in the days of disco and polyester, two California scientists discovered two phenomena that ushered in the age of biotech. Stanley Cohen of Stanford University (Palo Alto, CA) and Herbert Boyer of University of California, San Francisco found out that: 1) It’s possible to transfer genes for human proteins into bacterial cells and 2) the recipient bacteria can “read” the gene and translate it into the protein.

Cohen and Boyer realized that, essentially, human genes can serve as recipes for bacteria to make human proteins. Venture Capitalist Robert Swanson convinced Boyer that the technology was commercially viable. Together, they founded Genentech (South San Francisco, CA) in 1976. The company’s first product, human insulin, was manufactured in E. coli bacteria. The Food and Drug Administration approved this first ever biologic drug in 1982. Other human protein therapeutics produced in E. coli include human growth hormone, interferon, and parathyroid hormone. (Article continues below)

Amp up your biopharma intellect with these
live, online courses!
Learn the foundational science that forms the backbone of biopharma in our BioBasics 101: The Biology of Biotech for the Non-Scientist live, online two-day course. Explore the connection between the basic biology and industry applications including personalized medicine, comparative genomics, and companion diagnostics. Both courses are held each day from 9 am - 3:30 pm ET.
Register today!
BIOTECHNOLOGY FOR NON-SCIENTISTS COURSES

Hamsters and Ovaries and Bacteria—Oh My!

Biologics production in E. coli proved extremely successful. However, to grow, the biotech industry needed other cellular vessels. That’s because E. coli successfully produce only those human proteins with a relatively simple structure.

Drug scientists tried to make larger and more complex proteins with E. coli. However, they found that the resulting proteins lacked the correct structure and critical post-translational modifications—chemical and physical changes made to a protein by cellular enzymes after the protein is produced by the cell. Bacterial cells lack the enzymes required to make those changes.

Enter the humble Chinese hamster ovary (CHO) cell. These cells were already commonly used to produce human proteins for drug discovery research. Consequently, they made an obvious choice for biomanufacturing complicated proteins such as antibodies and enzymes. The first biologic drug produced in CHO cells was Activase (Genentech), which came on the market in 1987. Activase is an enzyme that dissolves blood clots. Today, CHO cells provide the platform for about 70% of biologic drugs.

Why use CHO cells and not a human cell line? Pharmaceutical companies actual prefer to employ non-human mammalian cell. That’s because viruses that infect hamsters are unlikely to infect human cells. Yet as mammalian cells, CHO cells are capable of producing complex human proteins. These cells can also grow in suspension. Because they don’t need to attach themselves to a solid surface such as the bottom of a tissue culture flask, it’s possible to grow thousands of liters of CHO cells in enormous vats.

On Beyond Hamster Cells

Like in any area of biopharma, innovation still occurs in cell line development, despite the workhorse CHO cell. Here’s just one of the more recent cell lines that may prove more efficient than CHO:

Dyadic International (Jupiter, FL) has bred the C1 cell line from the Myceliophthora thermophila fungus. These cells have been used to produce industrial enzymes since the 1990s. In fact, Dyadic started out producing enzymes for the stonewashed jeans that have gone in and out of fashion for decades.

In recent years, the company turned its attention to perfecting the cell line for biopharmaceuticals. In the words of CEO Mark Emalfarb, the company has gone “from jeans to genes.”

C1 cells are now able to correctly produce a wide range of human therapeutic proteins, including monoclonal antibodies, which have long been the exclusive domain of CHO cells.

This cell line potentially offers significant savings in time and money. The cells grow much more speedily than CHO, doubling in two hours versus twenty hours. Moreover, their growth media costs far less than that used for CHO cells. Emalfarb estimates a savings of five to 10 times that of what it takes to use CHO cells. Further, the amount of protein produced per liter of cells is much higher for C1 cells than for CHO cells, according to Dyadic’s website.

The company is working with the Zoonotic Anticipation and Preparedness Initiative (ZAPI), a European Union project, to facilitate fast and effective responses to new infectious diseases. The idea is that using C1 cells could expedite the production of proteins for drugs or vaccines. Just last week, Dyadic announced that the Israel Institute for Biological Research selected it to help develop treatments and vaccines for the current coronavirus, COVID-19.

Whether bacterial or hamster or fungal, the humble cell provides the foundation for manufacturing today’s groundbreaking new therapies. Over the next several years, expect to see new and improved cell lines making biologic production even faster and more cost-effective.