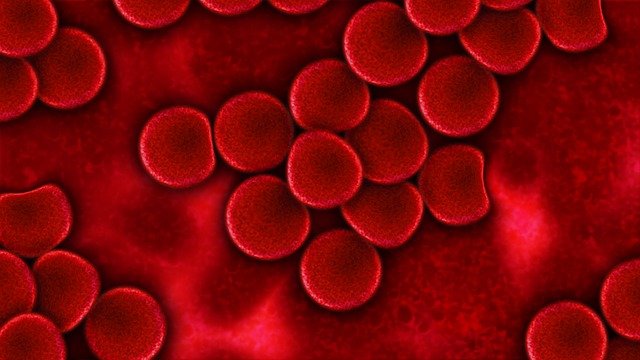 Every Breath You take

Did you know that we breathe in and out about 22,000 times every day? It takes that much effort to obtain the oxygen we need to function. Oxygen drives cellular respiration, the process by which cells transform food into the energy our bodies need to do everything. But what happens to our bodies when we don’t get enough oxygen over time?

That’s the question that this year’s winners of the Nobel Prize in Physiology or Medicine devoted much of their careers to answering. Last week, the Nobel Assembly at Karolinska Institute (Stockholm, Sweden) awarded the 2019 prize to William G. Kaelin (Harvard University; Cambridge, MA), Sir Peter Ratcliffe (Oxford University, Oxford, U.K.), and Gregg L. Semenza (Johns Hopkins University; Baltimore, MD) for discovering how cells sense and adapt to differences in the amount of available oxygen. This work increases our fundamental understanding of human physiology. In addition, it has important implications for the biotech industry. Currently, several different companies are applying this basic science in the quest for new ways to treat cancer and anemia.

Term of the Week: Hypoxia-Inducible Factor

The word hypoxia describes the state in which the tissues in our bodies don’t get enough oxygen. Think about why the intrepid souls who climb Mount Everest use supplemental air. Hypoxia can kill. Hypoxia often stems from illness: lung disease, anemia, or problems with circulation.

How do healthy bodies cope with low oxygen levels? The short answer: protein. A low-oxygen environment triggers our cells to make a protein called hypoxia-inducible factor (HIF). HIF is a transcription factor—a protein that binds to DNA in a defined location. It turns on specific genes, telling them to make the protein that they code for. HIF activates genes involved in two vital processes. The first is angiogenesis, the formation of blood vessels. The second is the production of hemoglobin, oxygen-carrying red blood cells. Both assist in delivering more oxygen to the places that need it.

Anemia is a decrease in the total amount of hemoglobin in our blood. Without enough healthy red cells, our bodies can’t get enough oxygen to our organs. A healthy person’s kidneys help correct this problem. When the number of red blood cells in circulation drops, the kidneys release erythropoietin. This hormone stimulates the bone marrow to ramp up red blood cell production. In chronic kidney disease (CKD), however, the body doesn’t produce sufficient erythropoietin. This causes anemia.

Our kidneys enable us to adapt to high altitude in a stepwise manner. Lower levels of oxygen stabilize the amount of HIF our cells make. In turn, this leads the kidneys to put out a consistently higher level of erythropoietin. That increases the hemoglobin our bone marrow makes, and hence boosts our blood’s ability to transport more oxygen to our cells.

When things are “normal,” our cells make small amounts of HIF. It gets quickly degraded by an enzyme called HIF prolyl-hydroxylases (HIF PHDs). Low-oxygen conditions inhibit the production of this enzyme, which allows HIF levels to rise.

HIF likely also contributes to angiogenesis in tumors. Tumors are typically dense and lack their own blood vessels, so most of them have low levels of oxygen. While oxygen-deprived tumors sound doomed, they tend not to remain that way long. The lack of oxygen causes cancer cells to produce HIF. This activates the secretion of vascular endothelial cell growth factor (VEGF). VEGF triggers angiogenesis. The resulting new blood vessels supply oxygen and nutrients allowing the tumor to thrive. Angiogenesis may also provide a route for individual tumor cells to migrate to other parts of the body.

You may have heard of “altitude training”—the practice of training at high altitudes in order to increase performance, especially in endurance events such as long distance running or cycling. Altitude training works because at elevations higher than about 5,000 feet there are fewer oxygen molecules per volume of air due to reduced atmospheric pressure. Every breath taken at higher elevations delivers less oxygen than it would at lower elevations, creating a slightly hypoxic environment inside the athlete’s cells. This hypoxia increases the levels of HIF, leading to more erythropoietin and subsequent red blood cell production. The enhanced oxygen-carrying capacity lasts for about ten to twenty days after returning to lower elevations, so an athlete who trains at a higher altitude and then competes at sea level will have an advantage over those who complete all of their training at sea level.