The Power Of Oncolytic Viruses 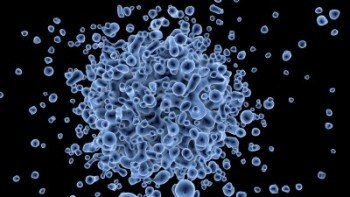 While this program has generated buzz around the hope for a cure, we were left to ponder: what exactly is the science behind the scenes? Let’s explore how oncolytic viruses battle cancer.

TERM OF THE WEEK: IMMUNOTHERAPY

Immunotherapy is a type of therapy that harnesses the power of a patient’s immune system to combat a disease.

An oncolytic virus is a virus that infects cancer cells and multiplies inside of them, potentially rupturing and killing the individual cancer cells.

Oncolytic viruses are created in the lab by genetically modifying existing viruses in at least two ways:

Additional modifications can be made to further equip an oncolytic virus, such as adding an immune stimulating gene to produce a granulocyte-macrophage colony-stimulating factor (GMCSF). GMCSF works to activate the patient’s own immune system and target the tumor.

Oncolytic viruses have yet to be approved by the FDA, but several are in clinical trials. Imanis Life Sciences’ (Rochester, MN) MV-NIS is an oncolytic measles virus in Phase I/II. DNAtrix’s (Houston, TX) DNX-2401 is an oncolytic adenovirus that just completed Phase I trials. Both were featured in the Vice episode.

The closest to market entry is Amgen’s (Thousand Oaks, CA) Talimogene laherparepvec (T-Vec), a modified herpes simplex 1 virus. T-Vec is engineered to target melanoma and express GMCSF to fight cancer cells (and not cause cold sores). With Phase III complete, an FDA decision is expected in the near future. Amgen is also aiming to expand the T-Vec market with an EMA submission in process.

Scientists are engineering T-cells to recognize a specific tumor antigen, as seen in the case of young leukemia survivor Emily Whitehead.

The human immunodeficiency virus is engineered using the following process:

CAR-T therapy originated from research done by Dr. Carl June at the University of Pennsylvania (Philadelphia, PA), and was subsequently licensed and developed by Novartis. No CAR-T therapy has been approved by the FDA, but Novartis’ CTL019—used on Emily Whitehead—is in Phase II. The CAR-T market is swelling with other players such as Amgen, Kite (Santa Monica, California), Juno (Seattle, WA), Celgene (Summit, NJ) and Cellectis (Paris, France).

If engineered T-cells continue to live up to the hype, we can look forward to what some have termed a “living drug”—cancer fighting cells that will persist and multiply in a patient’s body until the tumor is destroyed.

While the idea of using viruses as a vector to fight cancer are gathering steam in the mainstream press, the technology has been around for over 100 years.

In 1904, a paper published in American Journal of Medical Science described the spontaneous regression of cervical cancer following a rabies vaccination. A few years later, this observation was followed by an account of the remission of lymphomas after measles virus infection.

The recent ability to engineer viruses to remove genes that create illness combined with the addition of specific tumor targeting genes make this century old speculation a likely reality.