The Science Behind Opioid Addiction 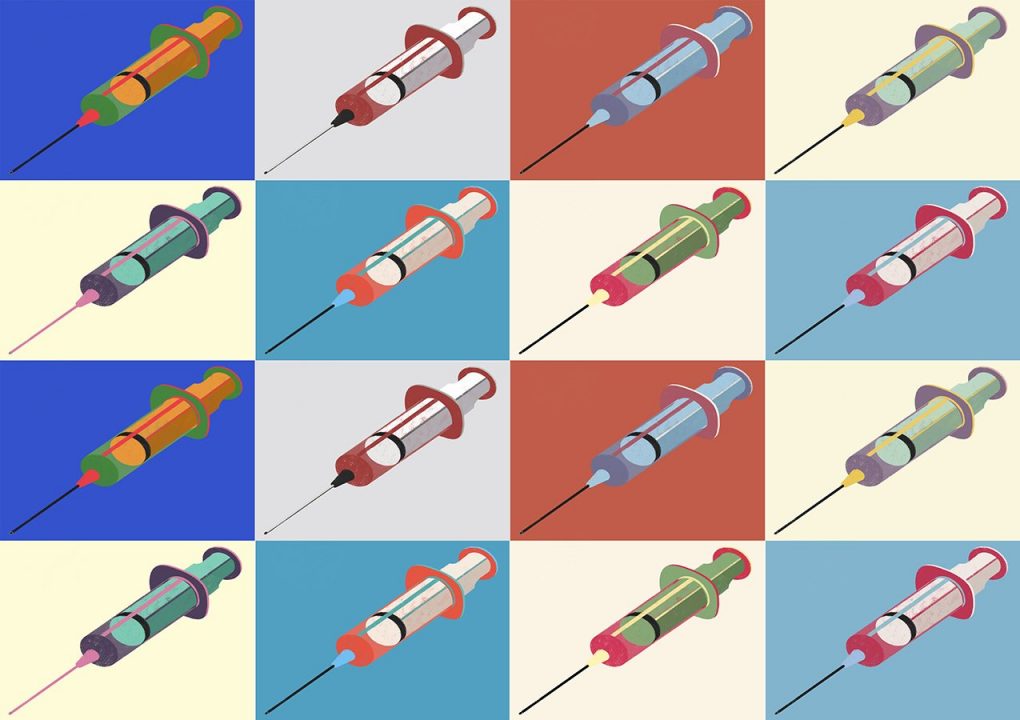 THE SCIENCE BEHIND OPIOIDS

Concerns over the opioid epidemic continue to grow, with deaths from narcotic overdoses the leading cause of death in people under 50 last year. Nearly half of those deaths were attributable to prescription opioids. The directors of both the Center for Disease Control (Atlanta, GA) and the Food and Drug Administration (Silver Spring, MD) have called for urgent action on the crisis, and President Trump declared the opioid epidemic a public health emergency.

This stark reality highlights the dark side of a class of treatments serving a vital need. Opioid pain medications manage the severe short-term or chronic pain of millions of Americans. While these medications mitigate needless suffering, the US government, healthcare industry, and medical community are joining forces to battle against opioid abuse and addiction.

Here at the WEEKLY, we always wonder: What is the science behind the headlines? So, let’s talk about how pain medications work, the different types on the market, and the approaches to developing less addictive versions of opioid drugs.

There are two main categories of pain medications, opioids and non-steroidal anti-inflammatory drugs (NSAIDs). Although these two categories of drugs work differently, they do share one thing in common: both are derivatives of natural products. NSAID commonly known as Aspirin was developed by Bayer (Leverkusen, Germany). It is a synthetic version of an extract from willow tree bark. Opioids are synthetic versions of opium and morphine, which come from poppy flowers.

Aspirin works by stopping an enzyme called cyclooxyrgenase 1 (COX-1). Once stopped, COX-1 can no longer produce prostaglandins and thromboxanes. Prostaglandins and thromboxanes are produced in response to injury or infection and cause inflammation, which is associated with symptoms of fever, swelling, and pain. Other NSAIDs, such as ibuprofen and naproxen, also work by inhibiting COX-1 or its sister enzyme COX-2.

Opioid pain medications, such as Purdue Pharma’s (Stamford, CT) Oxycontin and Endo Pharmaceuticals’ (Malvern, PA) Percocet, work by binding to mu receptor proteins on the surface of cells in the central nervous system (CNS) —think brain and spinal cord. While the CNS is tasked with relaying pain signals, opioids decrease the excitability of nerve cells delivering the message, resulting in pain relief—along with a feeling of euphoria in some users.

Short term medical used of opioid painkillers rarely leads to addiction when properly managed. Due to the euphoria-inducing effects of the drugs, long term regular use, or use in the absence of pain, may lead to physical dependence and addiction. And because regular use increases drug tolerance, higher doses are required to achieve the same effect, leading abusers to consume pain pills in unsafe ways such as crushing and snorting or injecting the pills. According to the Centers for Disease Control, 91 Americans die every day due to opioid overdose, which includes prescription opioids and heroin. At the same time, chronic pain is also a serious problem, affecting approximately 100 million U.S. adults, while millions of others suffer acute pain due to injury or surgery. The medical need for these drugs is very real despite the dark side.

The answer to developing less addictive drugs may be found in a drug that blocks pain without inducing euphoria. These new drugs will need a different mechanism of action than traditional opioid drugs, which bind to the mu receptors of cells inside the CNS. Cara Therapeutics (Shelton, CT) is developing drugs that bind to a different type of opioid receptor, the kappa opioid receptor. These receptors are present on sensory nerves outside of the CNS. Preclinical studies suggest that targeting these receptors could be effective at reducing pain without driving addictive behaviors. Their lead candidate, CR845, is currently in Phase III clinical testing for post-operative pain and pruritus (severe itching), and in Phase II clinical testing for chronic pain. Cara Therapeutics is also developing compounds that selectively activate cannabinoid (CB) receptors outside of the CNS. It’s interesting to note that CB receptors inside the CNS are linked to marijuana’s psychoactive qualities. Cara’s lead CB receptor activator, CR701, is in preclinical development.

Hydra Biosciences (Cambridge, MA) is developing small molecule drugs that inhibit ion channels, proteins on the surface of nerve cells that help transmit pain signals. This plays a critical role in sending the pain signal to the brain, yet because it works on nerves outside of the brain, it has less of a potential for addiction. Hydra is currently in Phase II clinical studies of HX-100 for the treatment of painful diabetic neuropathy.

Centrexion Therapeutics (Baltimore, MD) lead candidate is a derivative of capsaicin, a naturally-occurring compound found in chili peppers. Capsaicin has pain relieving properties and is used as a natural remedy. Centrexion’s lead candidate, CNTX-4975, is a highly potent, synthetic form of capsaicin designed to be administered via injection into the site of pain. CNTX-4975 targets the capsaicin receptor, an ion channel protein on the surface of nerve cells. When CNTX-4975 binds the capsaicin receptor, the influx of calcium ions results in desensitization of the nerves, making them unresponsive to other pain signals. This effect can last for months, and only affects nerves near the site of injection. Centrexion recently announced positive Phase IIB results for CNTX-4975 in a study testing its effectiveness against pain in knee osteoarthritis. The drug is also in Phase II clinical studies for Morton’s neuroma, a sharp pain in the foot and toe caused by a thickening of the tissue around one of the nerves leading to the toes.

Earlier this year, Nektar Therapeutics (San Francisco, CA) announced positive Phase III results of their addiction-resistant opioid, NKTR-181. Like traditional opioids, NKTR-181 works by entering the brain and activating mu-opioid receptors. However, the molecule is designed to enter the brain much slower than other mu-receptor activators, reducing the feelings of euphoria while offering pain relief.

Researchers at Tulane University (New Orleans, LA) have developed a compound that is derived from the endogenous opioid, endomorphin. Endogenous opioids are chemicals produced naturally by the body that bind to and activate the mu-opioid receptors, resulting in pain relief and mild euphoria without the detrimental side effects associated with opioid drugs such depressed respiration, motor impairment, and addiction. Scientist have tried before to develop safer pain medications based on endogenous opioids, but have not been successful due to the molecule’s instability. The Tulane team created a stable derivative of endomorphin that binds to the mu receptor in such a way that pain relief occurs, but not the negative side effects listed above. Clinical testing is expected to begin within a few years.

ANTIDOTE TO AN OVERDOSE

Overdosing can be fatal since respiratory failure occurs at high opioid concentrations. If an overdose is suspected, the individual should be treated as quickly as possible with naloxone—a “competitive antagonist” of the mu-opioid receptor. Simply put, a competitive antagonist binds the receptor without activating it. Since naloxone doesn’t activate the receptor, it doesn’t have any pain relieving or euphoria inducing qualities; rather, it prevents the opioid drugs from binding. It may also displace opioids that have already bound the mu receptor, aiding in the stoppage of an overdose.

Some folks love to run; others avoid it at all costs. This might be explained by inherent differences in sensitivity to the natural opioids called endorphins that are released during exercise. Not everyone experiences the “runner’s high”— feelings of calm and mild euphoria – in much the same way that not everyone experiences euphoric feelings from pain medications. These differences may help to explain why some people enjoy exercise and others don’t, and why some people get addicted to opioids—while others can take them or leave them.

With several of the opioid alternatives outlined here already showing success in clinical studies, there is hope on the horizon for patients who suffer from chronic pain but want to avoid the risk of addiction. Next week, we’ll explore the use of medical devices in pain management.