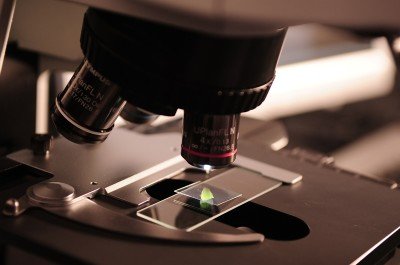 Half of the 2015 Nobel Prize in Medicine went to Satoshi Omura and William C. Campbell for their work leading to the discovery of the drug avermectin, used in the treatment of parasitic diseases. The other half went to Youyou Tu for her efforts in uncovering the ground-breaking malaria treatment artemisinin.

Avermectin and artemisinin were developed from natural products—a time-honored and relevant source for medicine. As our ability to isolate, screen, and modify chemical compounds from plants, fungi, and microbes has increased, so too has our ability to identify novel compounds for potential use in medicine.

In this WEEKLY, we will understand the infections and treatments involved in this year’s Nobel prize, and discuss natural products chemistry and its relation to drug discovery.

In the late 1970s, Satoshi Omura isolated new strains of the soil bacterium Streptomyces. Because of Omura’s ability to develop unique methods for culturing bacterial strains in the lab, he was able to identify 50 promising new cultures. These cultures were subsequently acquired by William C. Campbell, who screened them and isolated a compound with remarkable efficacy against parasites (in both animals and humans). Avermectin treats river blindness and lymphatic filariasis—both caused by parasitic worms.

The worm that causes river blindness spreads via the bites of the blackfly (simulium species), which lives near fast-running rivers in tropical regions. Depending on where the larvae take root, symptoms of the disease range from skin problems to blindness. The blackfly is found mostly in sub-Saharan Africa.

The worm that causes lymphatic filariasis spreads through mosquito bites, and it is more common in the subtropical regions of Africa, Asia, Central and South America, and Pacific Island nations. The most noticeable symptom of infection is elephantitis—a significant swelling of the arms, legs, or genitals. This is caused by fluid collection due to the parasite lodging in the lymphatic system, which would normally flush out excess fluids.

Avermectin works to treat both infections by wiping out the worms—it interferes with their nervous system and muscular function, resulting in the death of the parasites.

Youyou Tu began with a large-scale screen of traditional herbal medicines in malaria-infected animals, leading her to the plant artemisia annua. She extracted the active component, known as artemisinin.

Malaria is caused by infection with a single-celled protozoan—the type of organism you might remember looking at in a drop of pond water underneath the microscope in high school biology class. Transmitted by mosquitoes, the parasite multiplies in the victim’s liver, and then goes on to infect red blood cells. When treated promptly, patients usually make a complete recovery. Severe malaria, however, can progress very rapidly and cause death within hours or days. Malaria is mostly found in tropical and sub-tropical regions.

The exact mechanism of action for artemisinin is not fully understood—it may form chemical breakdown products that directly damage the malaria protozoan.

On The Market & In Development

Since the dawn of man, various medicines have been derived from natural products—a few successful and many utter failures. Companies continue the tradition of using the natural world as a source of potential new drugs, but with today’s technology they do so with a little more specificity.

PharmaMar (Madrid, Spain) specializes in identifying anti-tumor activity in compounds isolated from marine organisms. The company’s first approved product, Yondelis, was originally isolated from a marine invertebrate and now is chemically synthesized. Yondelis is approved to treat soft tissue sarcoma and ovarian cancer and does so by interfering with cell division. PharmaMar has a number of other marine-discovered compounds in clinical development for a range of different cancers.

NovoBiotech (Cambridge, MA) has developed a proprietary cell culture method that gives previously impossible-to-grow microbes, the ability to flourish in laboratory settings—think expanded screening opportunities. This opens the door to a whole new world of potential discoveries upon which NovoBiotech can capitalize. Currently, they have compounds in preclinical development for cancer and infectious disease.

Another company of note in the natural products arena is Warp Drive Bio (Cambridge, MA). Warp Drive combines the centuries-old idea of turning to nature for medicine with twenty-first-century technology: rapid, whole-genome sequencing of microbes. The idea is to mine the genomes of microbes for gene sequences associated with natural products of medicinal value. These genes or gene clusters can be directly expressed and their products analyzed for medicinal value.

The most famous—and ancient—example of a natural product used as a drug is the practice of treating pain and fever with willow tree bark. Ancient Sumerian stone tablets, dating 2000 B.C., referenced willow bark preparations as medicinal. The father of western medicine, Hippocrates, recommended willow bark to ease pain and reduce fever. By the mid-1800s, chemists had isolated the active ingredient responsible for the pain relief: salicylic acid. This ingredient alone, however, proved to be too irritating to patient’s stomachs to enjoy widespread use. Chemists at a small German dye company, Friedrich Bayer & Company (now Bayer), developed the less irritating derivative, acetylsalicylic acid, which launched as aspirin in 1899.