The State Of Cystic Fibrosis And Precision Medicine 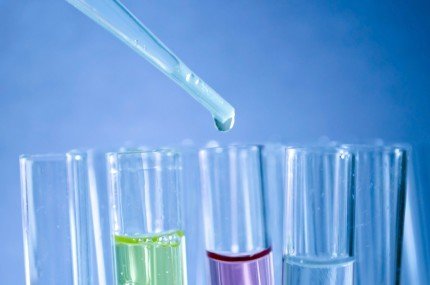 During President Obama’s State of the Union address last month, a cystic fibrosis patient named Bill Elder sat beside First Lady Michelle Obama. Diagnosed with the disease at 8 years old, Mr. Elder is “healthier now than ever before” at age 27, thanks to Vertex’s (Boston, MA) Kalydeco. As a third-year medical student, he is not only surviving, but thriving. Receiving an invitation to be the guest of honor at the presidential speech of the year is the exclamation mark to an extraordinary story.

Mr. Elder is an example of the success of modern medicine. His cystic fibrosis (CF) treatment derives from an understanding of the underlying molecular causes of the disease. This approach, referred to by the President as precision medicine, is the focus of new federal investments to speed the development of targeted therapeutics—drugs designed for a subset of patients with a specific genetic defect rather than for the “average” patient.

In this WEEKLY we’ll take a closer look at precision medicine as it applies to cystic fibrosis.

Personalized medicine implies the development of medicines for an individual, based on their unique genetic, metabolic, microbiomic and other “signatures”. Think of a breast cancer patient getting a genetic test for the BRCA gene to determine their specific genetic mutation and subsequent personalized course of treatment—not just a therapy for all BRCA-induced cancers. As large scale, full-genome sequencing becomes more efficient and common, we may start to see truly personalized medicines.

But for now, a better term is “stratified”or precision medicine—dividing patient groups into specific populations and designing new drugs for those subtypes.

What is Cystic Fibrosis?

Cystic fibrosis is a genetic disease caused by one of several possible mutations in the gene encoding the “cystic fibrosis transmembrane conductance regulator” (CTFR) protein. The CTFR protein is critical for the production of sweat, digestive fluids and mucus. It affects around 70,000 people globally and is prevalent in America, Europe and Australia.

The CTFR protein is classified as a channel protein—a category of proteins that create a channel, or tunnel, across the cell membrane. This specialized gateway allows things to pass through the cell that will otherwise be denied entry or exit.

Negatively charged chloride ions use CTFR to exit cells, and if CTFR is not functioning correctly, the chloride ions build up inside of cells. The build-up affects the fluid balance of tissue, which results in characteristically thick mucus seen in the lungs of CF patients. This thick mucus makes CF patients vulnerable to potentially fatal lung infections.

CF is an autosomal recessive disorder, meaning if an individual has one functioning copy of the CTFR gene, they are termed “carriers” and will not develop the disease. Two copies of the malfunctioning CTFR gene, one from each parent, will equal a diagnosis. And while CF is always caused by a mutation, many possible mutation combinations have been associated with the disease–up to 1500 mutations, maybe more, are possible.

Precision medicine plays the hero by identifying the exact effect these underlying mutations have on CTFR, and designing treatments to overcome the disease.

Cystic Fibrosis is symptomatically managed by reducing the risks of lung infections and implementing lifestyle changes to prevent such infections. Antibiotics are taken at the slightest sign of sickness, or even prophylactically, and other medications work to thin mucus. As the disease progresses, a double lung transplant may be the only, albeit elusive, treatment.

That dire medical outlook changed for a subset of CF patients in 2012, when Vertex won FDA approval for its small molecule drug Kalydeco. Kalydeco works by binding to the misfolded CTFR channel protein and increasing its ability to remain open and functional on cellular surfaces. Kalydeco is indicated for fewer than 10% of CF patients; Mr. Elder is one of the lucky ones who responds to Kalydeco.

With the success of Kalydeco under their belt, Vertex is after a bigger share of the CF market with another small molecule drug called Lumacaftor.

Currently in Phase III trials stateside, Lumacaftor is paired with Kalydeco, and to target the most common CF mutation responsible for ~70% of the diagnosed CF cases in US caucasians. In these patients, the channel protein is so damaged it never makes it to the cell surface. Lumacaftor corrects some of the misfolds, improving CTFR’s ability to travel to the cell surface.