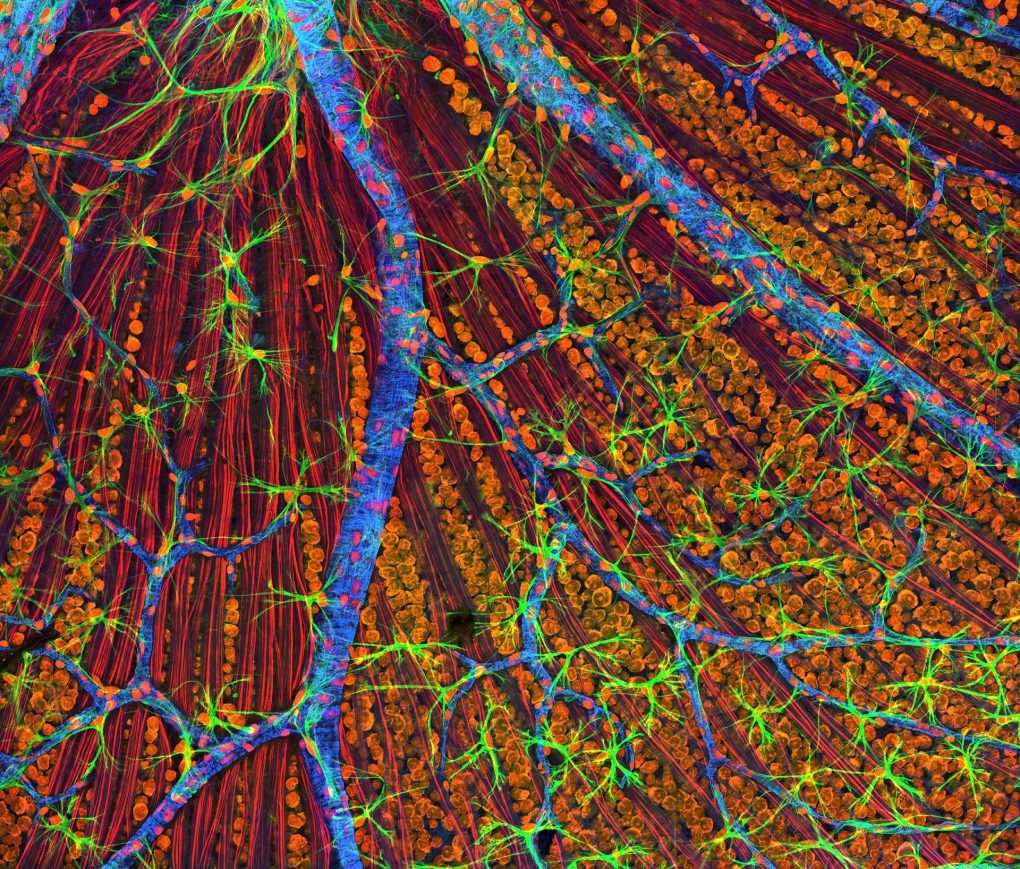 A Pathway Lies In The Bridge Between Cells

As any high school biology teacher will happily remind us, cells are the basic building blocks of all living things: you, the office ficus tree, the yeast that bubbles your beer. In animals, cells join to form tissues and organs such as hearts, lungs, and livers.

So, yes, cells are important. Did you ever think about what’s between those trillions of cells though? Yup, there’s stuff there too—a sort of biological dark matter, called cell junctions. These “intercellular bridges” consist of multiprotein complexes that anchor cells together. In some cases, they enable cells to communicate. This WEEKLY takes a closer look at one type, tight junctions, some associated diseases, and related therapeutics currently in clinical testing.

The Bit of You You’ve Never Heard of…

Where in our bodies are these bits that most of us know nothing about? They’re found in epithelial cells, which line the cavities and surfaces of blood vessels and organs. More to our point, what do they do? They hold cells together, for one thing. But tight junctions also form a barrier that blocks various molecules from getting into the tissues between cells. Anything that goes into a tissue must enter its actual cells rather than going around them, enabling tighter control over what gets in and out of the tissue.

One important example of how tight junctions control the flow of materials into and out of tissues is the blood-brain barrier (BBB). This neurological blockade is comprised of the tight junctions between cells lining the capillaries around the brain. Although the BBB makes delivering medicines to the brain challenging, its function is vital because it keeps most harmful substances out of the brain.

Tight junctions themselves are composed of proteins from two neighboring cells. They pass through the cell membrane and interact with each other outside the cells, connecting them. 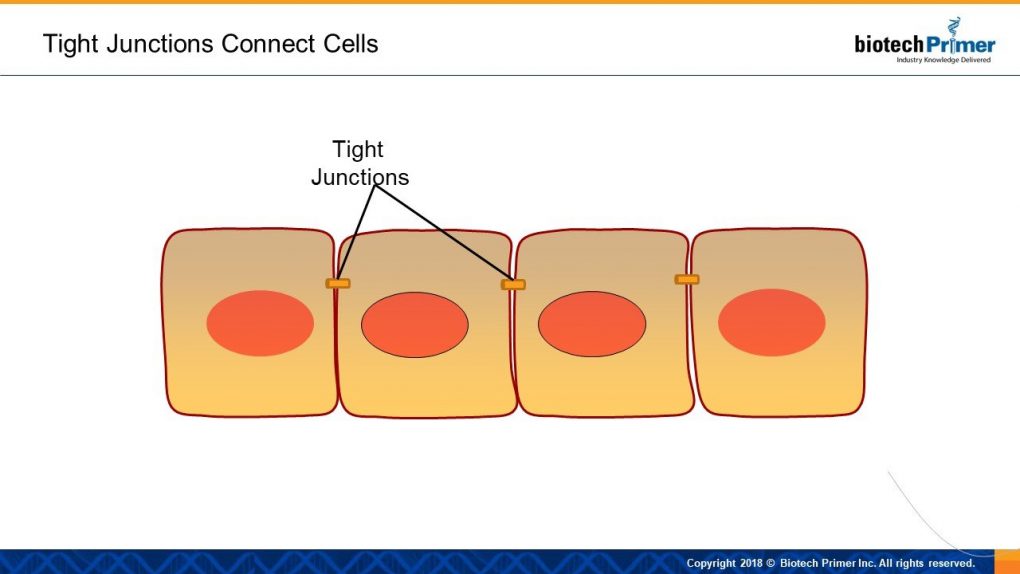 Closing The Gap In Celiac Disease

Researchers are learning to use knowledge of tight junctions to create new treatments. For example, in people with celiac disease, consuming the wheat protein gluten upsets how tight junctions protect the intestinal epithelium. The malfunction occurs when gluten binds to a receptor protein on intestinal epithelial cells. This connection initiates a signaling pathway that ends up disassembling intestinal tight junctions. This, in turn, makes the patient’s intestines more porous, leading to significant inflammation, which ends up causing serious damage.

Innovate Biopharmaceuticals (Raleigh, NC) is developing a peptide (a short sequence of amino acids) drug that appears to “re-close” tight junctions in celiac patients. The new drug, INN-202, does this by inhibiting the signaling pathways kicked off by the binding of certain gluten components. The drug is in Phase III clinical trials.

Tight junction dysfunction may also play a role in Crohn’s disease and nonalcoholic steatohepatitis (NASH); Innovate is preparing to enter Phase I clinical testing of drugs for both diseases. (Article continues below ad)

Do you struggle to understand the basic science that your employer or clients are developing? Our 2-day BioBasics: Biotech for the Non-Scientist course in May will give you the science knowledge to hold your own in biopharma.
Register today!
September 26-27 in Emeryville, CA
October 21-22, in San Diego, CA
Can’t make the face-to-face course? Check out our Biology of Biotech online course
Biology of Biotech Online Learning

One key component of tight junctions is a family of proteins called claudins. Astellas (Tokyo, Japan) is developing a monoclonal antibody therapeutic, IMAB362, for a subtype that only appears in mature stomach cells. However, this particular protein, claudin 18.2, is overexpressed in 80 percent of gastrointestinal cancers and 60 percent of pancreatic cancers. In these cancers, tumor growth disrupts tight junctions.

Because claudin 18.2 is so specific to gastrointestinal cells, it makes a good drug target. The new mAb shouldn’t affect other parts of the body, reducing potential side effects. IMAB362 is in Phase III clinical studies for gastroesophageal cancer and Phase II studies for pancreatic cancer.

IMAB362 is intended only for cancer patients who overexpress claudin 18.2. To make sure only people with the “right” cancer receive the new mAb, Astellas has created Claudetect 18.2 as a companion diagnostic. This test determines expression levels of claudin 18.2 to determine who is most likely to respond to treatment. Claudetect 18.2 is currently being used to identify patients for clinical trials.

We so often think about what our tissues need. However, a closer look at tight junctions reminds us that sometimes, what cells and tissues keep out can be just as important as what goes in.