This Virus Wears A Crown 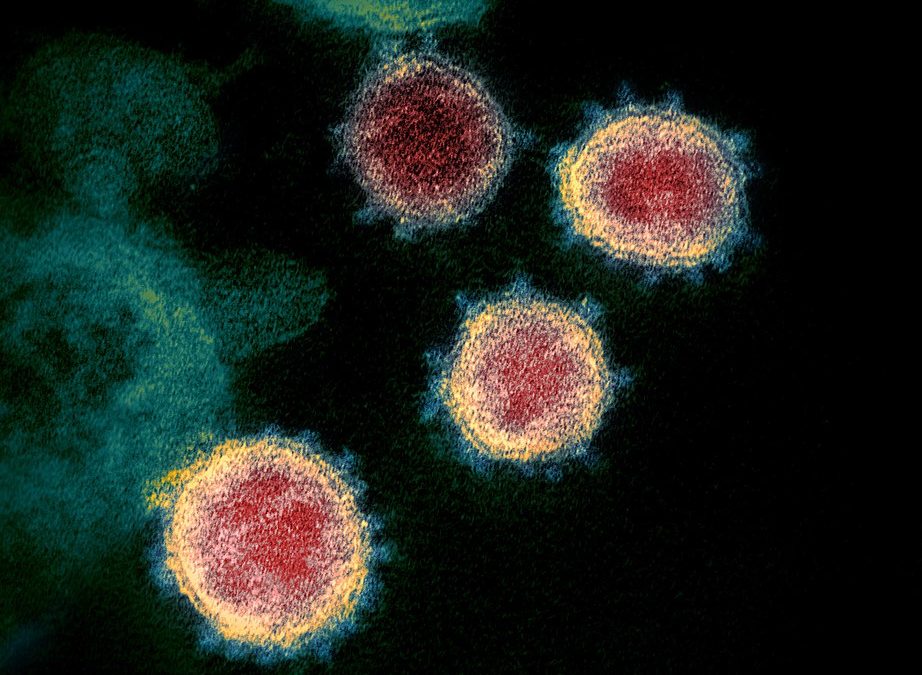 This will come as news to none of you, but in the very off chance you’ve been on a media diet, now hear this: the latest iteration of the coronavirus is not, in fact, associated in any way with the Mexican beer best known for its affinity to limes and salt.

The new coronavirus SARS-CoV-2 is queen of the headlines these days, outshining politics and the economy. That’s apt, because corona means crown in Latin. The virus is named for the spikes that jut out from the main virus particle.

The pathogen causes the potentially deadly respiratory infection COVID-19. This WEEKLY reviews what we know so far about SARS-CoV-2.

Like people, viruses come in families. Take rhinoviruses for example. This pesky pathogen, which causes the common cold, comes in around 160 varieties.

Coronaviruses are a family of viruses that infects birds and mammals. In humans, they typically trigger mild colds. Many people infected with the latest variety, SARS-CoV-2, also exhibit mild cold symptoms. In some, however, the virus causes severe pneumonia. The SARS-CoV-2 virus can infect cells in the lower respiratory tract. In contrast, coronaviruses that cause less severe forms of the disease remain in the upper respiratory tract. COVID-19 is more likely to be severe in the elderly or people with otherwise vulnerable immune systems, such as diabetics and cancer patients. The US Centers for Disease Control and Protection (CDC) and the World Health Organization (WHO) also deem health care workers at increased risk because of their jobs.

As infectious microbes go, SARS-CoV-2 spreads relatively easily. This characteristic makes it especially concerning to public health experts. A pathogen’s “transmissibility” is indicated by its “RO” number. This value indicates how many others an infected person will likely contaminate.

Yes, They Can Measure That

Here’s how the measure works: if a virus has a RO number of two, each infected person will likely infect two more people. SARS-CoV-2’s RO number is currently estimated at two. The measles virus, which is extremely contagious, has an RO number between 12 and 18. A typical seasonal influenza virus has an RO of just over one.

Measles spreads so easily because it can be transmitted by airborne particles. Tiny bits of measles virus linger in the air for up to two hours after an infected person sneezes or coughs. These particles may then be inhaled by another person in the same airspace.

SARS-CoV-2 doesn’t appear to spread through airborne transmission. Instead, it ends up in larger, wetter droplets too big to float. The virus is transmitted when someone touches a surface on which it landed. When that someone rubs their eyes or nose or mouth, the virus gets into his or her mucus membranes. From there, SARS-CoV-2 can enter the respiratory tract. The takeaway: keep washing those hands or use at least 60%-alcohol-based hand sanitizer. And, do your best to avoid touching your face. It’s the single best prevention strategy we have. (Article continues below)

Amp up your biopharma intellect with these
live, online courses!
Learn the foundational science that forms the backbone of biopharma in our BioBasics 101: The Biology of Biotech for the Non-Scientist live, online two-day course. Explore the connection between the basic biology and industry applications including personalized medicine, comparative genomics, and companion diagnostics. Both courses are held each day from 9 am - 3:30 pm ET.
Register today!
BIOTECHNOLOGY FOR NON-SCIENTISTS COURSES

An interesting pattern has emerged in recent data from the Chinese Center for Disease Control and Prevention (Beijing, China). Men seem to be more seriously affected by COVID-19 than are women. The fatality rate for men is 2.8 percent versus 1.7 percent for women. It’s too soon to say if this difference will hold true over time; it does however mirror the gender-specific death rates observed in the 2003 Hong Kong SARS outbreak (caused by the closely related SARS-CoV virus).

The explanation for this disparity may be simple. Men smoke more than women. Smokers fall prey to serious respiratory infections more so than non-smokers because of pre-existing lung damage. Another possible reason centers on how the virus infects the lung cells. SARS-CoV and SARS-CoV-2 both enter cells by binding to the receptor protein ACE-2. The gene that codes for this protein sits on the X chromosome. Thus women have two copies; men only have one. It’s possible that one version of the ACE-2 gene may be particularly hospitable to the new coronavirus. If a man possesses this hospitable variant, he may carry a higher viral load than a woman with an additional less welcoming variant.

The major advances in DNA sequencing technology over the past few decades have helped mount a quick global response to SARS-CoV-2. The complete viral genome sequence was published on January 24. This enabled researchers to classify the pathogen as a coronavirus and develop diagnostic tests based on detecting the viral genome in swabs from a patient’s respiratory tract. These tests are called RT-PCR tests. The kits from the WHO and the CDC use RT-PCR detection of SARS-CoV-2 genome.

In addition, Sherlock Biosciences (Cambridge, MA) and Mammoth Biosciences (South San Francisco, CA) are busy developing new and improved diagnostics based on CRISPR. The mechanics of these tests are explained here. The big advantage of these CRISPR-based tests is that they will be simple, paper-strip based tests, similar to a home pregancy test. This means they will be much easier to administer, with results available in as little as thirty minutes. The RT-PCR-based tests take several hours to get a result, and performing the test requires specialized equipment, which explains some of the current delays in testing.

For now, there are no treatments proven to work against SARS-CoV-2. However, Gilead Science’s (Foster City, CA)  Remdesivir shows promise. The FDA hasn’t approved the drug for any indication, but it’s been in development as a broad-spectrum anti-viral. Remdesivir inhibits viral replication and shows activity against the related coronaviruses MERS and SARS in animal models. Currently, the company is testing the anti-viral in Phase 3 clinical studies in adults with COVID-19. Two drugs approved for rheumatoid arthritis, Actemra (Roche; Basel, Switzerland) and Kevzara (Sanofi; Paris, France) are also being tested as possible treatments. These drugs will not directly attack the virus, but rather reduce the extensive inflammation present in severe infections, reducing symptoms.

News about the rapid spread of this newly-identified virus is concerning. It’s important to take necessary precautions to protect those most vulnerable to infections. However, in most people it looks like SARS-CoV-2 isn’t a severe illness. The WEEKLY will continue to carefully follow the development of new treatments and vaccines as they progress.