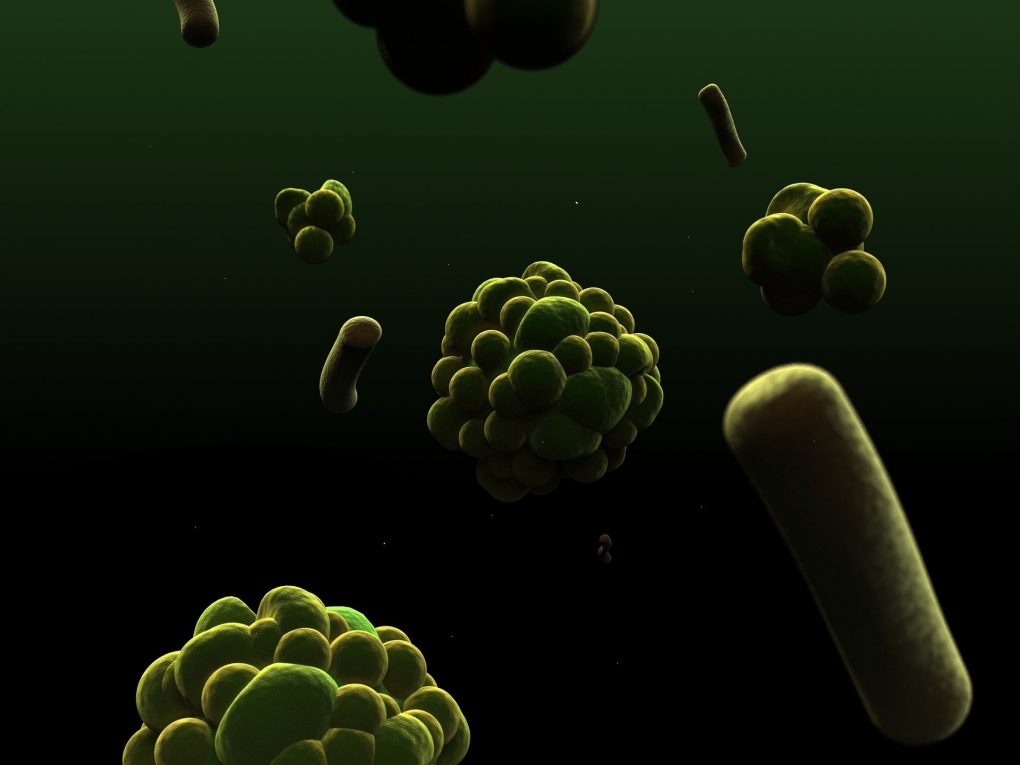 Proteasomes to the Rescue

Many drugs work by stopping overactive proteins that cause disease. The leukemia drug Gleevec, for example, is a small-molecule inhibitor (antagonist) of the protein Bcr-Abl, whose overactivity promotes excessive cell division. Humira treats a range of autoimmune diseases by stopping TNF-alpha, a protein that activates inflammation.

Such antagonists can be powerful. However, it’s not always possible to develop a strong inhibitor of a disease-associated protein. And when scientists do develop them, resistance often emerges, rendering a drug ineffective.

What if, instead of merely inhibiting a protein, we could totally get rid of it? It turns out that our cells already have that ability. In this Biotech Primer WEEKLY, we look at a new class of drugs scientists are developing to take advantage of our bodies’ microscopic sanitation departments.

If allowed to accumulate, proteins can interfere with normal cell function. Therefore, all cells contain proteasomes, compartments that break apart unneeded or damaged proteins. Proteasomal degradation also provides a way to recycle the amino acid building blocks of proteins. Once a protein is broken down, a cell can use the leftover amino acid “bits” to rebuild new proteins.

Proteins are targeted for degradation through the action of E3 ligase. This enzyme attaches another protein, ubiquitin, to the targeted protein. Ubiquitin then guides the target into a proteasome, where it’s broken down. If scientists figure out how to “tag” disease-associated proteins with ubiquitin, they can activate our cellular garbage disposal to fight illness. Several companies are working on clever ways to do just that.

With PROTAC, one end binds to the target, the other to E3 ligase. This interaction transfers ubiquitin to the target protein for eventual disposal. PROTAC doesn’t necessarily have to recognize a specific part of the target, such as the active site of an enzyme. That allows researchers to focus on a wider range of proteins than possible with existing technologies, such as small molecule inhibitors, which must fit precisely in an enzyme’s active site to work. The company has two PROTAC-based drugs in Phase I clinical studies. ARV-110 targets an androgen receptor for the treatment of prostate cancer, while ARV-147 targets the estrogen receptor for the treatments of estrogen-receptor positive breast cancer.

C4 Therapeutics (Cambridge, MA) is developing a similar small molecule platform that connects disease-associated proteins with cellular ubiquitination enzymes. Dubbed “degrader molecules,” they are still in preclinical development. They have already attracted the attention of several high-profile partners: Google-backed Calico (San Francisco, CA), with whom C4 is working together to treat diseases of aging; Roche (Basel, Switzerland), to develop new cancer treatments; and Biogen (Cambridge,MA), to develop new treatments for neurological disorders such as Alzheimer’s disease and Parkinson’s disease.

It’s clear that many drug developers place great faith in tapping proteasome power to advance human health. In what could seem completely contradictory, other companies are taking the opposite approach: squelching the proteasome.

The process of apoptosis, or programmed cell death, occurs naturally in cells as a protective mechanism. For example, cells that sustain large amounts of damage to DNA activate apoptosis to prevent them from seeding a tumor.

Many pharmaceutical companies are trying to co-opt apoptosis to treat cancer. One way to induce the process is to inhibit the action of proteasomes. The resulting buildup of damaged proteins signals the cell that something is seriously amiss, setting off cell death.

The FDA has approved Velcade, marketed by Millennium Pharmaceuticals (Cambridge, MA), to treat multiple myeloma. Krypolis, developed by Onyx (South San Francisco), is another proteasome inhibitor approved as a second-line treatment for multiple myeloma. Both are small molecule drugs.

A better understanding of how our cells process unwanted proteins has opened up an entirely new approach to treating diseases. Manipulating the world’s tiniest garbage disposals may hold the key to healing otherwise untreatable conditions.