Sarepta’s (Cambridge, MA) Duchenne muscular dystrophy drug Exondys 51 crossed the finish line earlier this week, with a conditional stamp of approval by the FDA. This hotly debated regulatory result offers new hope for patients and families whose previous treatment options only managed the descent of the disease.

Affecting one in approximately 3,500 newborn baby boys worldwide, Duchenne muscular dystrophy (DMD) is caused by a mutation in the gene that codes for dystrophin, resulting in a lack of the protein. DMD is characterized by damaged muscle cells, progressive muscular weakness, and serious medical problems, including significant impairment of the heart and lungs. Typical life expectancy for a child with DMD is 25 years.

Today’s WEEKLY is a primer on DMD and the science driving Exondys 51.

DMD patients produce no functional dystrophin protein—a protein so important that its loss is fatal.

In muscle cells, including cardiac muscle, dystrophin is part of a complex that works together to strengthen and protect muscle fibers from injury during contraction and relaxation cycles. Dystrophin’s job is to connect the proteins that make up the muscle cell structural framework (the cytoskeleton) with the network of proteins that surround each cell (the extracellular matrix). For this reason, dystrophin is sometimes referred to as the “glue” that holds muscle cells together.

When DNA is first “read” by cellular enzymes, the result is a pre-messenger RNA (pre-mRNA). This pre-mRNA contains both introns and exons. More cellular enzymes join the party: some cut out the introns and others splice the exons together to form mRNA. It is this mRNA that contains instructions the cell needs to make a protein.

The Exondys 51 namesake is partly derived from the word exon. Bet you can guess where “dys 51” comes from! 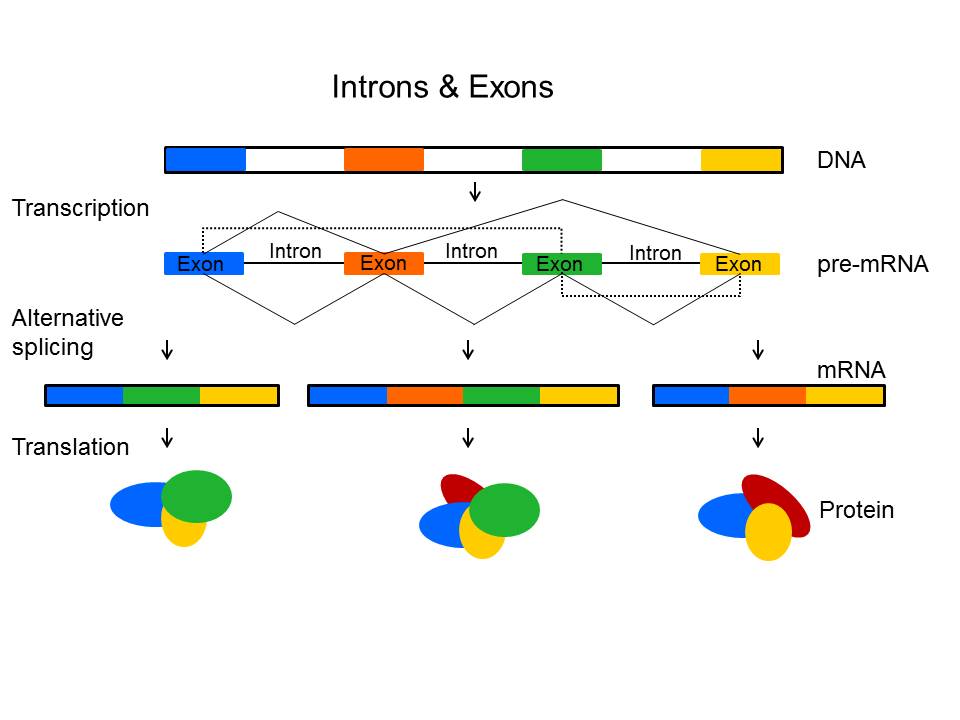 Introns are the segments in between the different colored exons shown above. Introns are discarded during splicing, leaving only the exons to make up the final protein product.

Exondys 51 is a first in class biologic. It is an antisense therapy, meaning it is a short, synthetic RNA analogue also referred to as an antisense oligo. When Exondys 51 enters a patient’s cell, it binds to exon 51. This binding causes the enzymes that convert pre-mRNA into mRNA to skip over that exon so that exon 51 is not included in the mRNA. The resulting mRNA produces a protein that is a truncated version of the normal dystrophin protein. 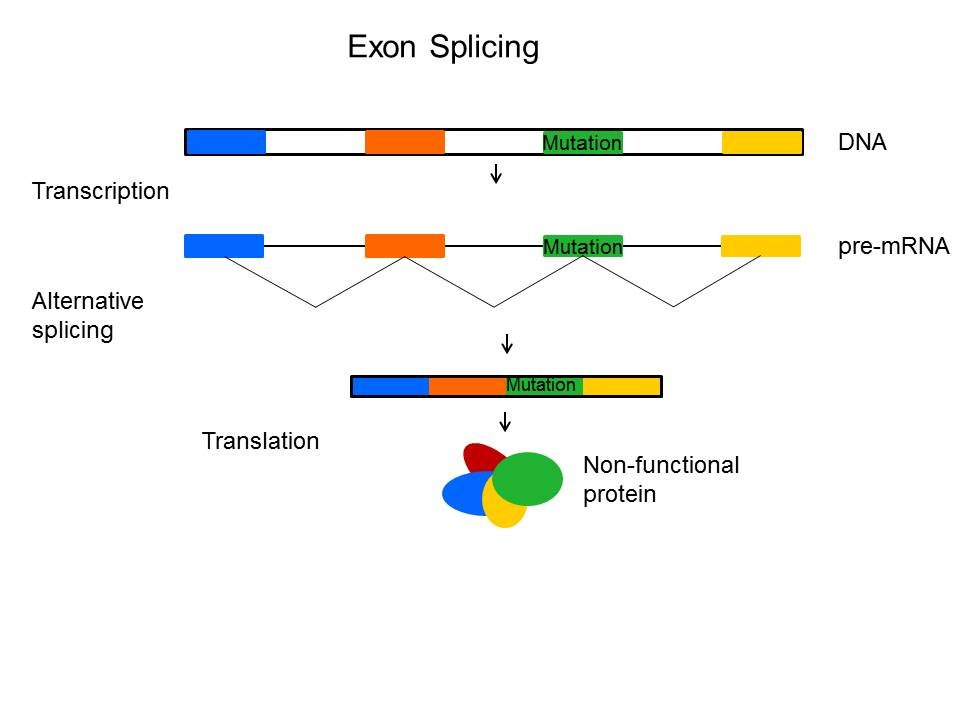 Interestingly enough, patients with Becker muscular dystrophy (another rare disease) naturally produce the same truncated dystrophin protein and experience a milder form of muscular disease as compared to DMD. So, the production of a partially functioning dystrophin protein appears to be enough to restore some functionality to damaged muscle cells.

Exon skipping involves an “antisense oligo” shown above that targets the mutation, rendering it incompatible. The mutation is now excluded from the makeup of the final protein.

All cases of DMD are caused by mutations in the dystrophin gene, a large gene containing 79 exons.  Mutations amenable to exon 51 account for about 13% of all DMD cases. Sarepta estimates it can develop exon-skipping technology for 80% of the DMD population and has therapies targeting exon 45 and exon 53 in Phase I and II clinical testing, respectively.

Cocktail Fodder: A Recipe For Splicing