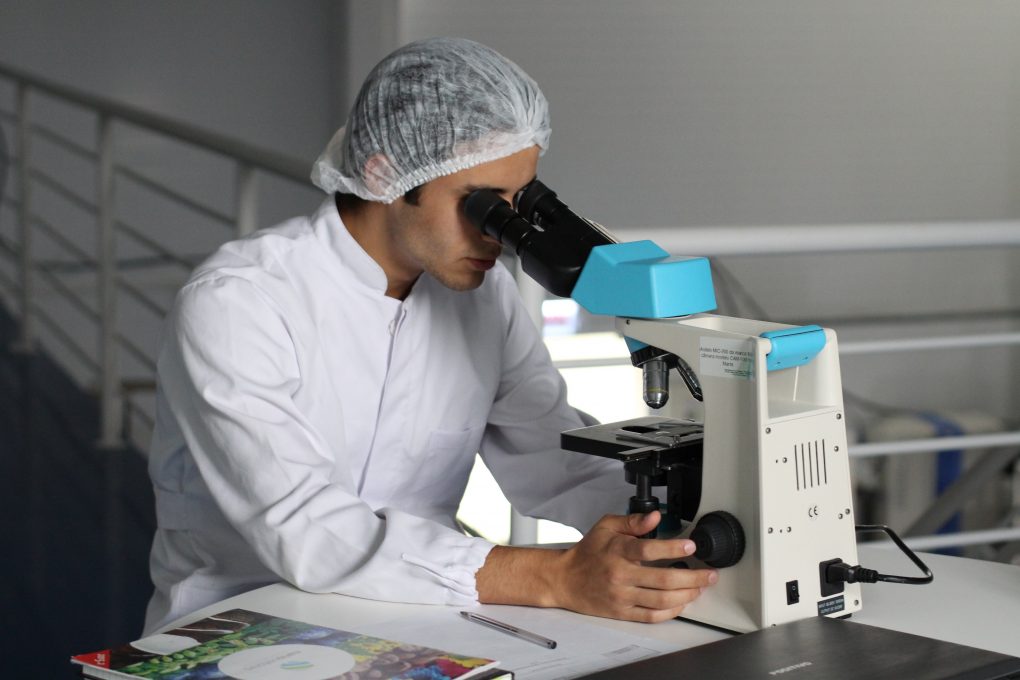 Phase III Is No Guarantee

Our last Biotech Primer WEEKLY explored the riskiest part of the human clinical trials pathway: Phase II. About 70% of drugs that enter Phase II never make it out. Most often, it’s because they fail to demonstrate effectiveness. Even making it to Phase III is no guarantee of success. About 40% of drugs fizzle out during this period. In today’s WEEKLY, we look at the final stage of clinical testing and the innovative clinical designs that are pushing for faster drug approvals.

Phase III clinical trials continue to test a treatment’s efficacy and safety, but in larger groups of patients. Bigger groups mean more statistically significant results. As in Phase II, the trials have traditionally been randomized, double-blind studies. If the investigational drug appears to work, patients are allowed to continue taking the medication after the trial ends, before regulatory approval.

In addition to randomized, double-blind trials, researchers have other study designs at their disposal, which we will explore below.

The Patriarchs: Parallel Vs Crossover Designs

Investigators sometimes decide to conduct a crossover study. Here, both groups receive the medicine and then the placebo or vice versa. The treatments are separated by a washout period in which patients are taken off the study medicine (or placebo) to eliminate any effects.

Both parallel and crossover studies include a baseline period before patients take the drug or placebo. It allows researchers to gather the initial health information against which they will compare changes observed during or after the study. For example, when assessing a new cholesterol medication, researchers might take baseline cholesterol levels.

A crossover study’s strength lies in its ability to capture differences in response to a drug versus a placebo in the same patient. This eliminates the inevitable individual variations among subjects in the experimental and control groups in the more traditional parallel study. 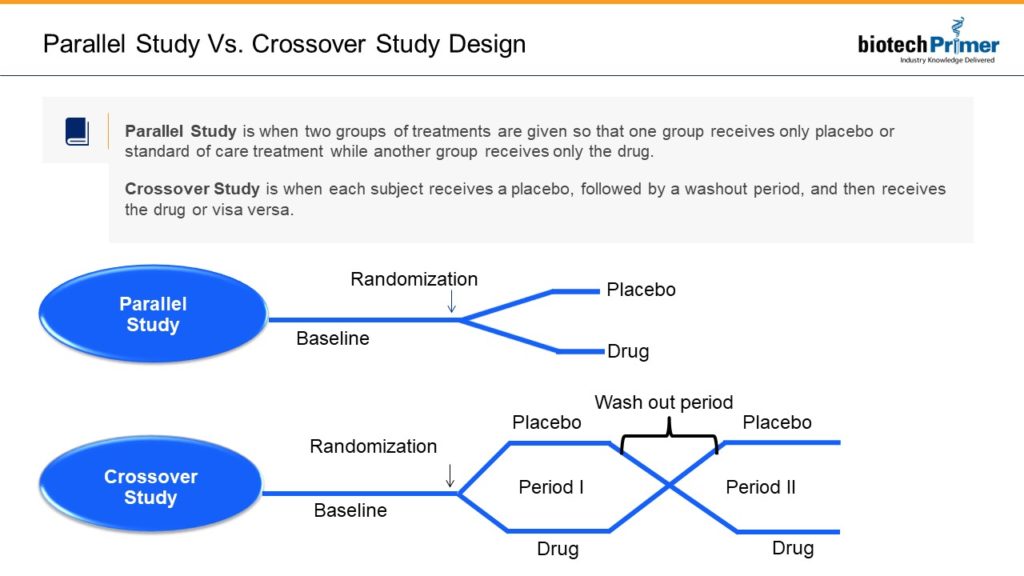 Adaptive studies offer more flexibility than traditional designs, and are gaining in popularity as more efficient in bringing new drugs to the market. They allow investigators to modify the trial design as they go, rather than spending time and money pursuing drug formulations or dosages that ultimately prove ineffective. For example, researchers may separate participants into different dosage groups. At a prespecified time, they may note how patients respond to different doses. If one dose seems more effective, the researchers will conduct the rest of the trials using only that dosage. Researchers set the trial protocol, which lays out the adaptation schedule and processes before the trial begins.

One prominent example of adaptive design is I-SPY 2 study (Investigation of Serial Studies to Predict Your Therapeutic Response with Imaging and Molecular Analysis). This trial, being conducted by 20 different cancer research centers across the US, examines up to 12 different breast cancer therapies at once. Drugs that show promise proceed to Phase III, allowing space for other drugs to enter the trial. “Graduates” of the I-SPY 2 study include AbbVie’s (North Chicago, IL) Veliparib and Merck’s (Kenilworth, NJ) MK-2206.

The 21st Century Cures Act promotes the use of adaptive trial design. This benefits volunteers, as researchers assign more patients to study groups taking medicine that demonstrates promise. It’s good news for non-study patients too, who stand to benefit from new treatments getting to market faster. (Article continues below)

Do you struggle to understand the basic science that your employer or clients are developing? Our 2-day BioBasics: Biotech for the Non-Scientist courses this fall will give you the science knowledge to hold your own in biopharma.
Register today!
September 26-27 in East Bay, CA
October 29-30 in Seattle, Washington
Can’t make the face-to-face course? Check out our Biology of Biotech online course
Biology of Biotech Online Learning

The design of clinical trials for new oncology drugs is changing to reflect our increasing understanding of cancer as a disease driven by mutations. Traditionally, trials test drugs on a specific illness, say, lung or breast cancer. In contrast, basket trials classify cancers according to the mutation they exhibit, not the tissue they affect. For example, the FDA initially approved the drug Zelboraf for melanoma patients with a mutation in their “BRAF” gene. Researchers at Memorial Sloan Kettering Cancer Center (New York, NY) explored whether Zelboraf could work against other cancers with the same genetic signature, the BRAF mutation. The results indicated that Zelboraf also effectively treated BRAF-mutated non-small cell lung cancer, Erdheim-Chester disease, and Langerhans cell histiocytosis. These last two, rare blood cancers, illustrate a key benefit of basket trials: they may offer patients with rare cancers better access to clinical trials, depending on their tumor’s genetic signature.

These trials reflect the fact that scientists classify most cancers as specific subtypes based on the mutation involved. An umbrella study may look at patients with one type of cancer, for example, lung cancer. However, researchers divide participants into subgroups based on the particular mutation behind their lung cancer, and treat them with drugs designed to target the subtype specifically. This allows researchers to identify patients most likely to benefit from the new drug.

One ongoing umbrella study is the National Cancer Institute’s Alchemist Lung Cancer Enrichment Marker Identification and Sequencing Trials (ALCHEMIST) study. In it, researchers sequence patients’ tumors and assign them to different treatment groups according to the subtype mutation. 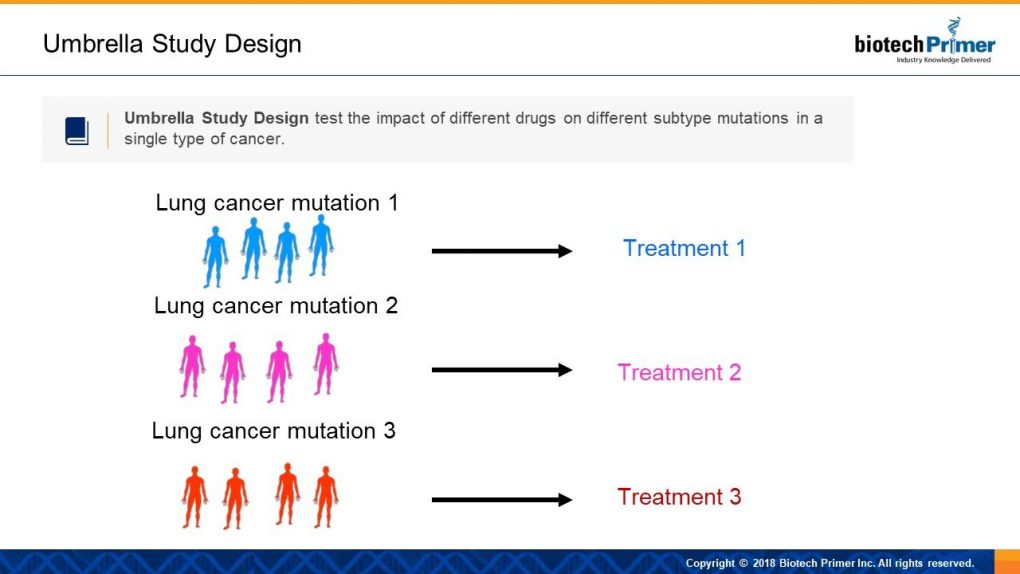 Phase III is the final hurdle for drug candidates. If a drug “survives,” things are looking good for developers and patients alike. It’s not a slam dunk yet though, so next week we look at the approval process and what comes next.