The Rise Of Nanomedicine 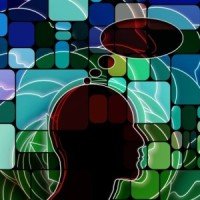 Biotech Teams Up with Nanotech

Imagine swallowing a pill containing microscopic magnets. After these “magnetic nanoparticles” make their way to the stomach, they are absorbed into the bloodstream to uncover disease associated proteins and other molecules. Envision these tiny explorers relaying their findings to a band worn discretely on your wrist.

The potential to identify disease early with nanoparticles, rather than later with more conventional technologies, is a game changer. In fact, Google X’s (Mountain View, CA) life sciences arm announced this very vision last fall. While the details of the plan are not public knowledge, their goal is to make this type of nanotech available in five years.

Nanotechnology is defined as the understanding and control of matter at an extremely small scale, and pairing it with biotechnology makes for some powerful possibilities. In this WEEKLY we’ll take a look at a few applications  a little less secretive than Google’s nanoscale disease detectives.

A 3D cancer vaccine released from nanomaterials is in the works at the Harvard Weiss Institute for Biological Engineering (Cambridge, MA). It builds upon the concept behind Dendreon’s (Seattle, Washington) personalized prostate cancer immunotherapy Provenge.

3D vaccines are micro-sized silica rods suspended in liquid, injected under the skin, and once inside, the rods reassemble into a three-dimensional structure. The silica rods contain nano-sized pores loaded with a combination of  chemical messengers and antigens meant to attract and activate dendritic cells. The freshly activated dendritic cells diffuse out of the structure, circulate throughout the body, and alert the immune system when they encounter a hit (think cancer cell or pathogen).

3D vaccines can be quickly modified to target different disease antigens by simply changing the load in the nanopores of the silica rods—imagine that speed and flexibility during epidemics and pandemics. To date mice testing has shown significant delayed tumor growth.

MagForce’s (Berlin, Germany) NanoTherm is approved by the EMA to treat gliablastoma and sights are set on a future FDA approval. NanoTherm is a highly specific solid tumor treatment and is classified as a “ferrofluid”—a liquid that reacts to the presence of a magnetic field. The water contained iron oxide nanoparticles are the actual component of the therapy that reacts to the magnetic field.

NanoTherm is injected directly into a tumor and the location subjected to a magnetic field. Iron oxide nanoparticles convert the magnetic energy into heat, which is enough to either kill the tumor directly or to increase the tumor’s sensitivity to other treatments such as chemotherapy. MagForce is conducting clinical trials for prostate cancer in both the U.S. and E.U.

A nanotechnology lecture given in 1959, called There’s Plenty of Room at the Bottom, may have very well spurred the idea of nanomedicine. The idea of swallowing a “tiny doctor” to work on individual cells in the body certainly brightened the eyes of science fiction writers at the time. Today, the roots of the field are credited to the lecturer—Nobel Prize winning physicist Richard Feynman.

Another magnetic nanoparticle approach to treating cancer is in development at Bay Area biotech Accurexa. Instead of targeting solid tumors, their aim is to “mop up” circulating tumor cells (CTCs). CTCs are cancer cells splintered off from a tumor that circulate in the bloodstream and may lead to metastasis. Antibodies (specific to the CTCs) attached to magnetic nanoparticles are injected into a patient prior to surgery. The concept: the antibody locks onto the CTC and the magnetic nanoparticle reacts to a magnet and corrals the CTCs into one site.  A magnetic field is exacted on the congregated nanoparticles, where heat destroys the CTCs. Plans are in the works for a clinical trial in breast cancer patients undergoing surgery.